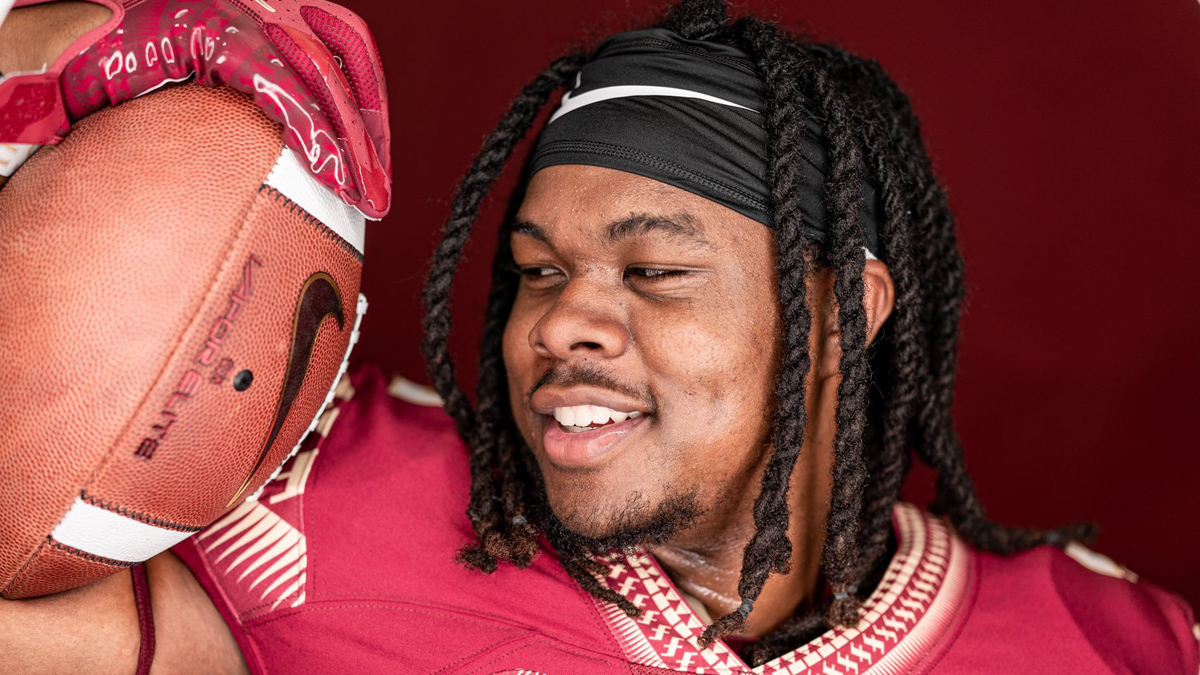 Former Florida State linebacker Jayion McCluster has found a new home at an HBCU after hitting the transfer portal in December.

Former Florida State linebacker Jayion McCluster is taking his talents to the SWAC.

The former three-star prospect has committed to Alabama State. He announced his commitment via a video on Twitter.

McCluster was a No. 16 inside linebacker nationally according to 247Sports Composite in the 2020 class coming out of Largo, FL. He had 159 tackles his senior season while helping Largo to 8-4 record and appearance in 6A state playoffs, and was selected to the 2020 Under Armour All-American Game. McCluster had a total of 19 offers, including programs like Auburn, Boston College, Florida, Kentucky, LSU and Miami. He ultimately committed to Florida State in 2019.

McCluster made his FSU debut in the 2020 season finale vs. Duke, recording one solo stop in 56-35 win vs. Blue Devils. He was the recipient of the FSU Defense Scout Team Award recipient that season. He spent all 2021 on the scout team before hitting the transfer portal in December. He was one of several linebackers to leave the Power Five program.

McCluster joins an Alabama State program undergoing a rebuild behind new head coach Eddie Robinson Jr. He’s a guy who knows a thing or two about playing linebacker as he had a long and lengthy pro career in the NFL. Now he’s got a player looking to get on the field and showcase what he can do after limited action at FSU.