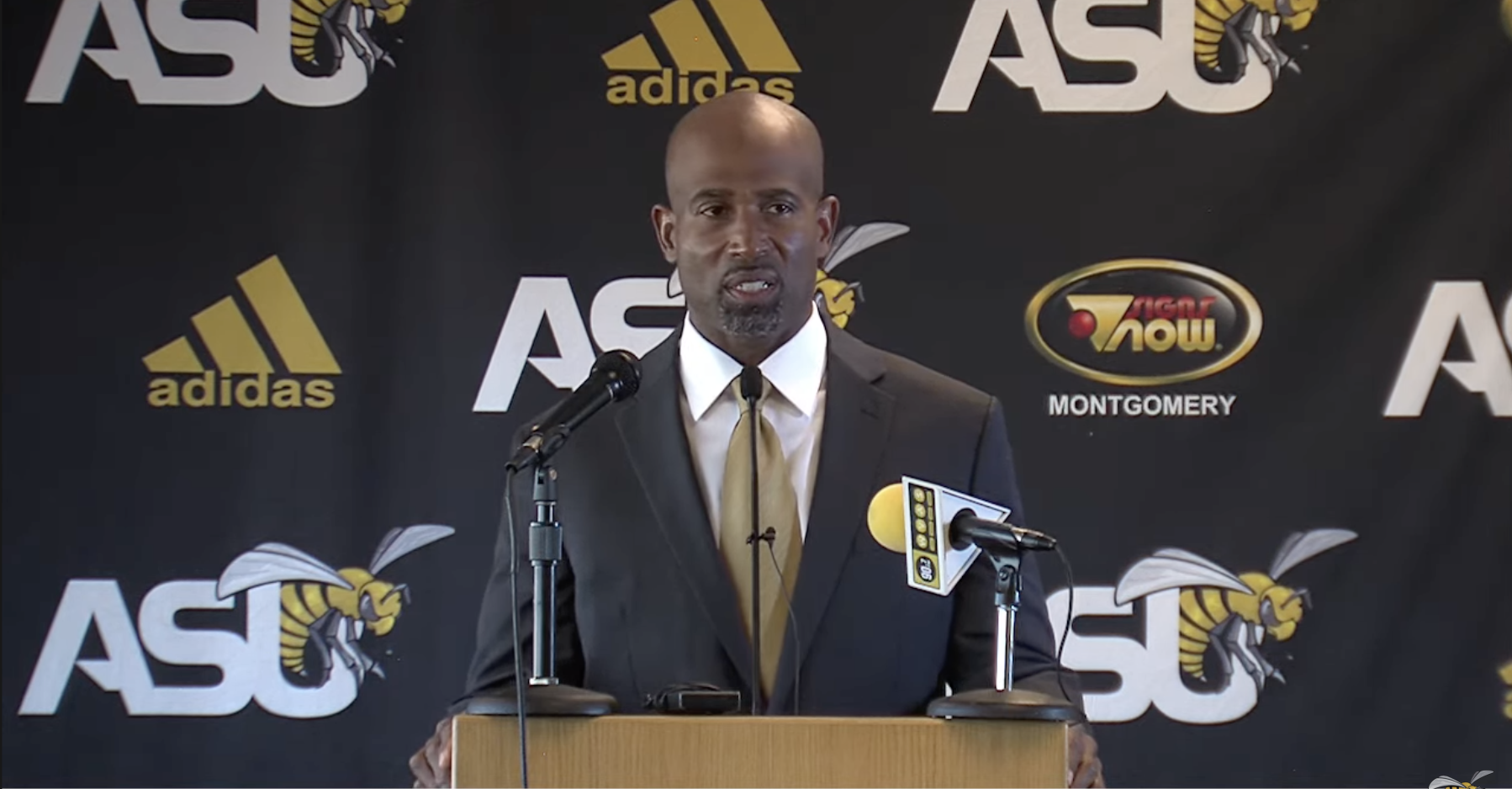 Robinson has never been a head coach in college, or anywhere else.

“We’ve done our due diligence,” ASU Director of Athletics Dr. Jason Cable said while introducing Robinson. “He has the leadership capabilities. He’s going to be the CEO, and we’re going to put an experienced staff around him.”

He replaces Donald Hill-Eley who was fired on Nov. 1 after serving as head coach for four years. ASU was 20-21 under Hill-Eley, who took over as interim head coach after Brian Jenkins was fired by Alabama State during the 2017 season.

A native of New Orleans, Robinson is not the son of the legendary head coach with the same name. Robinson arrived in Montgomery in 1988 as a walk-on offensive lineman.  A three-time All-SWAC selection, he accumulated 233 tackles and 11 sacks and was a part of ASU’s 1991 SWAC Championship team and winner of the Heritage Bowl. Robinson shone in the Blue-Gray All-Star Game, making 16 tackles and forcing a fumble.

Robinson was selected in the second round (50th overall) of the 1992 NFL Draft by the Houston Oilers. Robinson started 11 seasons in the NFL with the Oilers/Titans, Jacksonville Jaguars and Buffalo Bills, recording 608 total tackles, 23 sacks and six interceptions. He appeared in Super Bowl XXXIV with the Titans. In 1998, he became the youngest individual to be inducted into the SWAC Hall of Fame at 28 years old.

“I want to get this team — this nation — back to 1991 championship level,” Robinson told the media and audience.