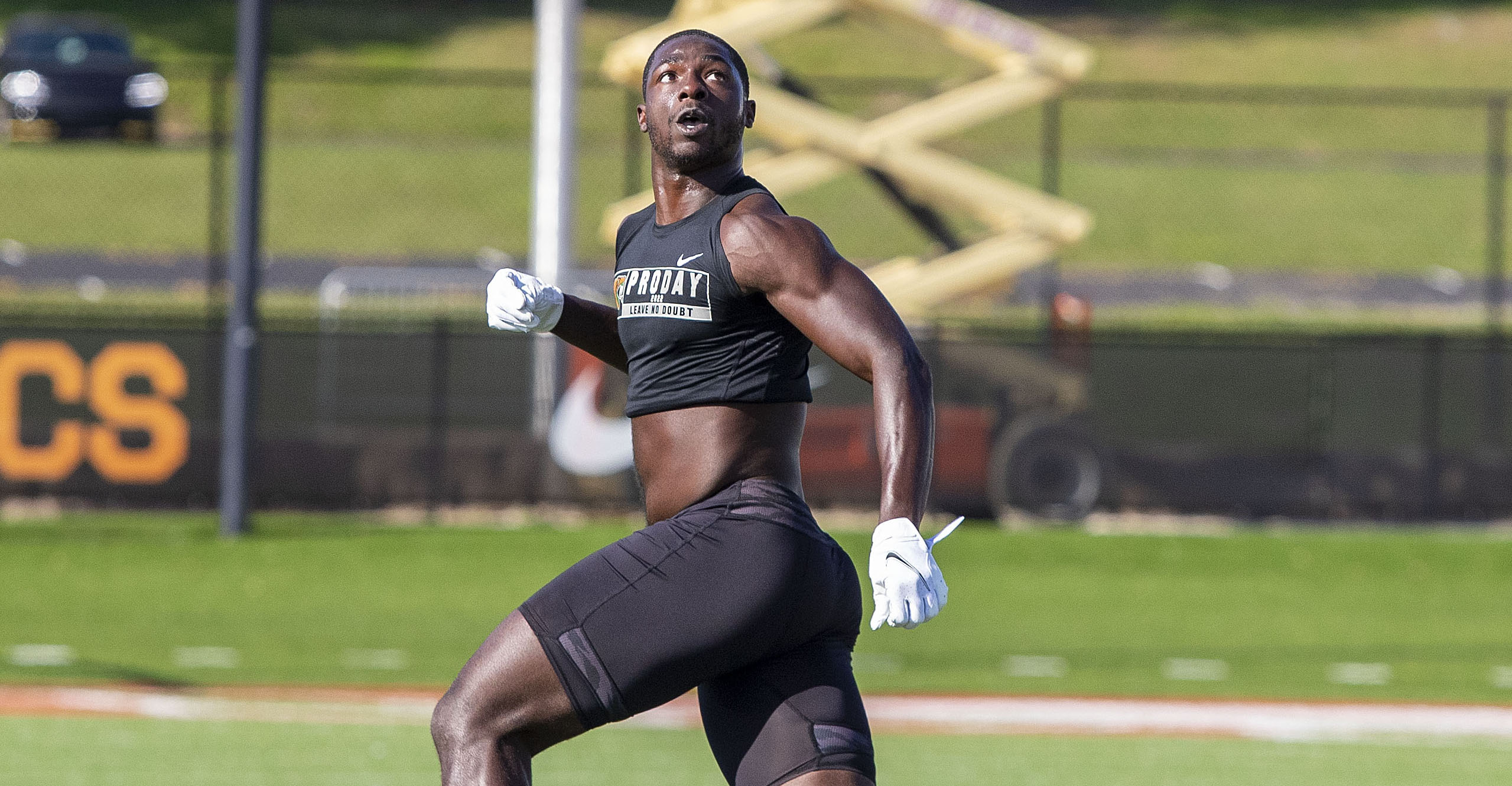 The hard hitting Bell has recently shown he has the speed to make him a legitimate NFL prospect.

Markquese Bell is trying not to put too much pressure on himself as the 2022 NFL Draft rapidly approaches.  That’s the opposite of the pressure he inflicted on offenses since 2019 when he joined the Rattlers, immediately becoming the Rattlers’ marquee defender.

From the time he stepped on campus, his athleticism and demeanor screamed leadership from the normally subdued Bridgeton, NJ native. Graduating as a 4-star prospect out of high school in 2017 he had his choice of schools to attend with offers from Michigan, Ohio State and many others.  He eventually chose the University of Maryland which was not far from his New Jersey home.  Bell would end up going the JUCO route and enroll at Coffeyville Community College in Kansas, where in 2018 he garnered 55 tackles and two interceptions.

In 2019, Bell transferred to FAMU and excelled within the stingy Rattler defense.  He was an immediate impact player.  FAMU head coach Willie Simmons said that Bell had one speed…game speed.  Simmons would end up holding Bell out of some full contact scrimmages to protect his offensive players from Bell’s hits.

After FAMU took the 2020 season off during the pandemic, Bell was eager to get back on the field and pre-season honors built as he was declared a bonafide NFL prospect by virtually every reputable medium.  In 2021, Bell led the Rattlers to another 9-2 regular season and a bid to the NCAA FCS Playoffs for the first time in over two decades for FAMU.  Bell would record a team-leading 95 tackles, virtually ending every play near the ball.  He would also collect two sacks, 6.5 tackles-for-loss and five forced fumbles.

During the season, Bell was the centerpoint of an ESPN weekly special.  NBA great Chris Paul executive produced a series called “Why Not Us?,” which had virtually unrestricted access to the Rattlers.  Bell was the focus of much of the series as it explored the ups and downs of being an NFL prospect at an HBCU.

Bell’s season was littered with accolades.  He was First Team All-SWAC and that led to a bevy of other rewards.  Ultimately as the season went on, scouts would often stop by FAMU’s practice including 12 scouts visiting in a single day.

He was invited to the NFL Combine where he did not disappoint.  His recorded 4.41 time in the 40-yard dash drew favorable responses.  He was always known as a hard-nosed hitting safety, but the speed indicated that with training he could be an elite coverage safety as well. Look for his name to be called during the 2022 NFL Draft.

• MEAC Defensive Player of the Week

•SWAC Defensive Player of the Week