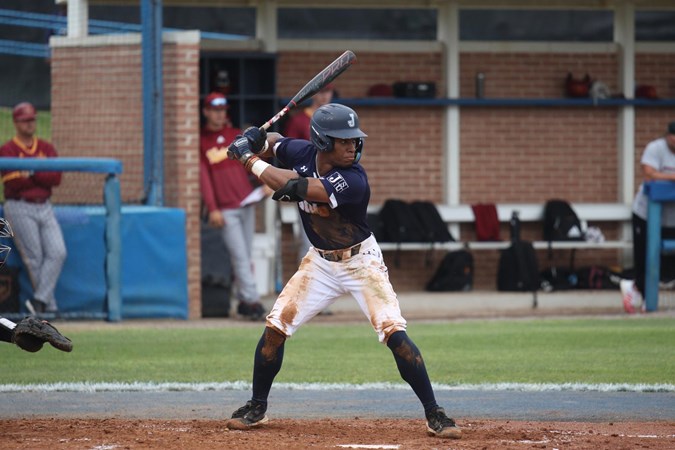 Rubber match is Saturday at 1pm

JSU started fast with a four-run first inning. Devontae Rhodes singled to shortstop with one out before Ty Hill singled to center. A pair of wild pitches allowed Rhodes to score as Hill moved to third. Jaelen Williams singled up the middle to give the Tigers a 2-0 lead. El’Rico Riley and Caleb Evans both walked to load the bases. Jefery Rodriguez walked to score Williams, and a wild pitch scored Riley to give the Tigers a 4-0 lead.

After falling behind 5-4 after four innings, the Tigers scored a pair of runs in the fifth to take a 6-5 lead. In the top of the seventh, Riley and Marcus Atterberry hit back-to-back solo home runs to lead off the inning to give JSU an 8-5 lead.

Leading 8-6 after seven innings, a six-run outburst allowed Jackson State to break the game open. Jatavis Melton led off with a walk, stole second, advanced to third on an error, and scored on Rhodes’ single up the middle. With one out, Williams singled to right center, moving Rhodes to third. After Riley walked to load the bases, Atterberry was hit by a pitch to score Rhodes for a 10-6 lead. Evans then delivered a single up the middle driving home Williams and Riley, while Atterberry scored on an error on the play for a 13-6 lead. Evans later scored on a wild pitch to give the Tigers a 14-6 lead.

Colby Guy got the win in relief, pitching 5 1/3 innings, allowing six hits and one run, walking one and striking out eight.

Game three of the series is Saturday at Noon CT, with live stats at gojsutigers.com.