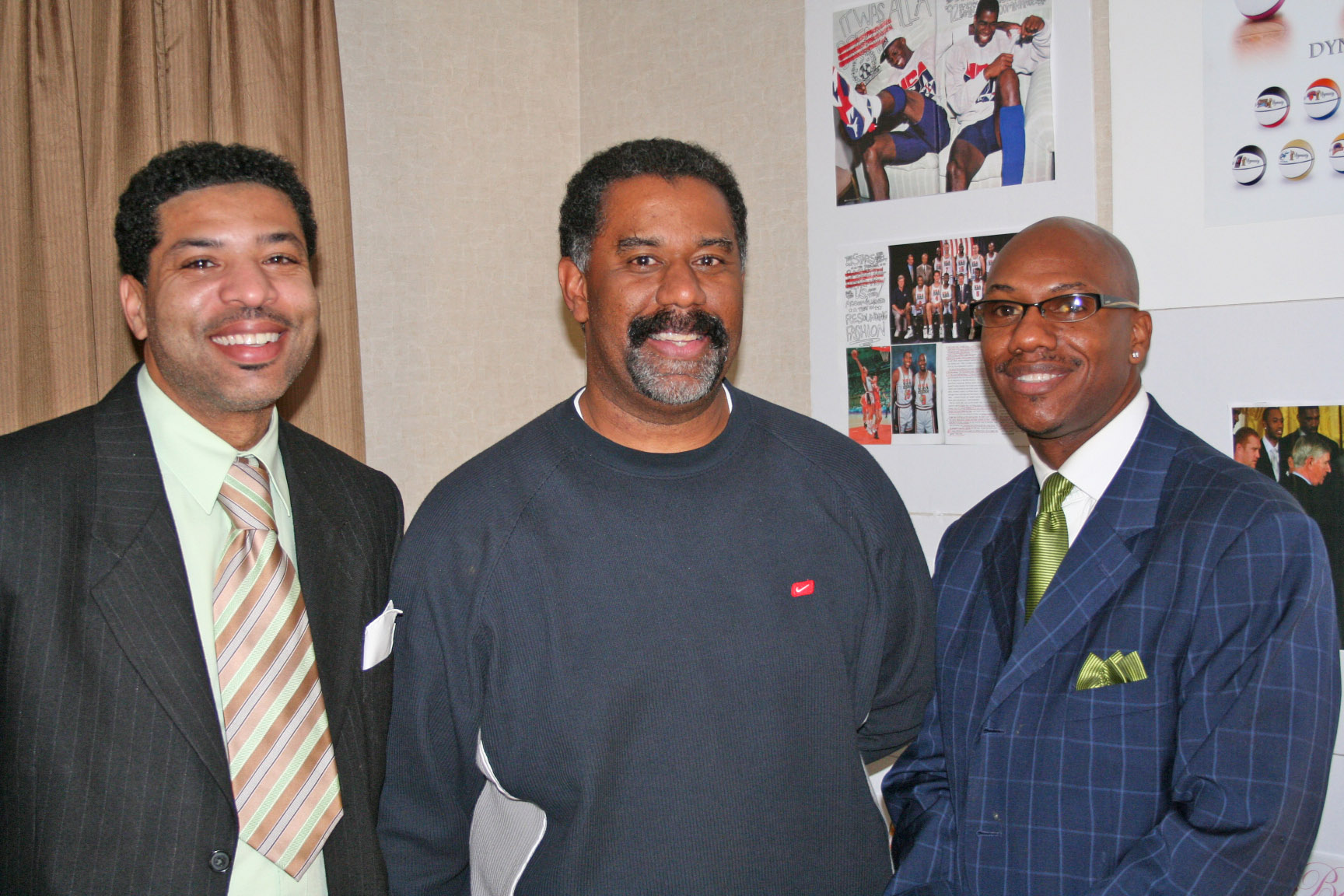 Cary Mitchell, a Johnson C. Smith graduate, who rose to fame designing pants for Tiger Woods and suits for a laundry list of sports stars, particularly in the NBA, passed unexpectedly Saturday in Charlotte, N. C.

Mitchell, 62, was reportedly rushed to the hospital Saturday with unbearable pain in his chest. He had emergency surgery for internal bleeding. He did not survive the procedure.

“The loss is crushing at times. Keep us and especially his wife Vanessa in your prayers,” John Mitchell posted.

JCSU President Clarence D. Armbrister shared a statement in response to Mitchell’s death acknowledging the service he provided for the university and worthwhile charities.

“His journey as a student who embraced his talent for clothing design, making it into a thriving career, all while remembering and honoring the communities from which he came including, of course, our Institution, is a true example of what we hope all our students become,” Armbrister said. “On behalf of the entire JCSU Family, I extend my heartfelt condolences to Cary’s family, friends and classmates.”

A celebration of life service will be held on April 15 at Victory Christian Center in Charlotte – The Dome. The facility is located at 7228 Kings Ridge Drive in Charlotte, N.C. A. E. Grier & Sons LLC is handling the arrangements. A memorial service is being planned in Richmond at a later date.

Mitchell was a Richmond, Va. native. The inspiration for his clothing design business, Cary Mitchell Designs, he told this reporter in the 1990s, came from his father, John Thomas “Tiger Tom” Mitchell.

The elder Mitchell was a popular Richmond area radio broadcaster and host for many of the R&B acts that came to the city. As announcer for stars like James Brown and Otis Redding, his father had to dress with style and flair. It was a trait the younger Mitchell said he picked up early in life.

While attending JCSU, Mitchell was a trainer for the basketball team. After graduating in 1983, the ambitious young Mitchell went to work in Paris for an American sporting goods company. He began designing suits for the company before starting his own firm. Later, he and his wife Vanessa both worked for U. S. Air and Piedmont Airlines based in Charlotte, N. C.

He came into contact with the NBA’s Charlotte Hornets and its team members who used the airlines for travel. His first NBA client was Johnny Newman, a University of Richmond product and Danville, Va. native who joined the Hornets in 1990. That collaboration led to NBA-wide familiarity with Mitchell’s skill and craftsmanship.

I would often receive calls from Mitchell at NBA All-Star games or from the home of one of his clients. as he criss-crossed the country taking measurements, presenting fabric and color options.

He most often worked and was contracted through agents, helping to craft their players’ image beginning with how they dressed for the NBA Draft. The agents worked closely with shoe companies and other corporate sponsors. In the 2002 NBA Draft that included top pick Yao Ming, Mitchell reportedly designed suits for eight of the top 12 draftees.

One of those contacts with Nike led to his work in 1998 as a pants designer for young golf mega-star Tiger Woods, two years after Woods’ professional debut. Mitchell was featured in and graced the covers of a number of magazines for his work with Woods and was dubbed “Tiger’s Pants Guy” in 2004 by Sports Illustrated.

He told the magazine, “I’m paid by Nike but they don’t sell my designs. When Tiger orders his pants, I send them to Nike and they give them to him.”

Cary Mitchell and the Bobcats

In 2004, Mitchell worked with the NBA’s new Charlotte Bobcats franchise and owner Bob Johnson to design uniforms for the team and attire for its arena workers. Mitchell collaborated with Chicago-based NVU Productions, Reebok, and the NBA to develop the club’s uniform, which included orange, blue, black, and silver. The Bobcats were the only team in NBA history to feature orange as its primary color.

“Cary is an innovator in the apparel design field who understands the needs and tastes of today’s professional athletes,” Ed Tapscott, the Bobcats’ executive vice president and chief operating officer, said in 2003. “He has played an integral role in the development of the team’s identity, and we are excited about the possibilities Cary brings to the design of our new Charlotte Bobcats uniform.”

He donated his design fee from the Bobcats to charity, with recipients including A Child’s Place and the United Negro College Fund.

Cary Mitchell in the community

In addition to his work with pro athletes and celebrities, Mitchell was also very active in the Charlotte and Richmond communities and was a big-time supporter of Johnson C. Smith and HBCUs.

He put on the Legacy Classic in Charlotte from 1999-2003, a doubleheader featuring four North Carolina HBCU teams from the MEAC and CIAA on the Martin Luther King Jr. holiday weekend. He had stints on trustee boards at JCSU, Levine Museum of the New South, Big Brothers, Big Sisters, and the Dell Curry Foundation.

As a result of his work with Woods and Nike, Mitchell brought Tiger’s father, Earl Woods, as a guest speaker for a JC Smith Sports Hall of Fame induction ceremony.

“Cary Mitchell cared deeply about community, but especially about the Black communities in Charlotte and Richmond,” Nick Wharton, president and chief executive officer of the Charlotte Area Fund, told the RIchmond Free Press.

“For years, with his charming and disarming personality, Cary privately admonished pro athletes to control their own finances and invest in uplifting the Black communities that had ignited their pro careers. Cary’s sincere character, personal integrity and commitment to community will live on.”

Mitchell was still very much connected with Richmond, where he grew up, graduated from Huguenot High School and where many family members still live. Richmond Mayor Levar M. Stoney credited Mitchell with helping to secure the most recent revival of the Armstrong-Walker Classic, the big post-Thanksgiving football game between the city’s two Black high schools that ended in 1978. Cary and his brother, John were part of the initiative last November that included a parade and youth football games.

The last contact with him was a couple of weeks ago when he informed me of Bobby Dandridge Day to be held in their hometown of Richmond on May 7. It will honor the former Maggie L. Walker High School and Norfolk State University star who went on to become a four-time NBA All-Star and two-time NBA champion. Dandridge was inducted in 2021 into the Naismith Memorial Basketball Hall of Fame.