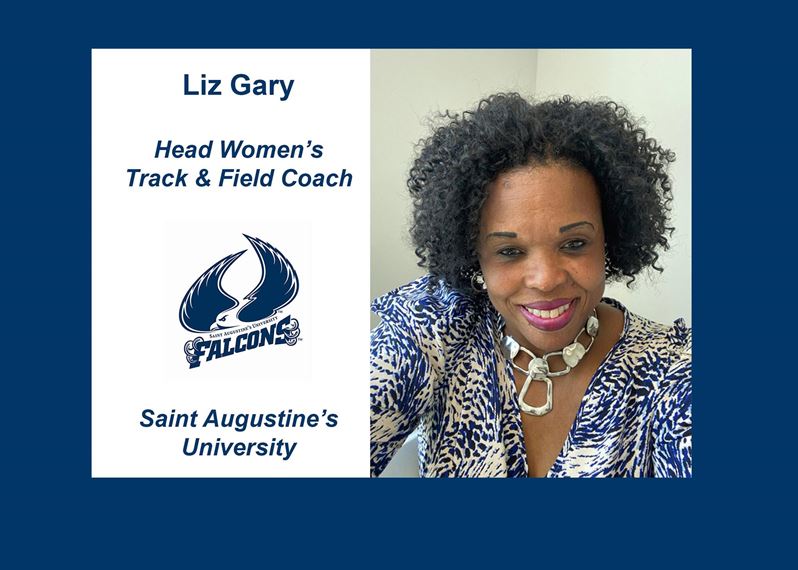 Saint Augustine’s University has brought in one of its own to take over its women’s track program.

The SAU Department of Athletics announced Friday, April 1, that Gary will be the new head women’s track and field coach for the Lady Falcons. The hiring comes full circle for Gary, who competed on the track and field team as a collegian before embarking on a tremendous high school coaching and teaching career.

Gary also exceled as an educator and administrator at Southeast Raleigh High School. She was the assistant athletic director for two years and has been a health and physical education instructor since 2010.

Her most recent honor was winning the school’s 2021-2022 Teacher of the Year Award.

Her coaching career started after she graduated from then-Saint Augustine’s College with a Bachelor of Arts degree in physical education in 1992 and from East Carolina University with a Master of Arts in health education in 1994.

With her exceptional teaching and coaching skills, Gary is excited to be at Saint Augustine’s University, where the Lady Falcons have claimed 10 of the track and field program’s 39 NCAA Division II national titles.

As a student-athlete, Gary was a part of the track and field dynasty in the late 1980s and early 1990s.

Gary was an stellar long distance runner for the Lady Falcons. She was a CIAA Cross Country champion, a two-time regional cross country qualifier, a CIAA outdoor champion in the 800-meter and 1500-meter run and was named the CIAA Most Valuable Runner in 1992.

She looks forward to more success as head coach.

836
The Latest in HBCU Sports and Culture

821
The Latest in HBCU Sports and Culture