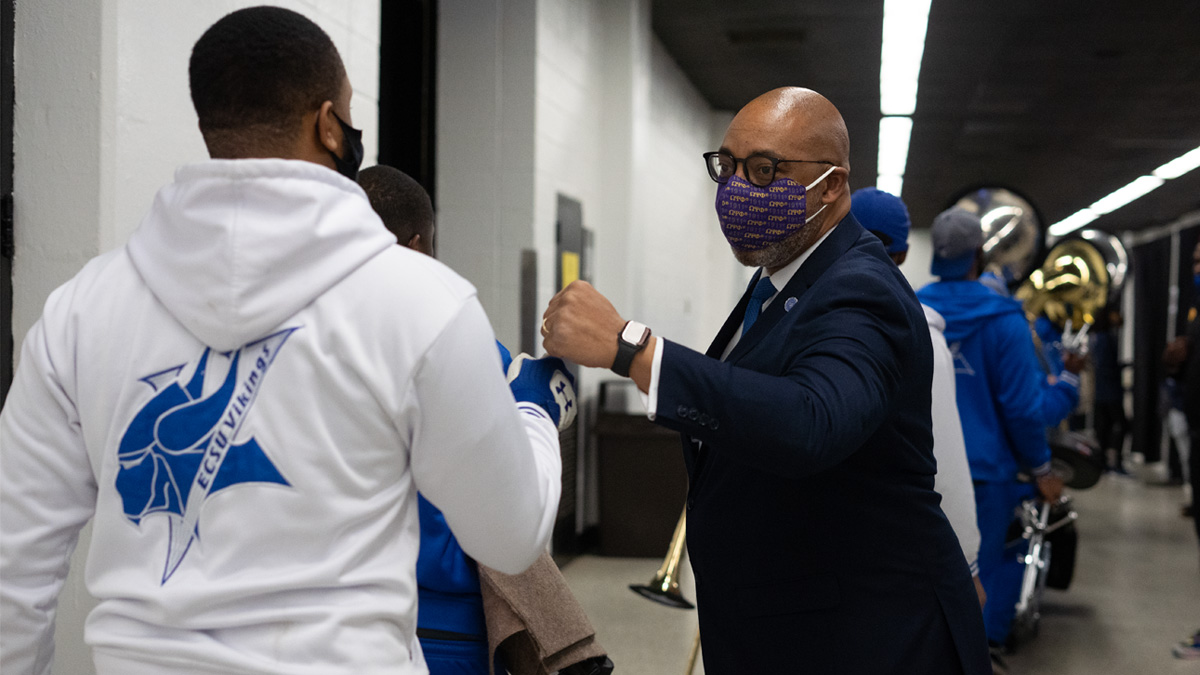 Elizabeth City State University is looking for a new director of athletics after parting ways with George L. Bright.

Elizabeth City State is undergoing change in its Department of Athletics.

ECSU and George L. Bright have parted ways, effective immediately, according to an email sent out on Thursday afternoon.

“Please join me in wishing him well in his future endeavors,” Dr. Karrie G. Dixon, ECSU Chancellor, wrote in a brief statement. Dr. Gary Brown, VP for Student Affairs at the school, will oversee athletics until an interim is named.

While both football and men’s basketball have struggled during Bright’s tenure, ECSU’s women’s basketball program had its best season in years recently. It went 21-8, making it to the CIAA Championship game against Lincoln University.

Elizabeth City State has battled with enrollment issues for much of the last decade but has recently seen enrollment grow upward, and athletics has been identified as an area of growth for the university.

Bright holds a Bachelor of Arts in music performance from Claflin University; a Master of Arts in rehabilitation counseling from South Carolina State University; and is currently working on his doctorate in Educational Leadership and Administration from East Stroudsburg University in Pennsylvania.