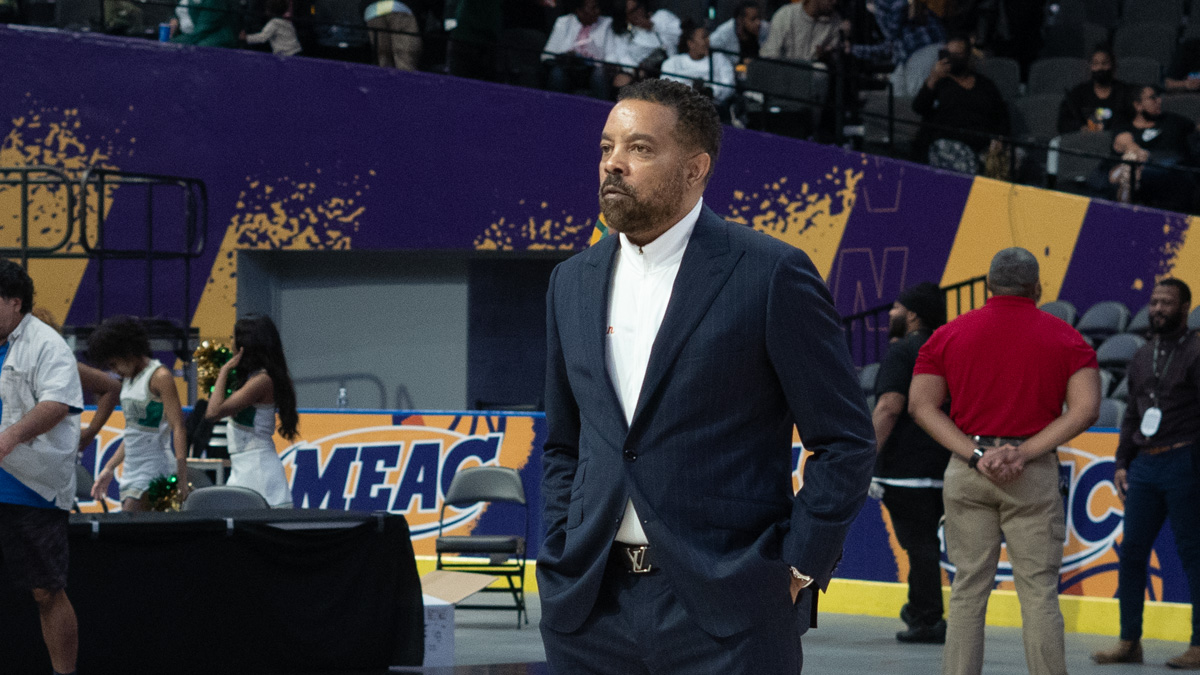 Morgan State University has come to a deal with men’s basketball head coach Kevin Broadus to keep him in Baltimore in the near future.

BALTIMORE (March 30, 2022) — Morgan State University President David K. Wilson has announced that men’s basketball coach Kevin Broadus has agreed to a two-year contract extension, continuing his leadership of the Bears program through the 2026-27 season. Broadus is entering his fourth season at the helm of the program after being named as the men’s head basketball coach in 2019.

“Coach Broadus has placed the basketball program at Morgan in a position of positive growth and continued competitiveness,” said President Wilson. “I have no doubt that the program is on a winning trajectory, both at the conference level and beyond. It is for this reason that I have made the decision to extend Coach Broadus’ tenure as the head of men’s basketball and will support its continued elevation.”

The Broadus-led Bears team compiled several significant victories over non-conference competition in this most recent season, elevating the caliber of wins for a program that aims to compete at a championship level within the Mid-Eastern Athletic Conference (MEAC). Broadus demonstrated exemplary leadership while successfully overcoming a number of challenges at the onset of his tenure at Morgan, including having to navigate rebuilding a program under the shadow of the COVID-19 pandemic.

This past season, Morgan finished with a record of 13-15 overall, and placed fourth in the MEAC standings with a 7-6 record while advancing to the MEAC Tournament semifinals game. The previous season the team made it to the MEAC championship game.

“It’s an honor to serve as the head coach of Morgan’s men’s basketball team. I want to thank President Wilson and his administrative team for believing in me as their Coach,” said Kevin Broadus. “I’m excited to continue to build this program to a MEAC Championship, by investing in great people and players. I’m excited to help our guys advance both on and off the court and look forward to next season when we can get back into Hill Field House with our fans.”

Under Broadus, Morgan State has drawn national attention by playing in several high profile and historic games this season, including the inaugural Boost Mobile HBCU Challenge hosted by Chris Paul in Phoenix, Arizona, and the first-ever NBA All-Star HBCU Classic presented by AT&T. The team also participated in the postseason, accepting an invitation to compete in The Basketball Classic presented by Eracism.

Morgan State is 42-39 in three seasons under Broadus, including a 23-18 conference mark. Broadus has posted at least 13 wins in each of his campaigns for the Bears. Next season, the team is being projected to welcome one of the top recruiting classes for the MEAC.

519
The Latest in HBCU Sports and Culture