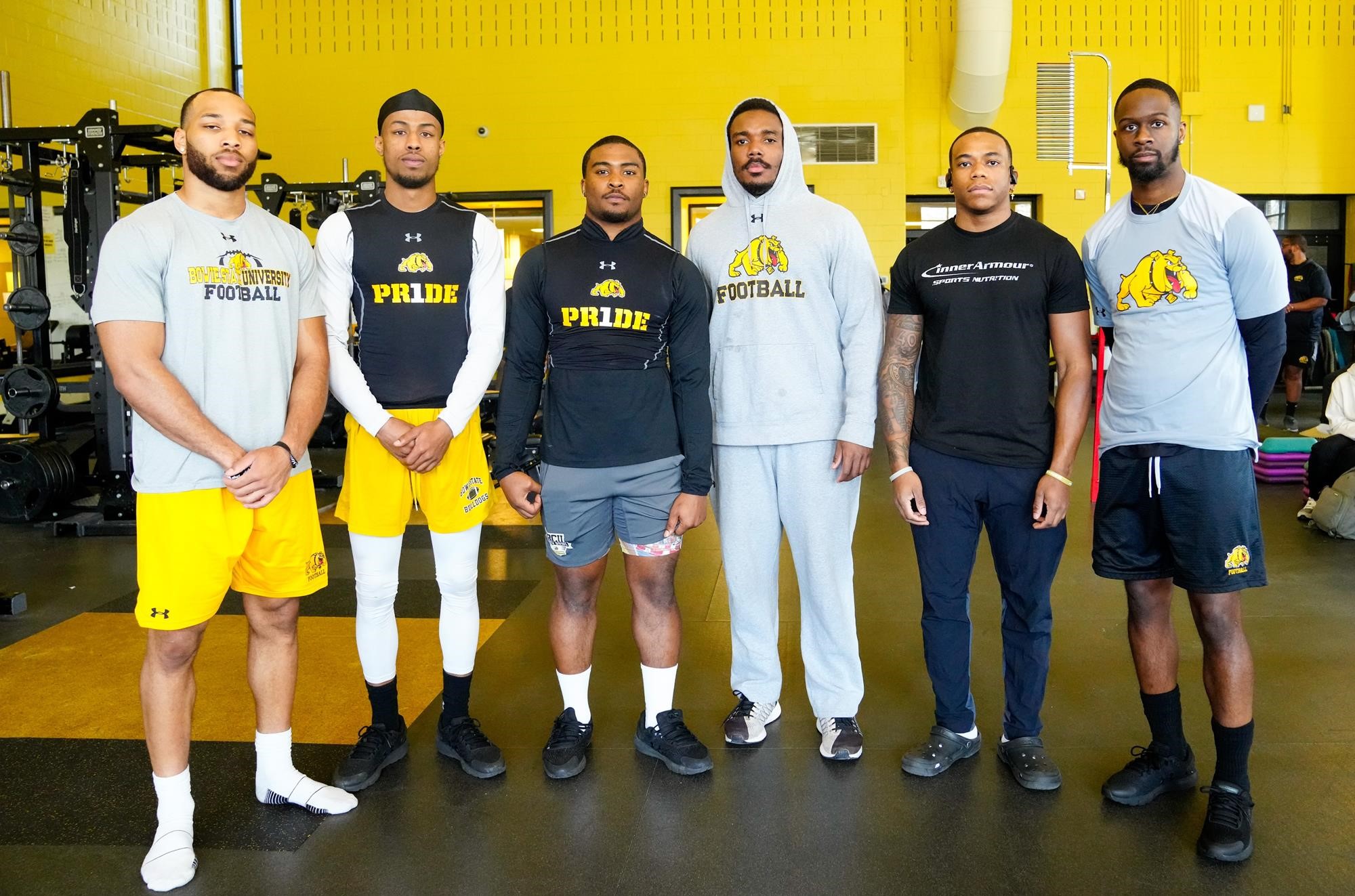 BOWIE, Md. – Six Bowie State football Bulldogs showcased their talents in front of representatives from NFL and CFL teams at the Bowie State annual Pro Day, which was held on March 30, 2022, at Bulldogs Stadium.

“It was great to have the scouts come see our seniors that would like to continue playing the game they love,” said head coach Damon Wilson.  “It doesn’t matter what level of football you play, the scouts will find you. I was glad to see so many of our underclassman out to support our seniors. They now have a reference point to go pull from if they desire to continue to play football after college. They had the opportunity to see the business side of the game today and see the level of commitment that is needed.”

Top two performances came from Bowie State’s Myles Wolfolk (Largo, MD) and Wesley Bowers (Fort Washington, MD). Wolfolk improved on his numbers from his pro day at the University of North Carolina (Chapel Hill) while Bowers had an overall good performance, impressing scouts with his versatility regarding his fieldwork.

Additionally, other players from Bowie State football that participated were Tevin Singleton (District Heights, MD), Jarome Johnson (Washington, DC), Simeon Gatling (Greensboro, MD) and Calil Wilkins (Temple Hills, MD). Due to injury he encountered during the HBCU Bowl Game, Wilkins was unable to do field drills but is expected be at full strength by minicamp.