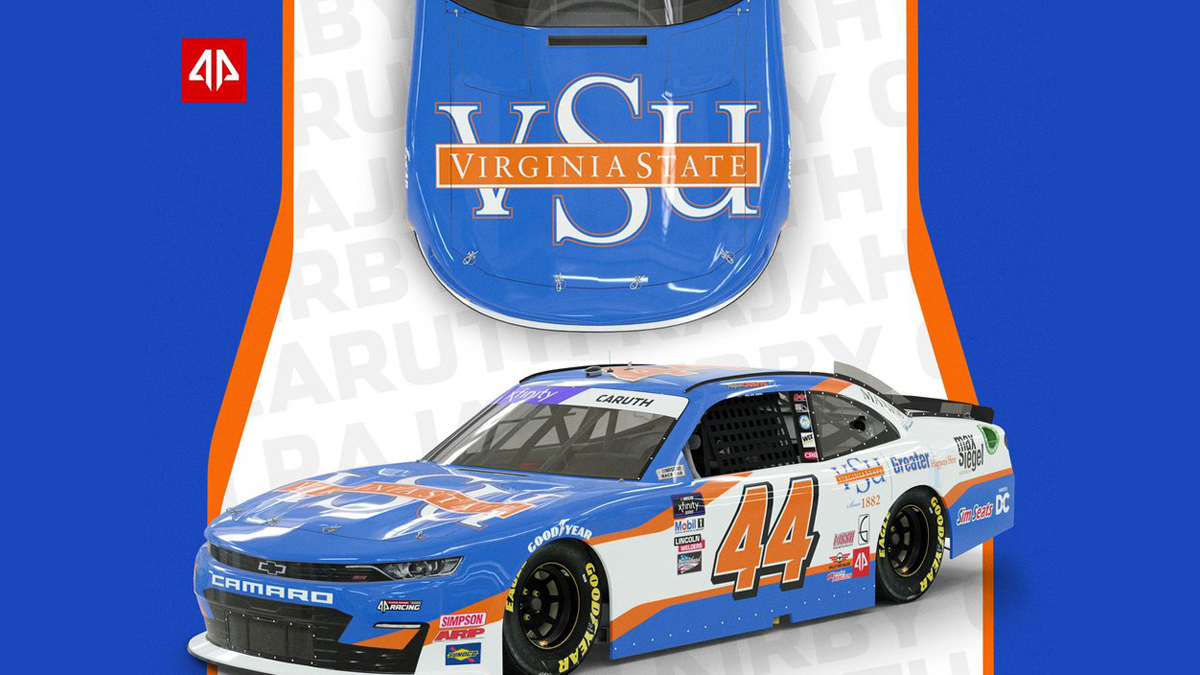 Rajah Caruth to race with Virginia State as theme at Richmond

Winston-Salem State student and driver Rajah Caruth will make his Xfinity debut with another HBCU as his car’s theme in Richmond on Saturday.

Rajah Caruth is currently a sophomore at Winston-Salem State University, but he will make his Xfinity debut with another HBCU on the hood of his car.

Virginia State University will serve as the theme for Caruth’s car at Richmond Raceway when he becomes just the eighth black driver to run in the Xfinity series on Saturday. He will be the third active black driver in NASCAR’s three national divisions. Bubba Wallace currently competes in the NASCAR Cup Series for 23XI Racing while Jesse Iwuji competes in the NASCAR Xfinity Series for Jesse Iwuji Motorsports.

“VSU is dedicated to using a holistic approach to academic excellence and student success and engagement,” VSU President Dr. Makola M. Abdullah said at the announcement of the partnership in 2021.” This partnership helps to meet our goals of providing our students with leadership and professional development skills and experiential learning to further prepare them to be globally competitive.”

The race will be Caruth’s first with the Alpha Prime Racing team. Caruth enjoyed a strong year in 2021, during which he competed in the ARCA Menards Series East and select Late Model events. He won three Late Model races last year as part of Rev Racing’s Drive for Diversity team and finished sixth in the East Series standings, scoring two top-five and four top-10 finishes.

Rajah Caruth originally came to NASCAR as part of the Drive for Diversity program. In 2018, he was one of a dozen applicants ages 12-17 selected from a national pool to compete for four spots on the team. Caruth was the only racer who came from an iracing background and who had never set foot in a racecar until he was 16 years old—very rare for NASCAR drivers. The Drive for Diversity Program is aimed at getting more people of color and women participating in NASCAR, as they have been historically underrepresented in the sport.

Caruth is pursuing a degree in motorsports management at WSSU. WSSU is the only HBCU with that course of study.

Rajah Caruth to race with Virginia State as theme at Richmond