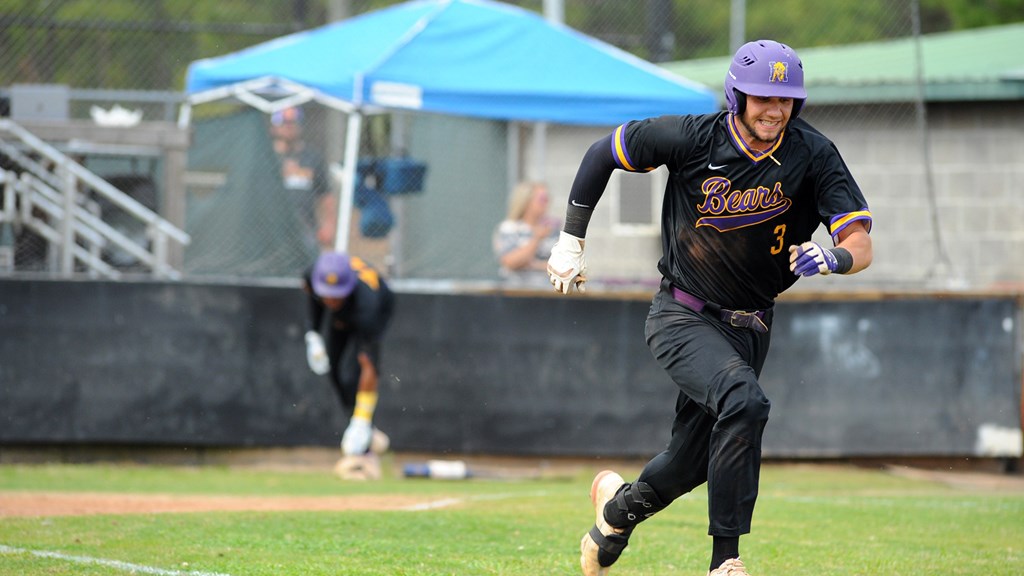 The Miles College baseball team continues to roll this season

The Miles College baseball team continues to roll this season, extending the school record for consecutive victories and setting the team mark for home runs in the season as the Golden Bears (18-9, 15-3 SIAC West) swept a three-game series from Benedict (3-24, 2-14 SIAC East), winning 25-8, 21-7, and 18-8. The team hit 10 home runs this weekend to get to 32 on the season, surpassing the 30 it amassed during the 2017 campaign, and has now won 13 straight games. The 25 runs scored in the series opener were the most by a Miles team since scoring 26 in a win over Kentucky State in 2016.

Jacob Bisharat hit three home runs, scored 10 times and reached base all 14 times he came to the plate. Michael Archie also hit three home runs and reached base in 13 of his 14 plate appearances with 13 runs batted in. Other big weekend performances came from Kody Long, who extended his hit streak to 14 games and is currently batting .406; Will Cantey, who had eight hits and drove in 10 runs, including his first career home run; Eli Snelson had a team-high nine hits and 11 runs scored; and Max Davenport, who hit two home runs, scored eight times and stole three bases to remain perfect in 19 stolen base attempts this season.

On the mound, Kolton Easterwood struck out four over six innings to win the series opener and move his record to 6-1. Long, now 6-0 on the mound, struck out nine in five innings. Justin Allen allowed one run and struck out three over three innings out of the bullpen on Sunday to pick up his second victory.

Miles College will travel to Savannah State next weekend for a three-game series against SIAC East-leading Tigers on Saturday and Sunday.