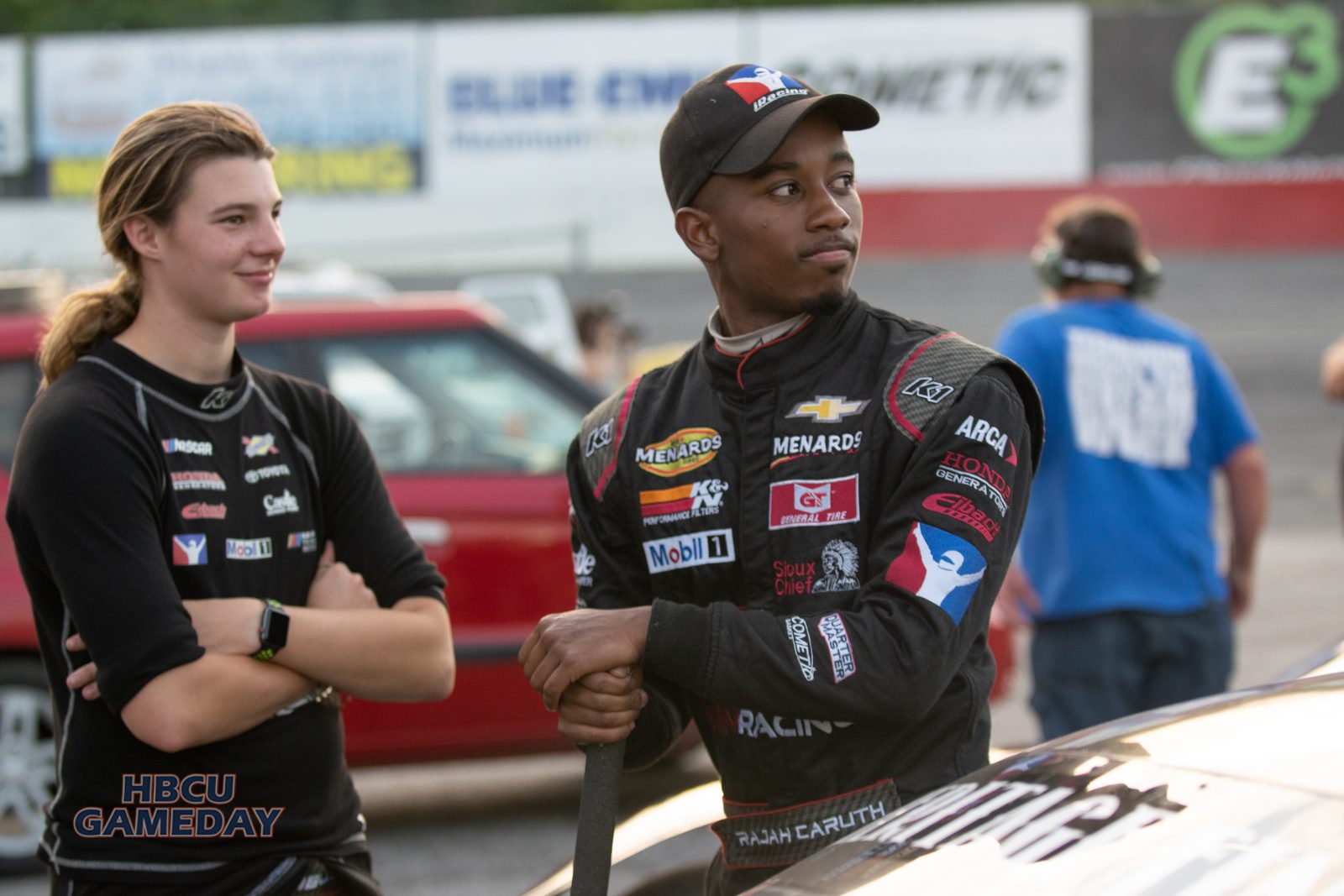 Rajah Caruth will start his NASCAR Xfinity series debut on April 2 at Richmond Raceway. Caruth is currently a student at Winston-Salem State.

Washington, DC— Rajah Caruth will compete in his first NASCAR Xfinity Series race driving the number 44 car for Alpha Prime Racing in the Toyota Care 250 at Richmond Raceway on April 2. The race is the first of several that Caruth has signed onto with Alpha Prime Racing for the 2022 season. Caruth’s debut will make him just the third Black driver currently racing nationally in a NASCAR series.

“Richmond Raceway was the first track where I ever attended a NASCAR race as a kid, so it’s incredibly personal to me that my first Xfinity Series race will be here,” said Caruth. “This is a truly full circle moment for me to actually be one of the drivers out there on the track. It’s the culmination of everything I have been working towards. I look forward to taking my racing career to the next level and seeing how I perform in the Xfinity Series.”

A standout in the ARCA Menard Series East and Late Model Series, Caruth, 19, is coming off a very successful 2021 Season. Caruth won three Late Model races, as part of Rev Racing’s Drive for Diversity team—a first for the group. In the ARCA East Series, he finished the year sixth in points and had six starts, four top 10s, and two top fives. This follows a successful 2020 season that saw Caruth with 10 top 10s, three top fives and one win in 19 Late Model starts, and 10 top 10s in 14 starts in Legend cars.

Caruth also races full-time in the National ARCA Menard Series for Rev Racing as a member of the 2022 Drive for Diversity team. He is currently 2nd in ARCA Menards Series points standings after his first two races, finishing 11th at Daytona and 4th at Phoenix. Staying true to his iRacing roots, Rajah also finished the Monday Night Racing Pro Series Market Rebellion the finale winner and is the eNASCAR Road to Pro Qualification Series 8th Split Daytona Winner.

Caruth has a full schedule of Xfinity Series racing coming up in 2022. His next race for Alpha Prime Racing will be the A-GAME 200 at Dover International Speedway on April 30. In addition, Caruth’s Xfinity Series schedule will include races at Pocono, Kansas, Martinsville and Phoenix. He will also continue to compete virtually in the eNASCAR Road to Pro Qualification Series on iRacing.

“Getting to work with the Alpha Prime Racing and the Drive for Diversity teams has been such a great opportunity,” said Caruth. “I’ve been really fortunate to have such great people surrounding me in my career, and I’m excited to continue to compete with NASCAR.”

Rajah originally came to NASCAR as part of the Drive for Diversity program. In 2018, he was one of a dozen applicants ages 12-17 selected from a national pool to compete for four spots on the team. Caruth was the only racer who came from an iracing background and who had never set foot in a racecar until he was 16 years old—very rare for NASCAR drivers. The Drive for Diversity Program is aimed at getting more people of color and women participating in NASCAR, as they have been historically underrepresented in the sport.

Caruth is a sophomore at Winston-Salem State University where he is majoring in Motorsports Management.

To find out more about Rajah Caruth’s racing journey, please follow him on social @rajahcaruth_ and visit www.rajahcaruth.com