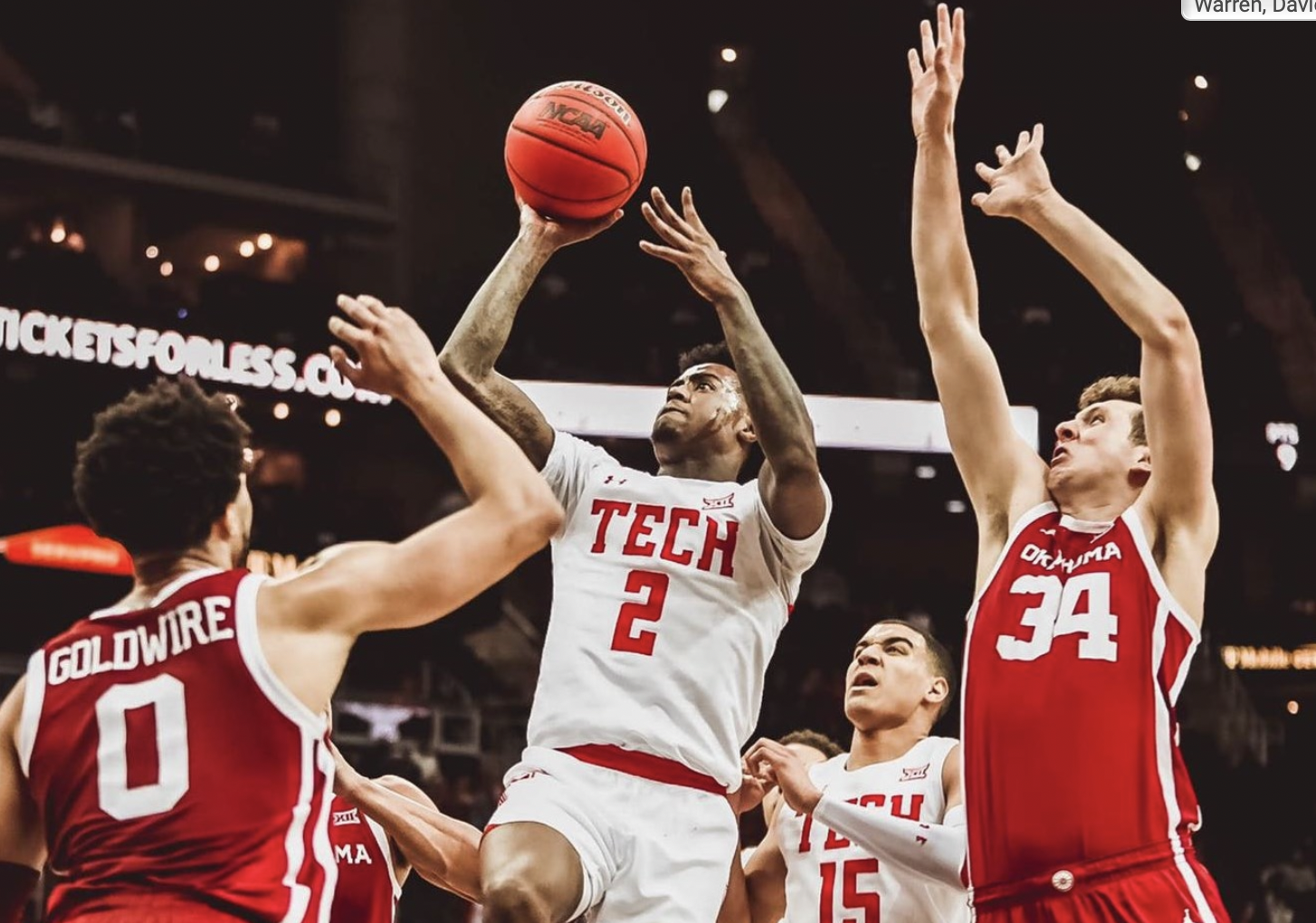 After being a big scorer at Hampton, Davion Warren has been an integral part of Texas Tech’s 27-9 season and NCAA Tournament run. The 3rd-seeded Red Raiders battle 2nd-seed Duke tonite in one West Region semifinal for a spot in the Elite Eight.

Davion Warren is the only player with HBCU roots left in the men’s NCAA March Madness.

Warren is the 6-6 former Hampton star and 2021 Big South scoring leader and player of the year. He is now playing as a super senior for West Region 3rd-seed Texas Tech. The Red Raiders (27-9) have a big Sweet 16 date tonite (Thursday) against 2nd-seed Duke in San Francisco’s Chase Center at 9:39 p.m. on CBS.

After leading the Big South in scoring at 21.2 points per game in his second year at Hampton, Warren is fifth on Texas Tech’s team averaging 9.7 points per game. He has started 33 of 39 games on the season but he has played off the bench in their two NCAA wins.

First-year Red Raiders’ head coach Mark Adams is going to need a big effort from Warren and the rest of his troops to get by a talented Duke squad. Duke (30-6) is playing in the final year of head coach Mike Krzyzewski’s career. The five-time national champion coach is retiring after this season.

The TTU/Duke winner will advance to Saturday’s Elite Eight regional final vs. the winner between region top-seed Gonzaga and fourth-seed Arkansas.

Davion Warren in the NCAAs

Warren had ten points, two assists and two steals in 29 minutes as a reserve in a 97-62 first round win over 14th-seed Montana State. He was one of six double-digit scorers for the Red Raiders in that game.

He canned just one of eight shots and finished with just two points and two assists in 26 minutes as the Red Raiders dispatched 11th-seed Notre Dame, 59-53 in the second round.

Shannon and Williams had 20 points each in the first round win over Montana State. Obanor had 15 and Williams and McCuller had 14 in the Notre Dame win.

In a big Dec. 7 win over Tennessee this season, Warren had ten points in 27 starters’ minutes. When the Red Raiders knocked off Big 12 rival Kansas 75-67 in early January, Warren had seven points while playing 31 minutes. In a 69-55 loss to then No. 5 Gonzaga in mid-December, Warren had five points.

The HBCU tournament champs, Texas Southern out of the SWAC and Norfolk State from the MEAC, bowed out early. TSU won its second straight First Four date, this time 76-67 over Texas A&M Corpus Christi, before taking it on the chin from Midwest Region top seed Kansas, 83-56. Norfolk State was no match for top seed and defending champion Baylor, falling 85-49 in the East Region first round.

Fifth-seed UConn was sent home by 12th-seed New Mexico State in the first round of the West Region despite team-highs of 20 points and four assists from Cole.

Longwood, a 14th seed in the South Region, bowed out in the first round to 3rd-seeded Tennessee, 88-56. Perkins tallied five points and handed out three assists in 22 minutes off the bench to close out his collegiate career.