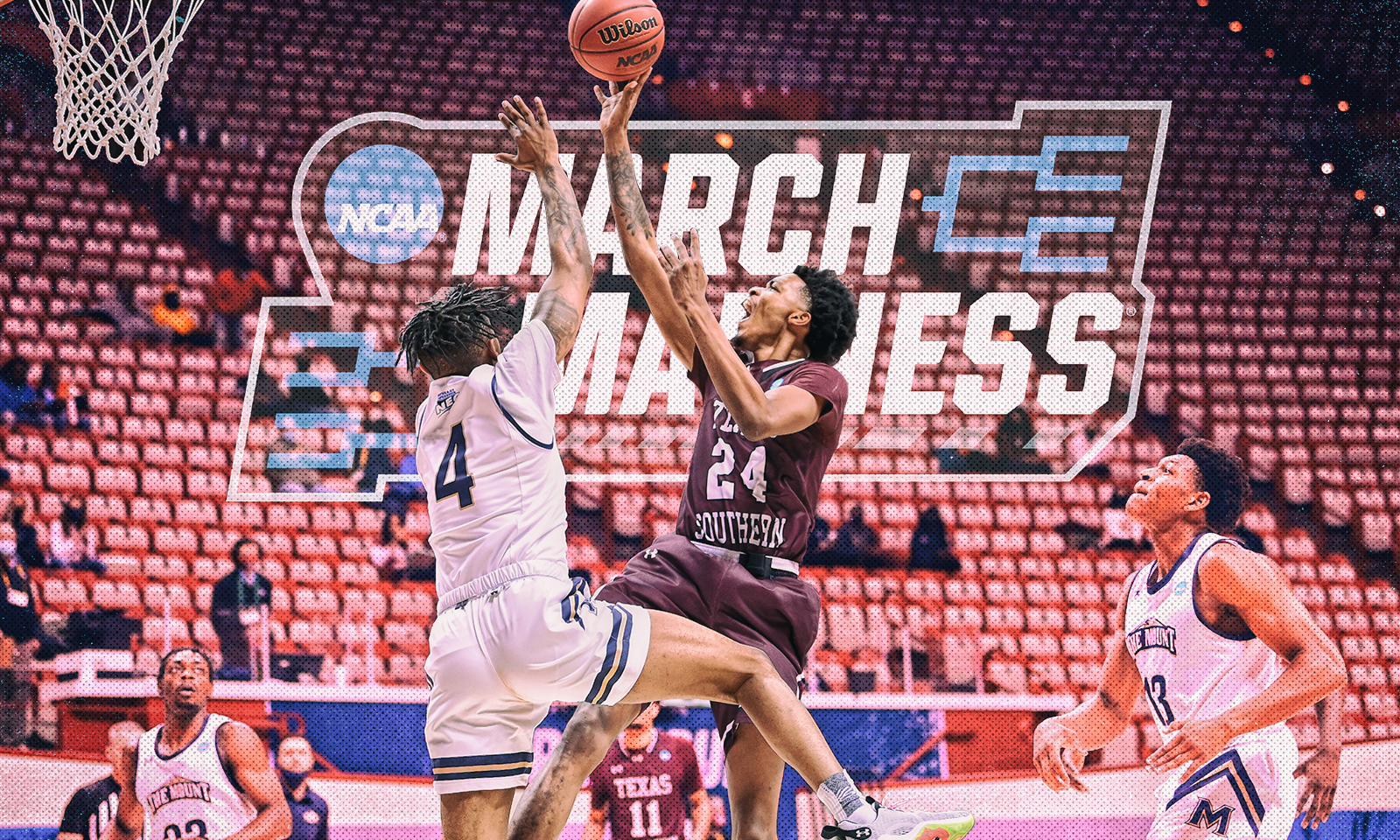 Texas Southern used an early second half run to get back into the game and come up with a win in “The First Four” for the second time in three years.

The First Four is starting to become fruitful ground for Texas Southern.

The SWAC champions used a fast second-half start to rebound from an early deficit to defeat Mount St. Mary’s 60-52. It was the second time in three years that TXSO came up with a win in the First Four.

Texas Southern advances to take on no. 1 seed Michigan on Saturday night.

The Tigers went into the locker room at halftime down 30-20. Head coach Johnny Jones knew time was of the essence.

“We talked about emptying the tank in the second half,” he said after the game.

And did they ever. The Tigers scored 11 unanswered points to take a 31-30 lead. The Mountaineers would answer with an 8-0 run to take a seven-point lead with 12:37 remaining. The teams traded the lead back-and-forth before a Justin Hopkins jumper game gave the Tigers a 41-40 lead, which they would not relinquish for the rest of the game.

TSU outscored Mount Saint Mary’s 40-22 in the second half to secure the win. TSU shot 38.9 percent from the field but hit on nearly 43 percent of its 3-point attempts. It also took care of the ball, producing just five turnnovers throughout the entire 40 minutes to advance to the next round.

The win was the 15th in 16 games for Texas Southern. It was also the first for Jones in NCAA Tournament after losing his first three. When asked what his message would be as his team prepared to take on Michigan he kept it optimistic.

“March Madness,” he said. “That’s what its all about. Everybody looks forward to a Cinderella.”

Why not Texas Southern?