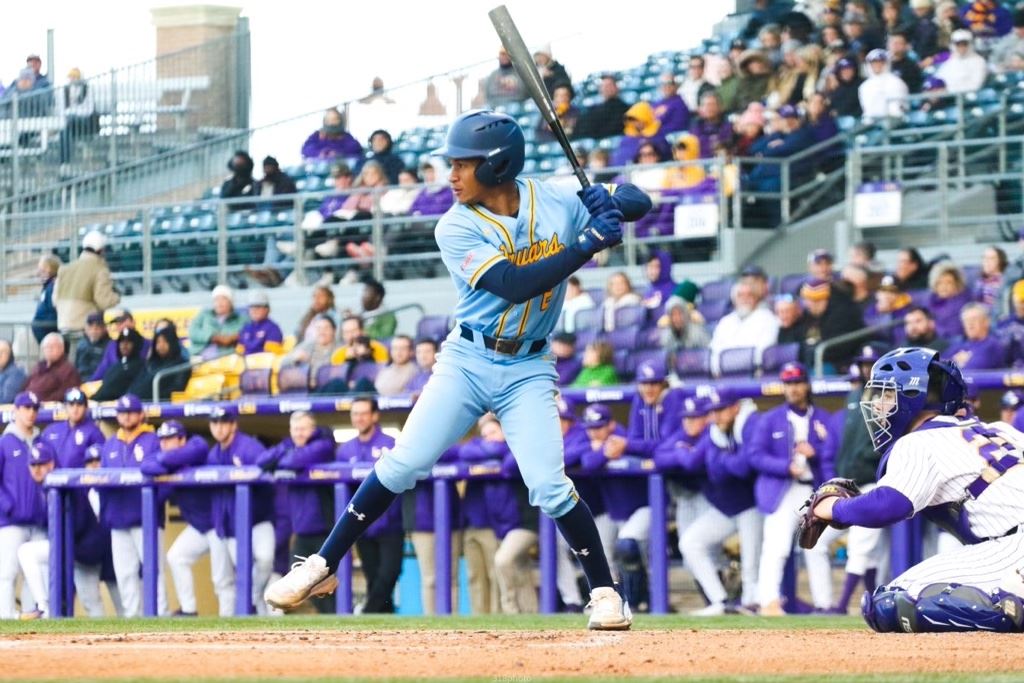 The Jaguars fall behind early but see signs of progress.

STARKVILLE, MS — Southern University baseball team fell behind early to Mississippi State and was never able to recover dropping their third straight game on the road 14-5 in front of 8,191 fans at Dudy Noble Field on the campus of Mississippi State University.

SU fell behind 9-1 in the first three innings off two errors early in the ball game.
The Jaguars picked up five runs off nine hits on the day. In the third inning Justin Wiley scored off a Sac-Fly from Quincy Smith II to left field. In the fourth inning Wiley scored off a wild throw to second base. Taj Porter nailed a line drive down the left field line to send JJ Rollon racing across home plate, advancing Smith II to third base. Jalon Mack hits a double to left center sending Porter and Smith II home to pick up the Jaguars final two runs of the day.

“I know the final score doesn’t show but some of the things we’ve been working on or talking about are starting to show in our play. We had a couple relievers come in and do well. We got to get a few more guys going and we will start to play like we are capable of playing, said Chris Crenshaw, Southern Head Coach.
Anthony Fidanza goes 2-1 on the season. The Jaguars scoring came from Wiley, Dorris, Burgos, Armstrong and Rollon with one run each.

Up Next
Southern will be back in action on Friday, March 25 against Grambling State University for their first home series of the season. First pitch is slated for 6:00 PM.