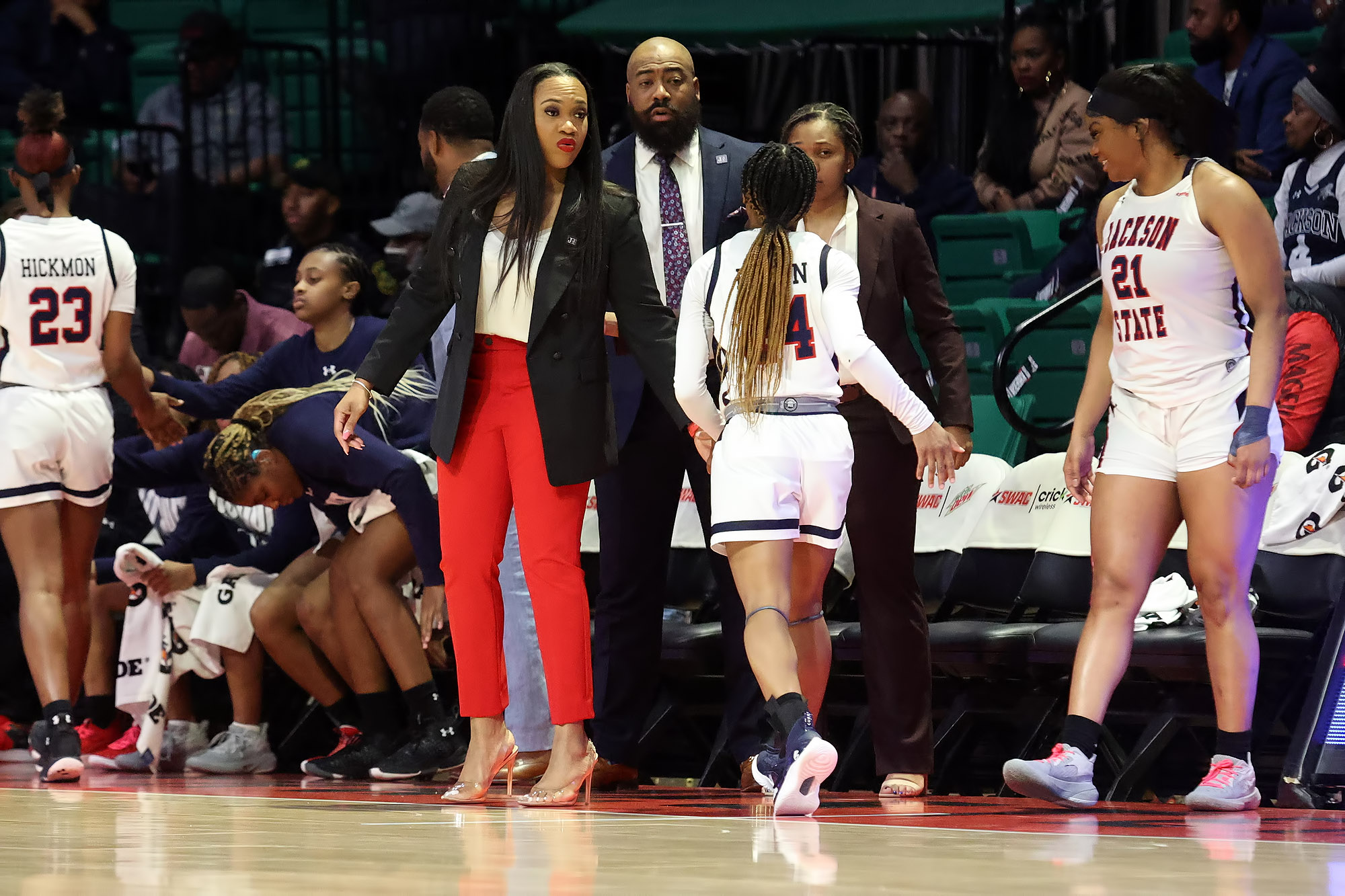 Tomekia Reed: We have to fight for our culture

The heart break of Saturday’s 83-77 loss against LSU is still fresh for Jackson State University. However the parting remark that coach Tomekia Reed left for her team rings with optimism for the JSU fan base.

Resetting for next season

She continued with what the team has to physically do next season to knock down those aforementioned walls. Reed also hinted, not to discreetly, that her team faced an uphill battle in more than one way.

One of the missing pieces for Jackson State next season will certainly be Ameshya Williams-Holliday. The SWAC player of the year averaged over 19 points and 11 rebounds per game and was a fierce rim protector. But as Reed said the transfer portal can quickly reset a team. Just last week Angel Jackson, a 6’5″ former post player at the University of Southern California announced she was headed to JSU. A combination of her, other transfers and returning members could send Tomekia Reed and JSU back to the NCAA Tournament and ready to advance in 2023.

Tomekia Reed: We have to fight for our culture