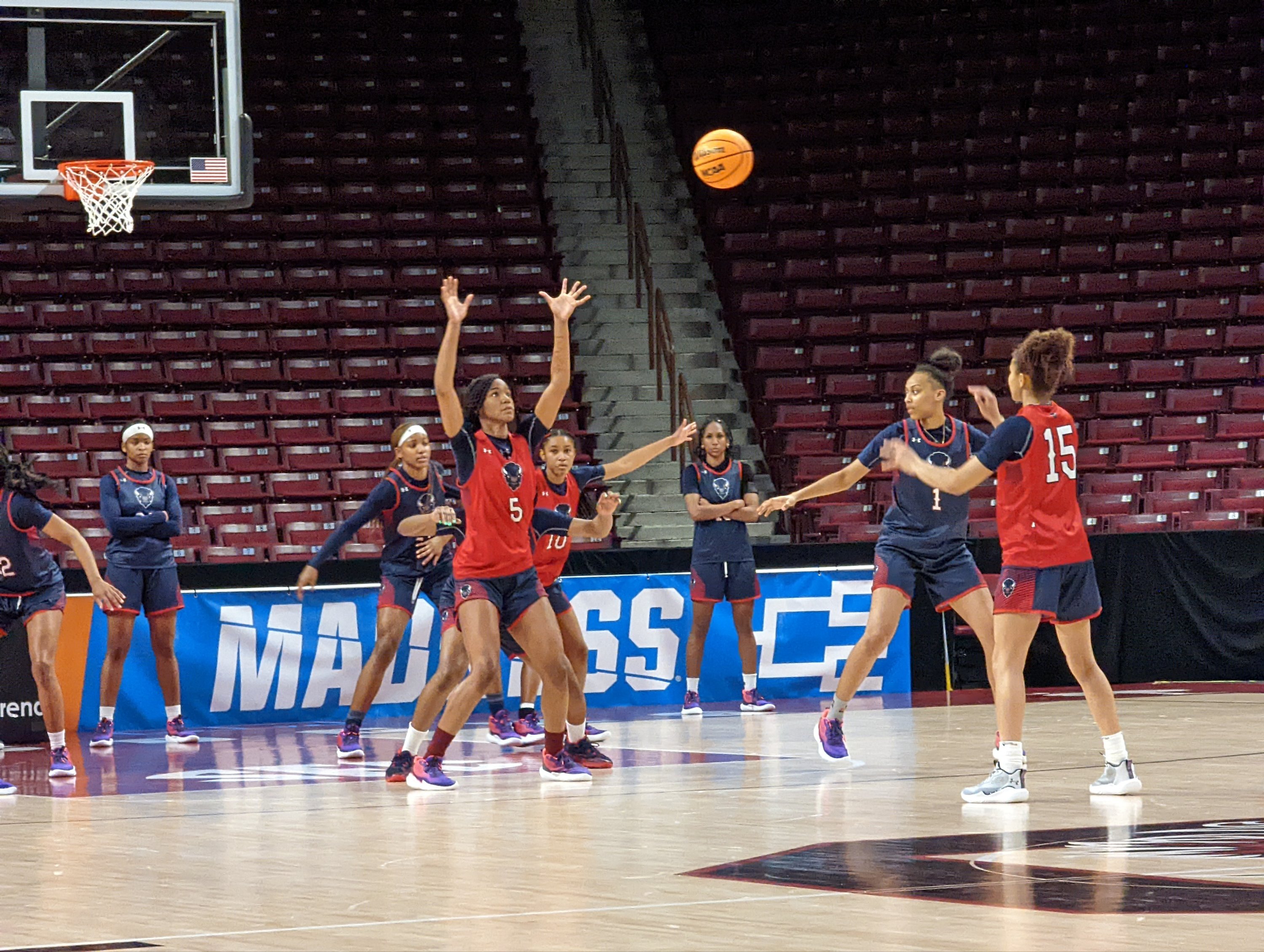 Howard University made history on Wednesday night. But Thursday it was back to work, prepping for mighty South Carolina.

From celebrating their first NCAA Tournament berth since 2001, to their first tournament win after defeating Incarnate Word 55-51 Wednesday, to now preparing to slay the giant in the number one overall seed South Carolina Gamecocks.

Short turnaround? Yes. Tall order? Definitely. But the Bison are up for the challenge and have the right mentality according to head coach Ty Grace.

“When I talk to them about approaching anybody who we feel like we’re not going to have an opportunity, we know what the opportunity is, it’s just to go out and play and compete.” She said. “I don’t think about No. 1 seeds. Obviously that’s on paper. We know what this is. It’s not a question how great South Carolina is. I know how good they are. I also know that these kids want to play.”

She added that her team is on a mission as well.

“They came to Howard to play and compete for championships. They came to make the NCAA tournament,” she said. “Now they’re here, so I don’t think there’s going to be fear there. I think it’s a matter of numbers, like you said, how the game goes.”

The familiarity with South Carolina goes past what’s seen on TV for forward Brooklyn Fort-Davis as she is set to battle projected National Player of the Year Aliyah Boston.

The two teams square off with a similar style of play and Grace said her goal is for her team to play the uptempo style they’re accustomed to while staying in control.

“Hopefully it’ll be fun to watch, but we want it to be in our favor. Obviously we want to make sure we value those possessions. We don’t want to be playing so fast that we’re turning it over,” she said. “We want to make sure we are getting good shots at the basket, and same thing, contain them defensively. So we know the way they want to play and I know they know the way we want to play.”

Guard Iyanna Warren feels Wednesday night’s tightly contested battle against Incarnate Word helped both she and her teammates get the nerves out so they can battle to the best of their ability against South Carolina.

“Yesterday’s game kind of helped us get a feel for the balls, the courts, the rims,” she said. “As you all know, the first half our shots were not falling, but towards the third and fourth quarter we kind of found our rhythm and our touch around the rim.

So we’re going to carry that into the game tomorrow.”