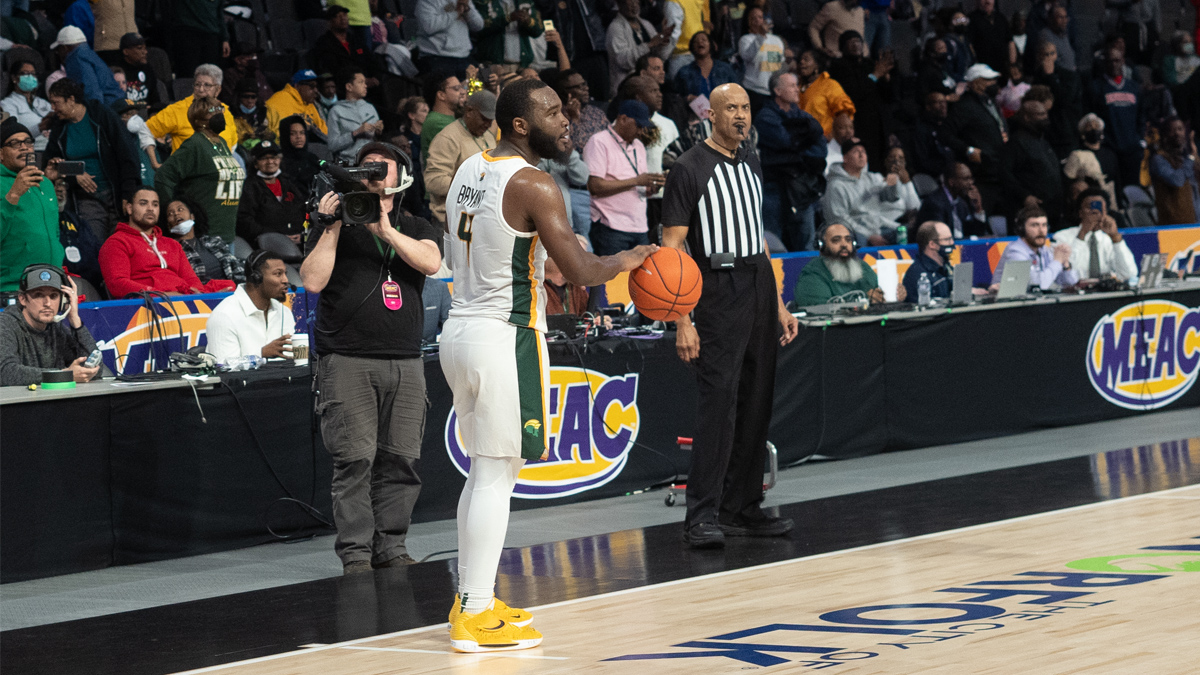 Norfolk State sees its season come to end vs. Baylor

Norfolk State put up a solid effort, but it was no match for defending champion Baylor in the NCAA Tournament.

There would be no March Madness Miracle for Norfolk State against Baylor on Thursday.

The MEAC champs put up a solid fight but the no. 1 seed was just too much and it took home an 85-49 win over NSU in Fort Worth, Tx.

Matthew Mayer scored a game-high 22 points for Baylor, shooting 8-for-12 from the field, but he was far from a one-man show.  Baylor set a new NCAA Tournament record with 24 assists as four other players finished in double-figures as it shot a sizzling 57.4 percent. It hit 40 percent of its 3-point attempts as well.

Senior guard Joe Bryant Jr. led the way for NSU with 15 points. It took the MEAC Player of The Year and Most Outstanding Player of the MEAC Tournament 15 shots to get those points. He did hit two of his four 3-pointers and led NSU with five rebounds. Sophomore guard Terrance Jones added nine points for NSU.

Jalen Hawkins, NSU’s second-leading scorer during the season, played just two minutes and took just one shot. According to the TBS broadcast he was held out of the first half for a violation of team rules.

The Spartans finished the season 24-7, their second-best season ever in Division I basketball history. Norfolk State is now 2-3 in the NCAA Tournament as a DI program, with wins over Missouri (2012) and Appalachian State (2012) in the win column.

Norfolk State sees its season come to end vs. Baylor

373
The Latest in HBCU Sports and Culture