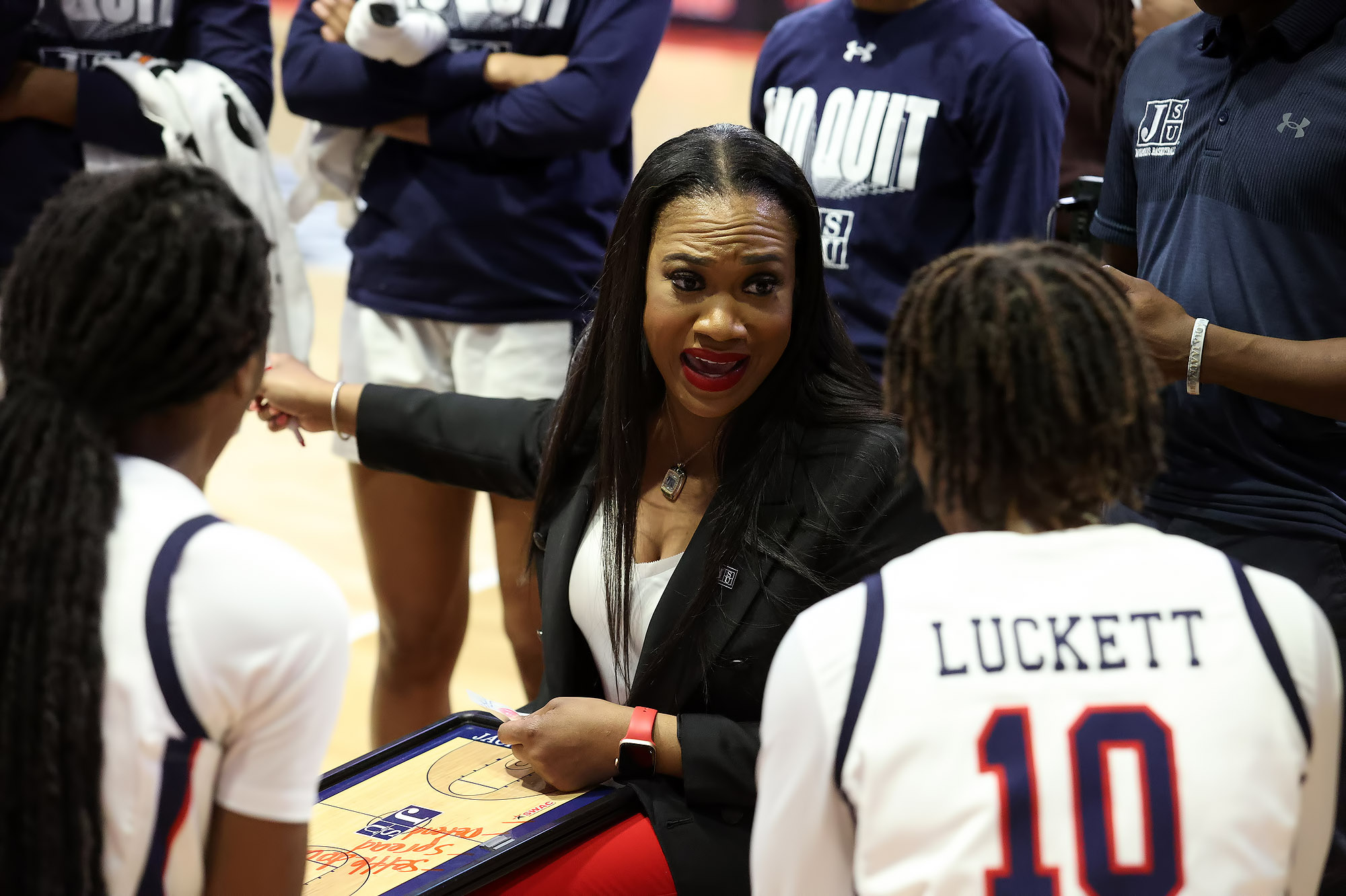 “I just pray that this opportunity that we are experiencing can open the doors for a lot more people.”

The Jackson State women’s basketball team is headed into an intense matchup with Louisiana State University on Saturday. Head Coach Tomekia Reed says her team matches up well with LSU, but there’s still a job to do.

“To see ourselves as underdogs, we are, simply because we’re the 14th seed,” she said. “LSU is at home, so we gotta take that into account going into this game.”

As for what it means to come this far with the Lady Tigers, Reed says it is truly an honor.

“I watched Jackson State across the years,” she said. “Attended basketball games, attended football games, and now here I am at the helm of such a prestigious institution, of such a phenomenal basketball team, it just brings a lot of joy to my heart.”

Reed said there was a four-year plan coming in, and things are right on track.

“It’s just a great feeling to see the program grow,” she said. “It’s history in the making and to be here and one day retire and to know that all of this started during my era is a phenomenal experience to be able to go through.”

Reed is happy to not only represent Jackson State but to represent HBCUs and fellow black women coaches as a whole.

“It’s all about respect,” she said. “It’s all about positive attention. That’s what we’re hoping to show every day in the way we compete and in the way that we carry ourselves. Make history and create history. I just pray that this opportunity that we are experiencing can open the doors for a lot more people.”

The Keys to Victory

It’s a surreal opportunity, but there is still work to be done, and Reed knows exactly what the team needs to do to get there.

Jackson State will face off with LSU on Saturday, March 19, at 4pm in Baton Rouge.