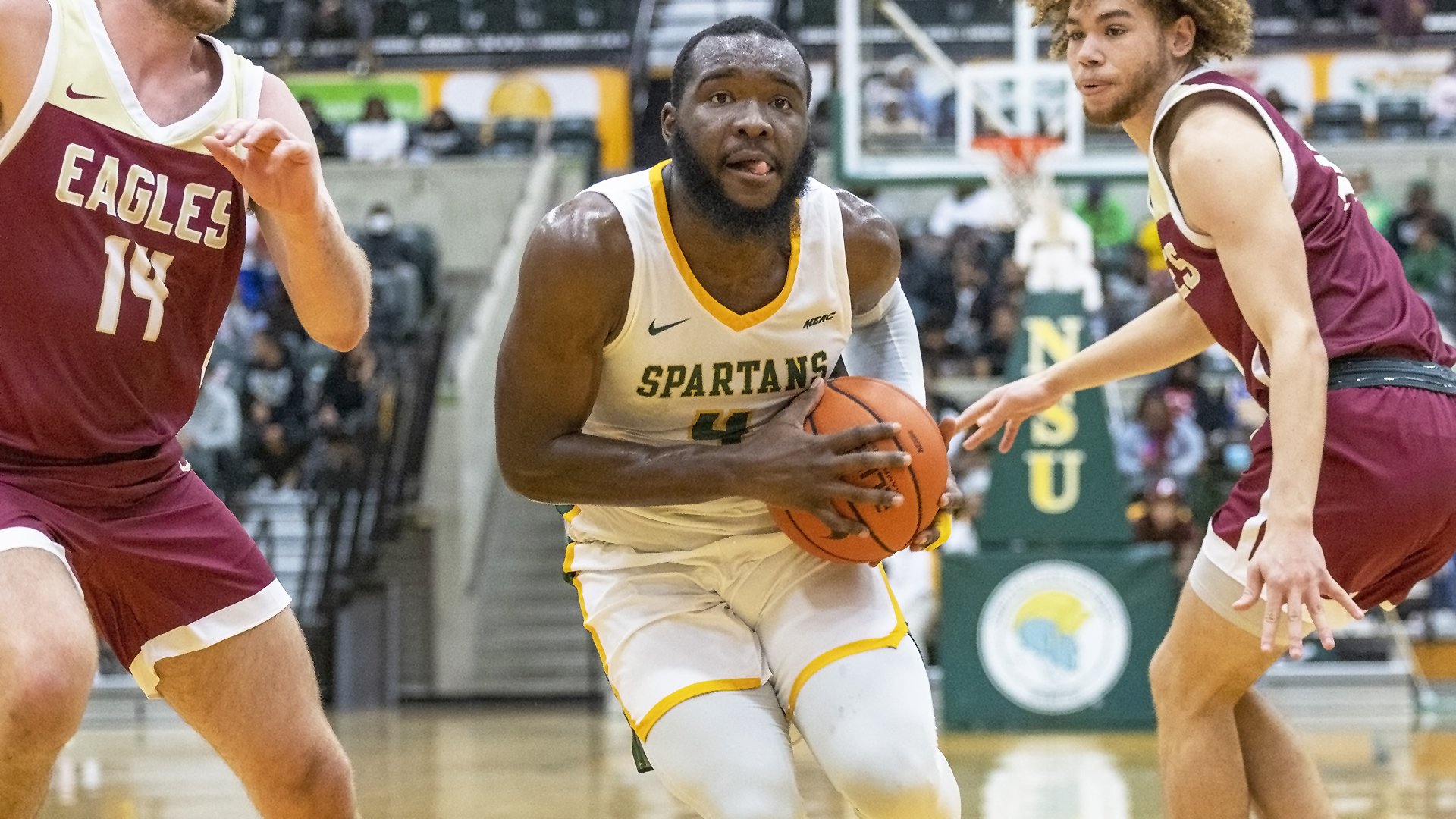 NORFOLK, Va. – Guard Joe Bryant Jr. scored a season-high 29 points and led a second-half charge that carried Norfolk State to an 80-51 win over Delaware State in the MEAC opener for both teams on Wednesday night at Echols Hall.

Bryant was 9-of-12 from the floor, 5-of-7 in 3-point range, and chipped in five rebounds and five assists for the Spartans (10-4, 1-0 MEAC), who were playing their first game since Dec. 21 due to COVID-related pauses. Kris Bankston added 18 points on a perfect 8-of-8 shooting – including six dunks – and grabbed a game-high nine rebounds as the Spartans won their 11th straight over the Hornets (2-12, 0-1).

The Spartans, who never trailed, jumped out to a quick 12-2 lead in the first four minutes of the game thanks in part to four points by Bankston and 3-pointers by Bryant and Jalen Hawkins. But with both teams coming off a three-week layoff, neither could sustain much offensive momentum for the rest of the half. DSU, which last played Dec. 22, hit just 32 percent from the floor and committed 11 turnovers in the opening half, but forced eight Spartan turnovers to remain close. A 10-2 spurt helped the Hornet close to within single digits, 27-20, at the half.

The second half was a different story. The Spartans shot a blistering 59 percent (20-of-34) from the floor in the stanza with just two turnovers en route to 53 points in the closing 20 minutes. Bryant led the charge with 20 points after the intermission on 8-of-10 shooting. He finished the night one point shy of tying his career high.

Bryant scored seven points during a 15-0 NSU run that pushed the lead to 44-25 to give NSU breathing room. Bryant, Tyrese Jenkins and Dana Tate Jr. all hit 3-pointers and Christian Ings assisted on three field goals during the spurt.

NSU hit 8-of-14 from long distance in the second half. The Spartans assisted on 16 of their 20 second-half baskets and committed just two turnovers after halftime.

Hawkins added 15 points, 12 in the second half, to give the Spartans a third double-figure scorer. He added four assists. Jenkins scored all eight of his points after halftime and also handed out four assists. Bankston blocked two shots while Bryant had three steals and one block.