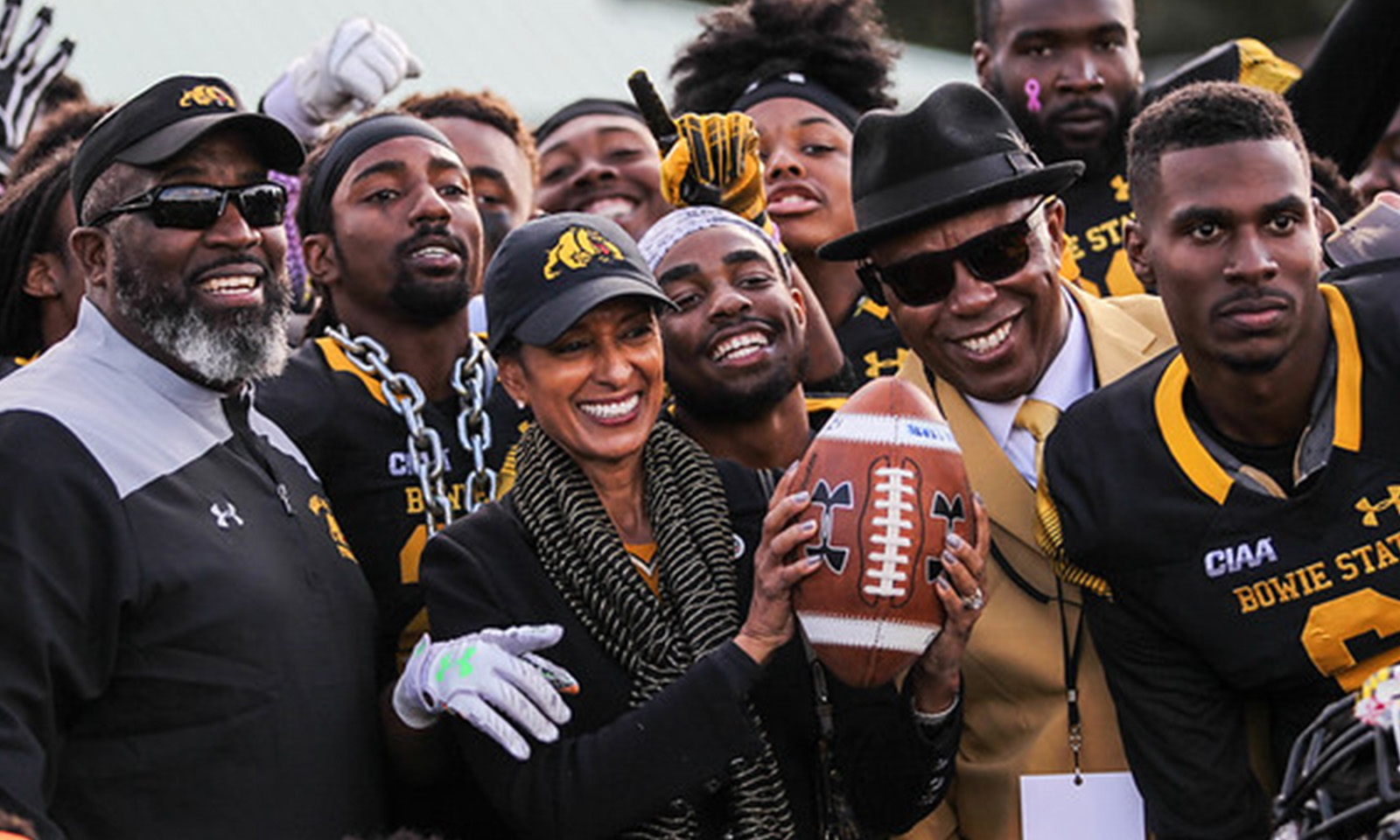 “To be recognized as one of the four Athletic Directors of the Year by my Division II peers acknowledges the great work of the Bowie State University community.”

“It has been a profound blessing to be a member of Bulldog Nation. To be recognized as one of the four Athletic Directors of the Year by my Division II peers acknowledges the great work of the Bowie State University community,” said Doughty, Jr.  “I am humbled to receive this honor and at the same time motivated to continue to work in this space supporting the aspirations of young men and women who seek to become better human beings through athletic participation.”

Clyde Doughty is in his seventh year as vice president for intercollegiate athletics and recreation at Bowie State after accepting the position on Jan. 7, 2015. Doughty, Jr. has led the Bulldogs through a time of remarkable achievement. Bowie State posted numerous highs under his leadership in 2021 alone, including football claiming a third-straight Central Intercollegiate Athletic Association (CIAA) conference championship and division title, hosting two playoff games, and its first ever appearance in the NCAA football quarterfinals. Additionally, Bowie State captured a second place finish in the men’s cross country championships, a seventh-straight division title for the women’s bowling program and a third place finish for the men’s indoor track and field team.

“This honor is a reflection of Clyde’s hard work and dedication to Bowie State University’s athletic programs and student-athletes,” said Bowie State University President Dr. Aminta H. Breaux. “The university has benefitted greatly under his leadership and we look forward to his continued success as we race to excellence.”

Bowie State reached the NCAA playoffs four times for football to go along with three conference championships while the women’s basketball program made the NCAA tournament three times, including an appearance in the Atlantic Regional championship game and two runner-up finishes in the CIAA title game. Additionally, men’s basketball made the NCAA tournament once and a conference championship while the women’s bowling program has claimed five CIAA titles and two NCAA appearances. Furthermore, the men’s cross country team combined for three third place finishes in the CIAA championships while the women’s outdoor track and field team placed third overall once all under Doughty, Jr.’s guidance.

“One should never work to receive accolades, but when they are bestowed, you accept them with great pride because you have worked closely with a plethora of great individuals to be recognized,” added Clyde Doughty.

“I continue to stand on the shoulders of so many great administrators and coaches who took the time to help me on my yellow brick journey. The journey continues.  Much thanks to the members of NACDA for their tireless work in education and social development, ensuring that the voices of membership are heard clearly and efficiently so that progress can move forward in the right direction”

Cushman & Wakefield is in its first year of sponsoring the award. The ADOY Award program is in its 24th year and has recognized a total of 535 deserving athletics directors to date.

All NACDA-member directors of athletics in the United States, Canada and Mexico who met the criteria were eligible for the award. Among the criteria were service as an AD for a minimum of five academic years; demonstration of commitment to higher education and student-athletes; continuous teamwork, loyalty and excellence; and the ability to inspire individuals or groups to high levels of accomplishments. Additionally, each AD’s institution must have passed a compliance check through its appropriate governing body (i.e., NCAA, NAIA, etc.), in which the institution could not have been on probation or cited for a lack of institutional control during the tenure of the current athletics director.

Nominators were NACDA-member directors of athletics, institutional presidents and conference commissioners, as well as other respected intercollegiate athletics administrators. Special Divisional Selection Committees composed of current and former directors of athletics, current and former commissioners and other key athletics administrators voted on nominees for the award.

A complete listing of Selection Committee members can be found on NACDA’s website at www.nacda.com.