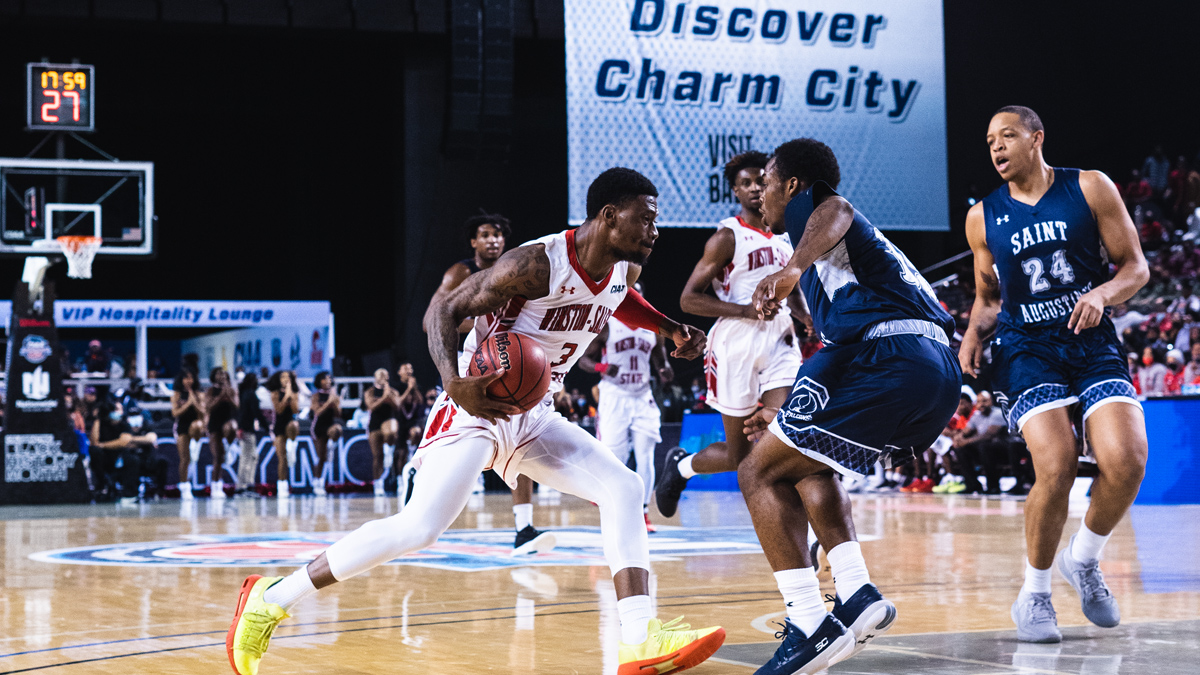 CIAA Tournament pleased with attendance in Baltimore despite pandemic

The CIAA Tournament made its return to Baltimore and saw an increase in championship game attendance.

The CIAA Tournament recently had its return to Baltimore, and it was a pretty solid one despite the pandemic.

Approximately 66,000 people were in attendance over 22 basketball games during its five-day run that took place Feb. 22-26 at the Royal Farms Arena. Total attendance for Saturday’s championship games was 13,207, which exceeded the tournament’s attendance on championship day for 2019 in its former host city by nearly 4,000 despite the presence of the pandemic.

This year’s championship attendance totals were just 1,600 behind the tournament’s most recent run in 2020, which was also the conference’s 75th anniversary celebration.

“I am so proud of what we accomplished in our first live year with Baltimore after going nearly two years between crowning champions! Our teams worked overtime to manage the unknowns in a new city and in the midst of unprecedented times with the ongoing pandemic,” Jacqie McWilliams, Commissioner of the CIAA said in a statement. “We focused on the people from start to finish, which made this event special. The positive feedback received has been overwhelming. Baltimore’s welcoming spirit and focus on basketball confirmed why they are called the “Charm City”! We appreciate the commitment from Visit Baltimore, Bowie State University, the offices of the Mayor and Governor to support the great work of the CIAA staff and the local organizing committee to make this year’s tournament a resounding success!”

“As Mayor of Baltimore, it has been an honor to host the CIAA tournament,” Baltimore Mayor Brandon M. Scott said.  “The Black excellence of the CIAA and our community here in Baltimore are a match made in heaven. One of the most meaningful parts of the CIAA experience in Baltimore was the way our local businesses, City officials, State leadership and community leaders came together to celebrate Black culture and uplift the twelve great CIAA institutions along with our city’s HBCUs that are providing opportunities and pathways for success to our city’s youth.”

The action wasn’t just on the court — it was in the community as well.

“Through the CIAA Tournament, it was an honor to showcase all that makes Baltimore great – specifically our Black history, culture and excellence. We are grateful for Mayor Brandon Scott and the city for their support in helping to make the tournament a resounding success,” said Al Hutchinson, President & CEO of Visit Baltimore. “In terms of economic impact, we are waiting on the full economic impact report, but we have received feedback from a number of hotels, restaurants and ride share companies saying that this year outperformed a typical February. As the tournament grows in Baltimore year over year, so will its economic impact on our city’s businesses.”

The CIAA Tournament is set to return to Baltimore in 2023 in a newly-renovated Royal Farms Arena. Multiple cities, including Baltimore and Charlotte, have indicated that they are looking to make a bid to secure the tournament beyond next winter.

CIAA Tournament pleased with attendance in Baltimore despite pandemic