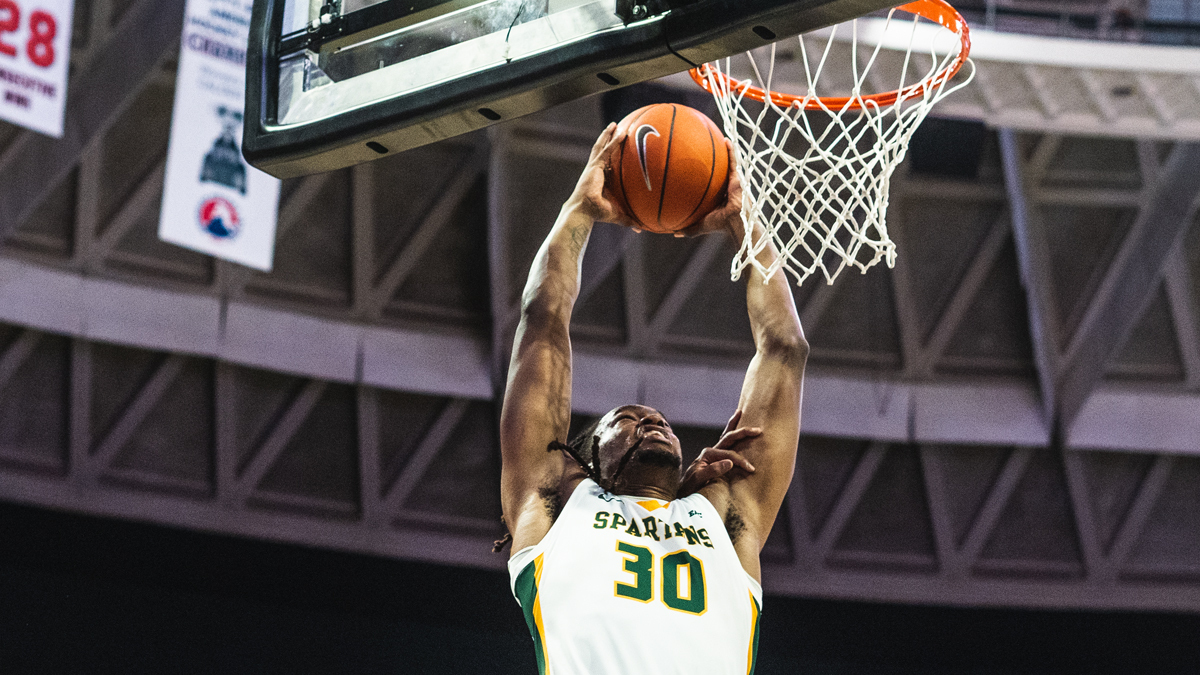 The Hornets who came in 2-26 overall and winless in conference play (0-14) hung with the Spartans for a half, only trailing 31-30 on a buzzer-beater by guard Martez Robinson at the break.

Norfolk State scored the first seven points of the second half to go up 38-30. But the Hornets fought back and pulled within 41-39 on a John Stansbury layup with 12:39 to play. On DSU’s ensuing possession, Corey Perkins drove the baseline and tried a reverse layup that could have tied the score, but NSU big man Kris Bankston blocked the shot.

On the other end, Bankston’s layup off a feed from Dana Tate started a 13-2 NSU run, capped by a 3-pointer from Tate with 8:09 to play that put the Spartans up 54-41. Bankston added a dunk and two free throws in the run.

Jalen Hawkins led Norfolk State with 17 points while Bankston and Tate both had 14. The trio each also had seven rebounds that led to a 41-26 Spartans’ rebounding edge. MEAC Player of the year, Joe Bryant Jr., had only nine points on 2 of 9 shooting from the field, 1 of 5 3-pointers.

The win advances Norfolk State to Friday evening’s 6 p.m. semifinal game where the Spartans will face the winner of Thursday’s 6 p.m. match up of fourth-seed Morgan State and fifth-seed South Carolina State.