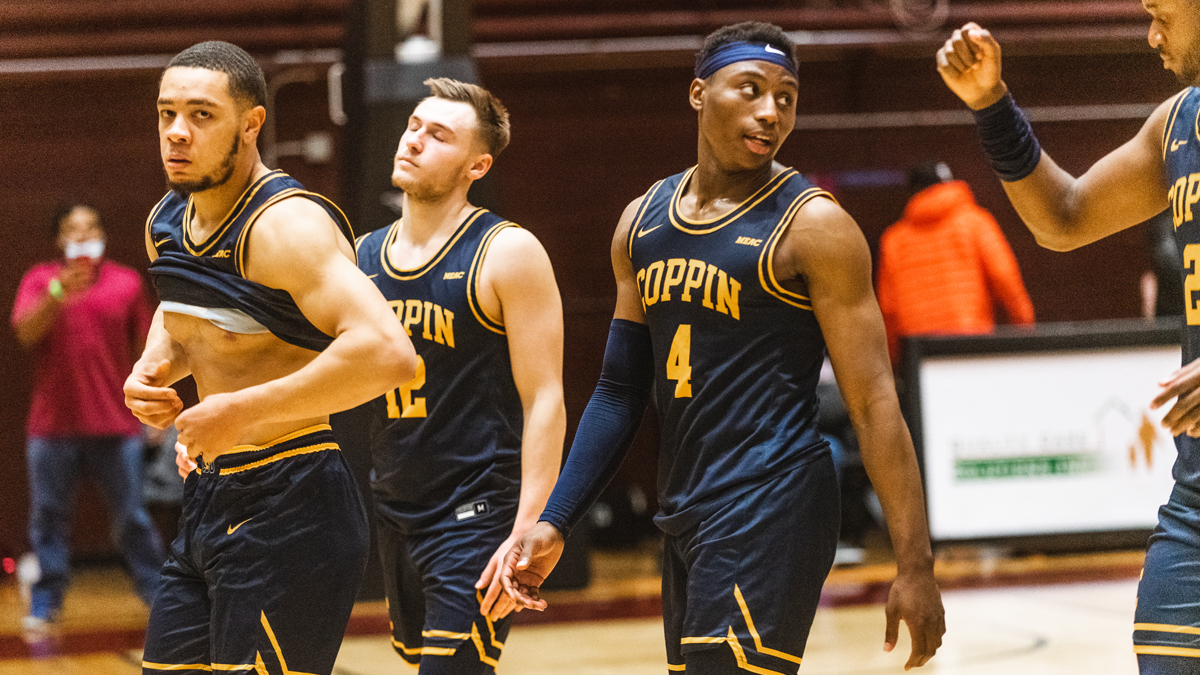 Coppin State comes into the MEAC Tournament with a lowly 7-22 record. But with two wins against Howard and nothing to lose, it could make things interesting.

The MEAC Tournament is set to tip off on Wednesday and Coppin State is far from the favorite — but that doesn’t mean it can’t dance and make other teams in the conference sweet.

Coppin State comes into the tournament as the no. 7 seed amongst the eight teams remaining in the MEAC. That earns it a date with no. 2 seed Howard University. Generally being on the bottom end of a 2-7 tournament matchup is less than ideal, but it might actually be a good matchup for CSU.

The Eagles won just seven games in the regular season. Two of those games came against a much-improved Bison team. That’s right, the team from West Baltimore took down the boys from D.C. twice, handing them two of their five MEAC losses of the season.

CSU won the first game at home 83-81 on Jan. 24 thanks to a big performance from forward Ty Corbett who had 25 points and 22 rebounds. Corbett was a menace to most of the MEAC, but he is reportedly no longer with the team.

Nendah Tarke, however, is still on Coppin State’s team and Howard remembers him well. The redshirt sophomore from Gaithersburg, MD put up 19 points in that January matchup, including the game-winner with just a few seconds remaining. He also had five rebounds, four assists and four steals.

Tarke will be flanked by Kyle Cardaci and Jesse Zarzuela, who both came up big in that win with 16 and 15 points, respectively.

Coppin managed to win the rematch on February 21 without Corbett or Zarzuela. And Tarke, a first-team All-MEAC selection last week, scored just 14 points (although he did have seven rebounds, three assists and two steals). Mike Hood dropped a career-high 28 points against HU that night. Sita Conteh also set a new career mark against HU by putting up 21 points while hitting five 3-pointers.

Based on the two matchups between the two programs this season, the 3-point line may be the deciding factor. Coppin State and Howard averaged a league-high 8.6 3-pointers per game. Howard tends to hit them at a much-higher clip (36.5 percent compared to CSU’s 29.7 percent) but CSU shot a league-high 837, with Howard coming in second at a gun-shy 663 attempts.

Both games between the two programs have been close this year, and there’s little reason to think that Wednesday night’s matchup won’t be the same in the Norfolk Scope. The pressure, however, is entirely on Howard as it has had the best season in recent memory and is hoping to prove itself a serious contender and get to the NCAA Tournament for the first time in 30 years. Coppin State, meanwhile, comes in with little outside expectations which can often make games interesting.

CSU and HU are scheduled to tip-off following the Norfolk State-Delaware State matchup at 6 P.M on Wednesday night in the MEAC Tournament.