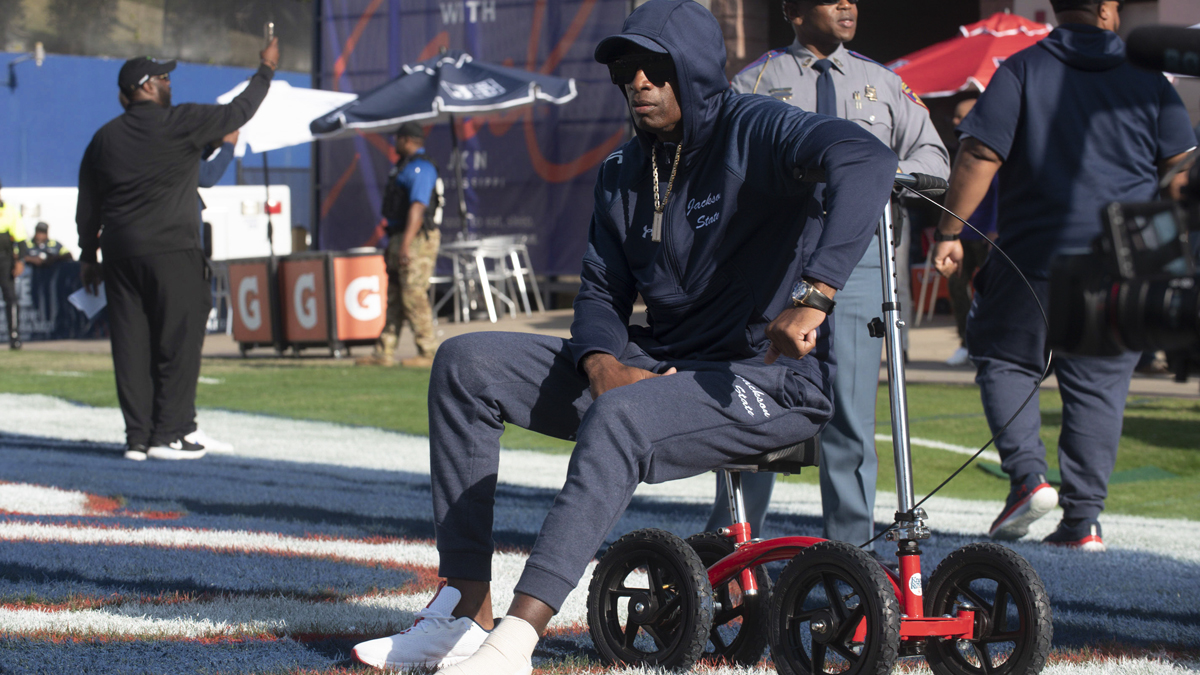 Deion Sanders took viewers behind the pain and discomfort as he had two toes amputated during a in-season hospital stay.

Deion Sanders promised to hold nothing back in the latest installment of his documentary series “Coach Prime” and he has held up to that end of the bargain.

The new episode of season two of the docuseries shows what happened the three months Sanders was hospitalized and ultimately lost two of his toes on his left foot to amputation.

Sanders initially had surgery in late September for a dislocated toe and an inflamed nerve. He returned to the sidelines to coach JSU to a huge win over SWAC 2021 spring champion Alabama A&M and in front of a huge homecoming crowd against Alabama State.

He ultimately called his mother with the news and she responded with some of her own, telling him that several family members had been diagnosed with blood clots — including her. And some of them had actually died from them.

Sanders went through with the operation. His reaction to seeing his newly amputated foot was caught on camera.

“The hardest thing of all was to look down there and see that and understand — once upon a time, you was this type of athlete — and you don’t even know if you’re going to walk,” Sanders said in a monologue. “All you feel is pain and you just want to get out of this hospital. You just want to get out.”

Of course, Deion Sanders did ultimately get out and returned to the program. When he did, however, he was 35 pounds lighter due to the surgery. He made his return to the sideline against Southern University in dramatic fashion, including an emotional moment between he and his son Shedeur Sanders. JSU would go on to win the SWAC and make it to the Celebration Bowl.