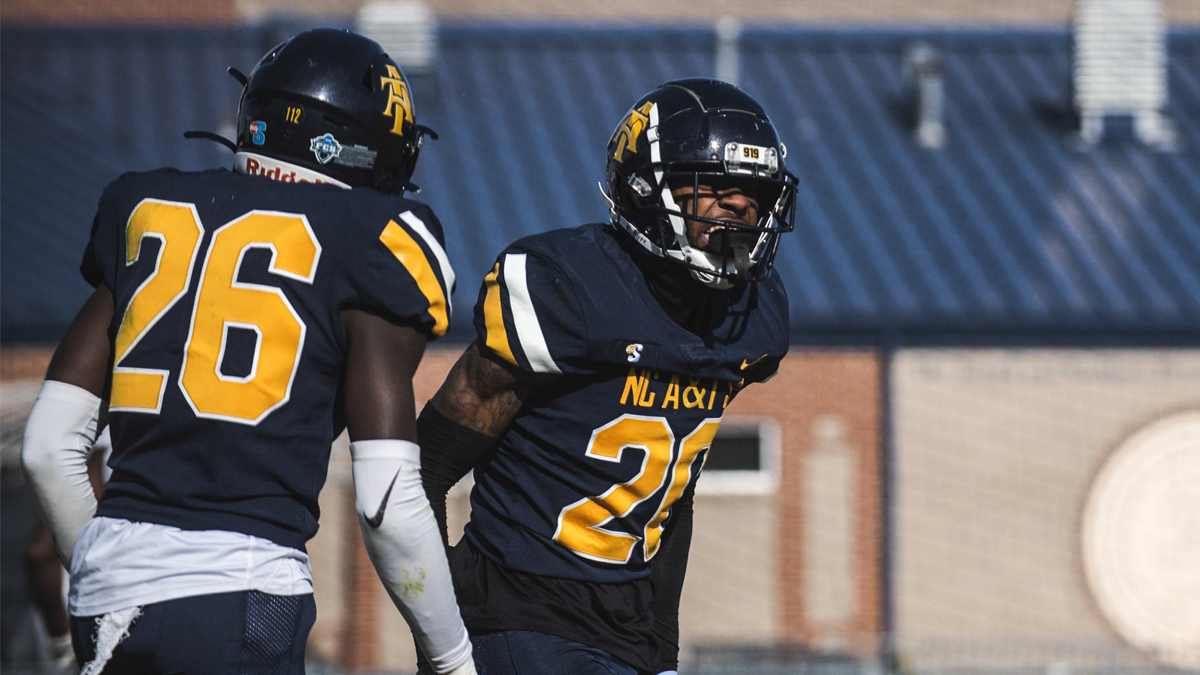 The NC A&T Board of Trustees unanimously voted on Friday to approve a move to the Colonial Athletic Association.

Less than 24 hours after laying out its plan to join a new conference, the NC A&T Board of Trustees unanimously approved the measure by a vote on Friday afternoon.

NC A&T will begin to prepare for a transition to the Colonial Athletic Association, pending final approval by its board of presidents. Most sports will become full CAA members on July 1, 2022. Football will have to wait until 2023 as it will compete for the second and final time as a member of the Big South in the upcoming season.

NC A&T will become the 13th member of the CAA, which stretches from Boston (Northeastern) to Charleston (College of Charleston), NC in terms of full members and from Maine to Wilmington, NC (UNC-Wilmington) in football. A&T is the second HBCU in the MEAC as it will join former CIAA, MEAC and Big South rival Hampton University in the league.

“Now will we have to raise more money, make more invest in athletics facilities?” Martin asked during Thursday’s executive session. “Absolutely. We have plans to do that anyway. Even in our efforts to remain in the Big South, we need to invest in athletic facilities. Expansion to Aggie Stadium, the transformation of War Memorial Stadium. Now that we own that facility, we have the resources to make those investments today, and as we do so, transforming and not War Memorial Stadium, but add an additional athletics facilities in that 20-some acre space as well as we do the renovations to War Memorial Stadium.”

Despite the costs, both Hilton and Martin felt that the move was a big step up for the largest HBCU in the world.

“We are substantially raising the academic bar of research and research innovation, and in private dollars we need that are over and beyond state-appropriated dollars we’re receiving to invest in academic programs,” Martin said. “We are developing a much stronger strategy for private fundraising for our institution. We’ll have to do the same with athletics as well. This is part of the growth for our university and its future, and it has to be a critical part of a position of our institution.”