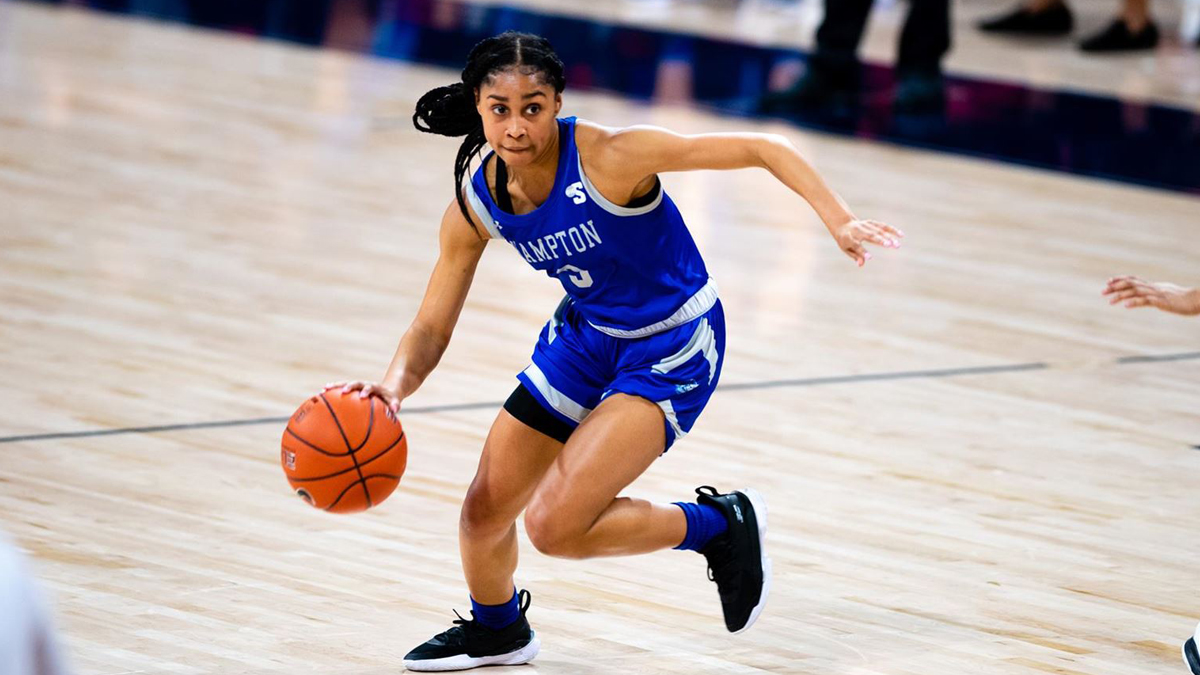 After getting off to a slow start, the Hampton University women pumped it up to advance to the next round of the 2022 Big South Tournament.

Junior forward Nylah Young powered the Pirates with a 20-point performance to lead all scorers in the game. Victoria Mason followed up, recording a double-double with 12 points and 12 rebounds.

“We played great defense,” said head coach David Six. “We played them three times in a week, so we tried to change up the defense.”

Free throw shooting helped Hampton to a 16-15 edge over the Highlanders to end the first quarter of action. The Pirates shot 100% at the line going 6 of 6.

The Pirates struggled to find their rhythm offensively in the second quarter. During that dry spell, Radford went on a 14-2 run taking a 29-18 lead over the Pirates, before Coach Six charged a timeout with 1:13 remaining in the opening half.

At the half, Radford led Hampton 31-22, but it was the 15 points from Ashley Tudor that the Pirates would have to find a defensive answer for in the second half.

Midway through the third stanza, sophomore guard Victoria Mason (Chandler, AZ) came away with a steal on defense which led to an uncontested layup making it a six-point game in Radford’s favor (35-29).

“It was motivation not to go home,” said Young. “We didn’t want to go home, and in the second half, we were determined to come out strong.

Hampton went on an 11-0 run, tying the game at 35-all with a jumper from Jermany Mapp at the 2:55 mark of the 3rd quarter. Then a layup from Nylah Young gave HU their first lead of the game since the first quarter up 37-35.

Radford hit a three-pointer to cut the Pirate’s lead to a single point (39-38) to end the third quarter.

The fourth quarter was a shootout as both teams were gunning for a shot to advance to the quarterfinal round. However, Hampton’s defense created opportunities on the offensive end down the stretch.

The highlanders charged a final timeout with 25.7 seconds left in the game, HU led Radford 53-47, but a quick basket out of the timeout made it a 4-point game.

The Pirates reigned victorious, despite Radford’s desperation in the final seconds that sent HU to the file line twice and led to three Highlander timeouts.