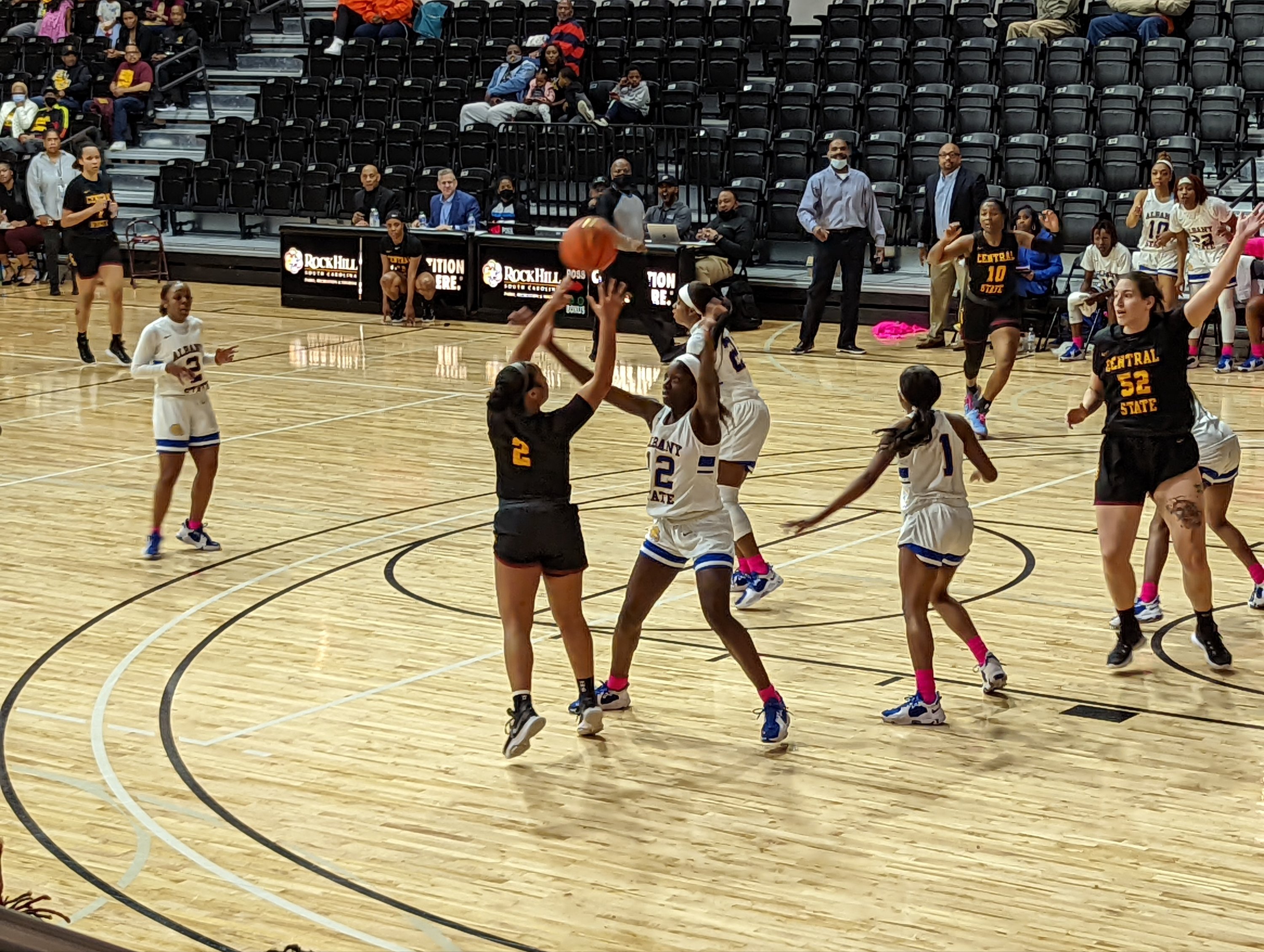 Albany State and Miles women advance to the SIAC quarterfinals.

The Albany State Rams did just enough to avoid being eliminated by a young, but scrappy Central State team Tuesday afternoon. After the 59-50 win, ASU head coach Robert Skinner said his team is going to have to do a little bit more if they hope to contend for their first SIAC title Since 2015.

The Rams found themselves with a nine-point lead to start the fourth quarter thanks to an aggressive fully court press that helped force 33 Central State turnovers. An offensive lag midway through allowed the Marauders to cut the lead to three. ASU responded, forcing a few more steals then executing its half court sets with poise and precision. Skinner said he needs to see more of that in the next round.

Juanisha Black was the leading scorer for ASU with a game-high 15 points, followed by Kennedy Horton with 14 and Kierstyn Milner with 10.

Kailyn Nash and Abbigail Petson both had 11 points to lead Central, while Lola Chambers chipped in 10.

The Miles Bears built up an 18-point lead at the half over Spring Hill and never looked back as they cruised to a 67-46 win.

The Bears will take on Benedict Thursday in the SIAC quarterfinals.

Camryn London led the way for Miles with 15 points, followed by Markeshia Body with 13 and Jakera Ellerbee with 11.

363
The Latest in HBCU Sports and Culture