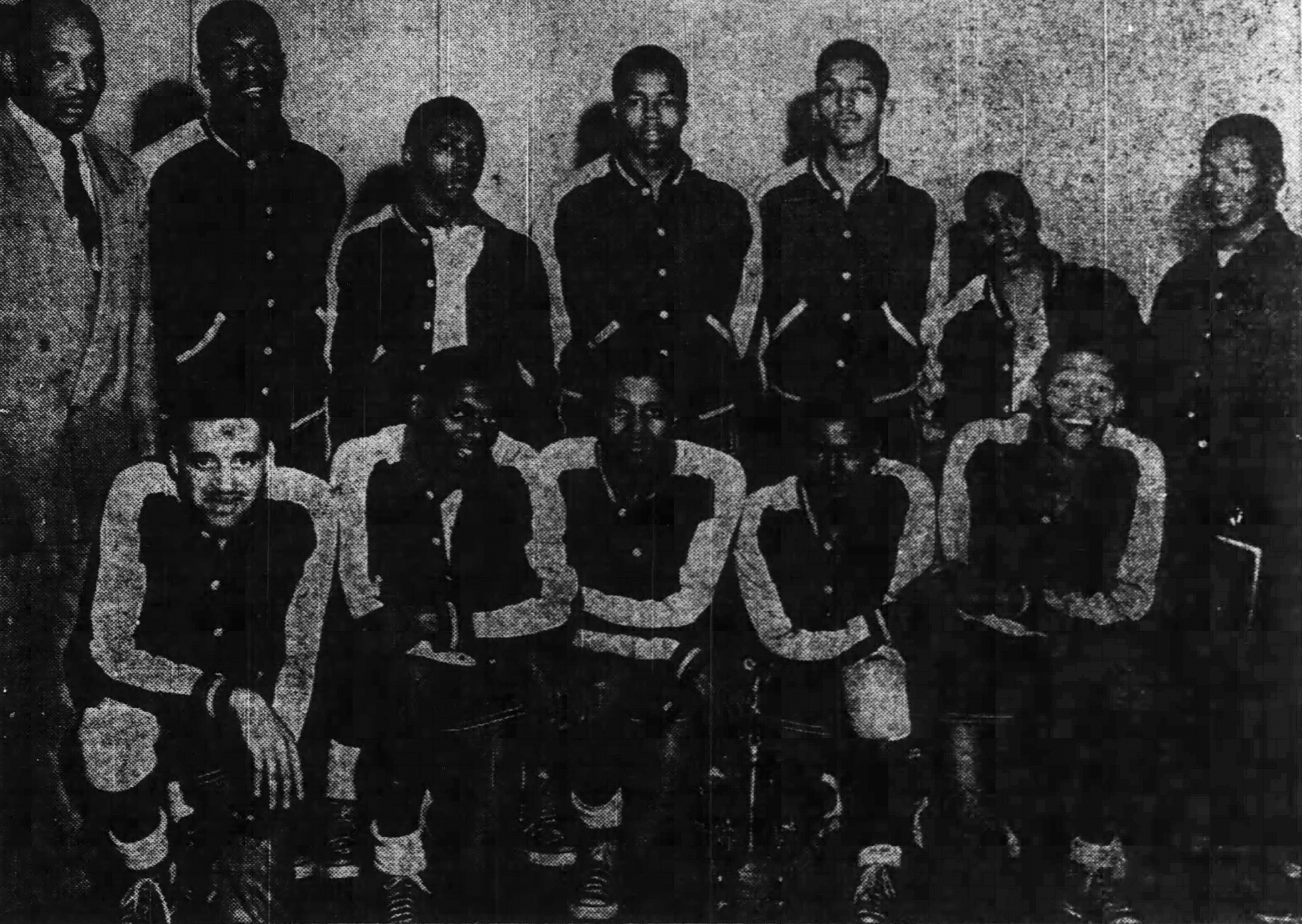 Black History Month: Morgan State’s brand new gym was the scene for the CIAA Basketball Tournament in 1952. Seventy years later, its on its way back to Baltimore.

Februrary is both Black History Month which includes the CIAA Basketball Tournament. Scholar Raja Malikah R., PHD takes a look back at the previous instance of Baltimore as a pit stop for the CIAA Tournament.

The CIAA Basketball Tournament returns to Baltimore, Maryland, where the Panthers of Virginia Union University defeated the Bulls of Johnson C. Smith University by a score of 83 to 81 to win the seventh annual championship 70 years ago. “For the first time in the history of the event, Baltimore will play host,” announced the Chicago Defender in 1952. After six successful years in the nation’s capital, the CIAA and its tournament committee relocated the postseason championship to Charm City that season.

Outside of Washington D.C., Baltimore was among the only cities below the Mason-Dixon line, and during the days of segregation, with the facilities and resources to accommodate African Americans and CIAA tournament goers.

During the 1952 postseason, most of the tournament’s excitement and news centered on location, place, and space. The enthusiasm centered not only on Baltimore, but also on the campus of Morgan State University. It was the first time that the championships were held on an HBCU campus and inside a Black college gymnasium–the then “new million-dollar Edward P. Hurt Gymnasium.”

Among the reasons for relocation was to acknowledge the growth of CIAA basketball, by hosting the 1952 tournament inside Hurt Gymnasium as part of its official dedication and opening ceremonies that year. With a seating capacity of 2,200, the gym honored “Morgan’s outstanding and veteran coach of football and track.” According to Virginia State University educator James A. Moore, it represented “a monument to a man” and was erected to “live as long as he lives, and as long as many of us here.”

Hurt Gymnasium was the physical manifestation of the racial and cultural power of Black college sports. It was a structure so profound that it scared Hurt “to death” when he walked into the house built and named in his honor.

The tournament lasted one year in Baltimore before moving to Durham, North Carolina to be closer to the CIAA institutions and fan base that existed at that time.

Though the CIAA tournament may not hold the same symbolisms and traditions of the past to the hundreds of thousands of people who attend the games and activities today, its value is undeniable and has become everything the tournament’s original founders–MSU’s Talmadge L. Hill, NCCU’s John B. McLendon, VSU/Hampton’s Harry R. Jefferson, and Howard’s John Burr–envisioned to be–an athletic and cultural institution.

The numbers are undeniable. Over 150,000 people travel annually for the CIAA Tournament. In the past 15 years, the tournament has generated $50 million per year for the city of Charlotte and Baltimore officials hope to generate the same economic success. The cities make money. But how does the CIAA compare?

The 2022 move to Baltimore exhibits a similar pattern to the tournament’s relocation 70 years ago. Like 1952 when the championship moved from the Washington Capitols’ Uline Arena to Hurt Gymnasium, this year’s tournament site is smaller than years’ past. Baltimore’s Royal Farms Arena seats up to 14,000 compared to the 20,200 seating capacity of the Spectrum Center in Charlotte.

Though the venue was smaller than previous years, the 1952 tournament in Baltimore at Morgan State allowed the CIAA to profit $1,273 compared to the $147 the Association deposited the year before. There was “overflow attendance” everyday and at every round of the tournament. As Talmadge Hill–the Father of the CIAA Basketball Tournament–recalled, Hurt Gymnasium was “taxed far beyond its limits.”

With a smaller venue comes an even greater chance for CIAA as an athletic conference to generate a larger profit from the 2022 CIAA Basketball Tournament once expenditures are paid, since most tournament goers attend the unofficial events outside of the arena anyway. The CIAA relies on ticket sales and a full arena for its true profits–the money needed to sustain the Association, its institutions, and athletic programs.

If history has its say–and it is Black History Month–and current predictions are correct, then the 2022 CIAA Basketball Tournament in Baltimore will find success and the Association as an athletic organization stands to gain because of the smaller venue.  Where the tournament goes, so do the people with little thought about where the games are played.

The tournament has always been about more than the game and larger than any venue. For the hundreds of thousands of students, fans, and alumni who attend, the tournament is a basketball championship, a community gathering, a family reunion, and a homecoming all wrapped together. Whether it is 1952 or 2022, the CIAA Basketball Tournament is and will always be, in the words of the late-Elizabeth City State University coach Robert L. Vaughan, “a social event where they just happen to be playing basketball….You want to win the game, but you come back to see folks.”