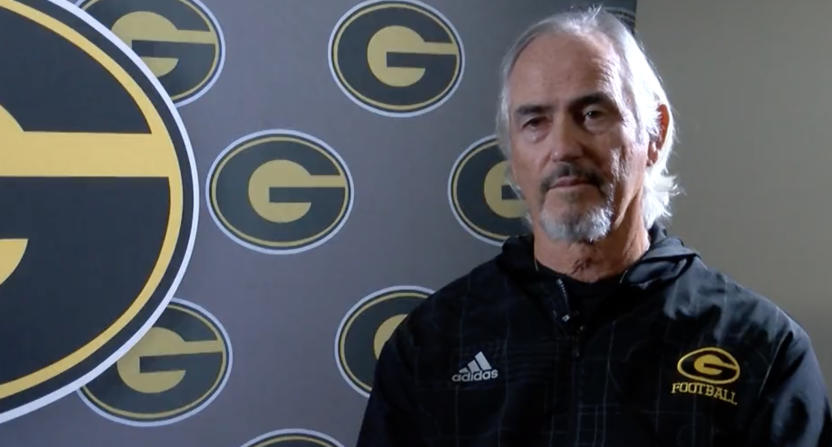 Hue Jackson doubles down on hiring of Art Briles

Hue Jackson claims support for victims as well as Art Briles, who still faces a hurdle in getting hired.

The hiring of Art Briles at Grambling State University continues to be a hot topic.

The former Baylor head coach was hired as GSU’s offensive coordinator last week, setting off a firestorm of controversy for the SWAC school. His new boss, Hue Jackson is speaking out in support of his new OC even after his hiring was widely condemned.

“The Hue Jackson Foundation has been dedicated to fighting against ALL forms of sexual abuse and exploitation as well as other forms of racial and social bias,” Jackson wrote in a statement via his foundation on Monday. “We have a clear understanding of the role that coaches and others who have a position of trust play in the lives of those they meet.

“We also know and understand the process of identifying risks, helping others to heal, and the importance of prevention. We believe that through the hiring of Coach Briles and the well-developed programs we have in place, this hire will be instrumental in teaching others the importance of knowing how to prevent victimization, proper reporting procedures, provide adequate resources to individuals who have been victimized.

Art Briles was accused of covering up sexual assault allegations against his players while at Baylor. Since being fired in 2016 has worked as a high school head coach and as an assistant in the CFL. GSU would be his first job as a collegiate coach since his dismissal.

The hiring has earned the rebuke of many, including Grambling State legend and groundbreaking quarterback Doug Williams of the Washington Crusaders. He told the media he cannot support GSU with Briles on staff.

Briles’ hiring — while controversial — is not official just yet. Briles will need a majority vote from the 16-member University of Louisiana board to formalize his hiring. It’s next meeting is set for April 28. No football coach’s contract or term sheet has been denied in the last five years.

In the meantime, Jackson is hoping to douse the flames regarding his latest hire.

“As we move forward together with Coach Briles, we ask that people keep in mind that no matter your views on this topic, please remember that people can and often do become re-traumatized and re-victimized by statements which may or may not be accurate,” Jackson’s statement said. “We will continue to support Coach Briles and all victims of assault, violence, social and racial injustices and we will continue to provide equal opportunity for healing for everyone.”

Hue Jackson doubles down on hiring of Art Briles