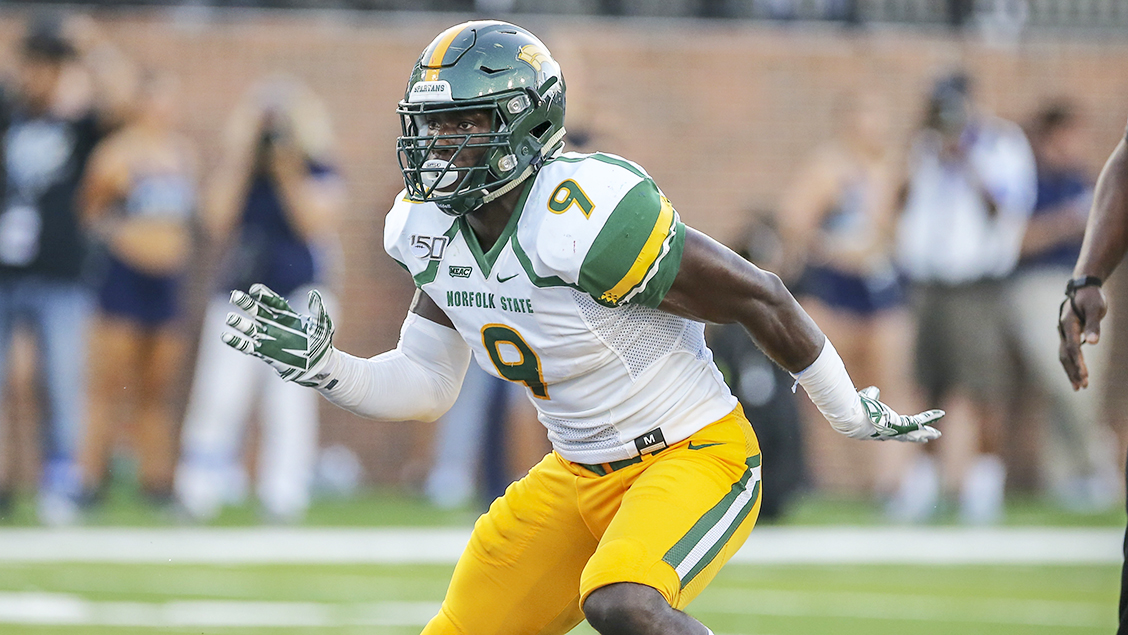 The USFL inaugural draft consisted of twelve rounds during the first of two days. Eight HBCU players had their names called.

Malik Hamner was the first HBCU player selected in the inaugural USFL draft. Hamner was selected with the fifth pick in the fourth round by the New Jersey Generals. The defensive end spent four seasons with Jackson State University Tigers that ended in 2018. Hamner spent time in the NFL and CFL.

Nigel Chavis was selected by the New Orleans Breakers with the ninth pick in the fourth round of the USFL draft. The linebacker spent five seasons with the Spartans between 2015 and 2019. Chavis was invited to compete in the 2021 NFL HBCU combine.

Chidi Okeke was selected by the Pittsburgh Maulers with the first pick in the fifth round. The offensive tackle began his collegiate career at LSU as a freshman in 2015. He transferred to Tennessee State University in 2017 as a redshirt sophomore. He played his final collegiate season with TSU in 2018. Okeke spent time in the NFL with the Tampa Bay Buccaneers.

Calvin Ashley was selected by the New Jersey Generals with the third pick in the sixth round. The offensive tackle was a five star prospect coming out of high school in 2017. He began his collegiate career at Auburn University. Ashley only played one season with the FAMU Rattlers in 2020. The tackle was signed by the Tampa Bay Buccaneers as an undrafted free agent after the 2021 NFL draft. He then later temporarily retired from football after being waived by the Buccaneers last Fall.

Joshua Taylor was selected by the Michigan Panthers with the tenth pick in the seventh round. Taylor is an offensive lineman that can line up anywhere in the trenches. He completed his collegiate football career in 2021 .

Terrell Bonds was selected by the Pittsburgh Maulers with the first pick in the ninth round. The cornerback began spent four seasons with the TSU Tigers between 2014 and 2017. Bonds spent time in the NFL with the Miami Dolphins and Baltimore Ravens. He also played in the Alliance of American Football.

Bryan Mills was selected by the Birmingham Stallions with the seventh pick in the tenth round. The cornerback led the MEAC with five interceptions in the 2019 season. He also tied the Eagles program record for single game interceptions with three. Mills began his college career at the College of Canyons in 2017. He then transferred and played for NCCU for the 2019 and 2020 season. Mills signed an UDFA contract with the New Orleans Saints after the 2021 NFL Draft.

De’Andre Johnson was selected by the New Jersey Generals with the fifth pick in the twelfth round. The quarterback finished 2019 with 1,705 pass yards. This was the fourth-highest mark at TSU since 2000. The dual threat signal caller also added 417 yards rushing. Johnson began his college career at Florida State in 2015 before transferring to a junior college in 2016 and later TSU in 2018.