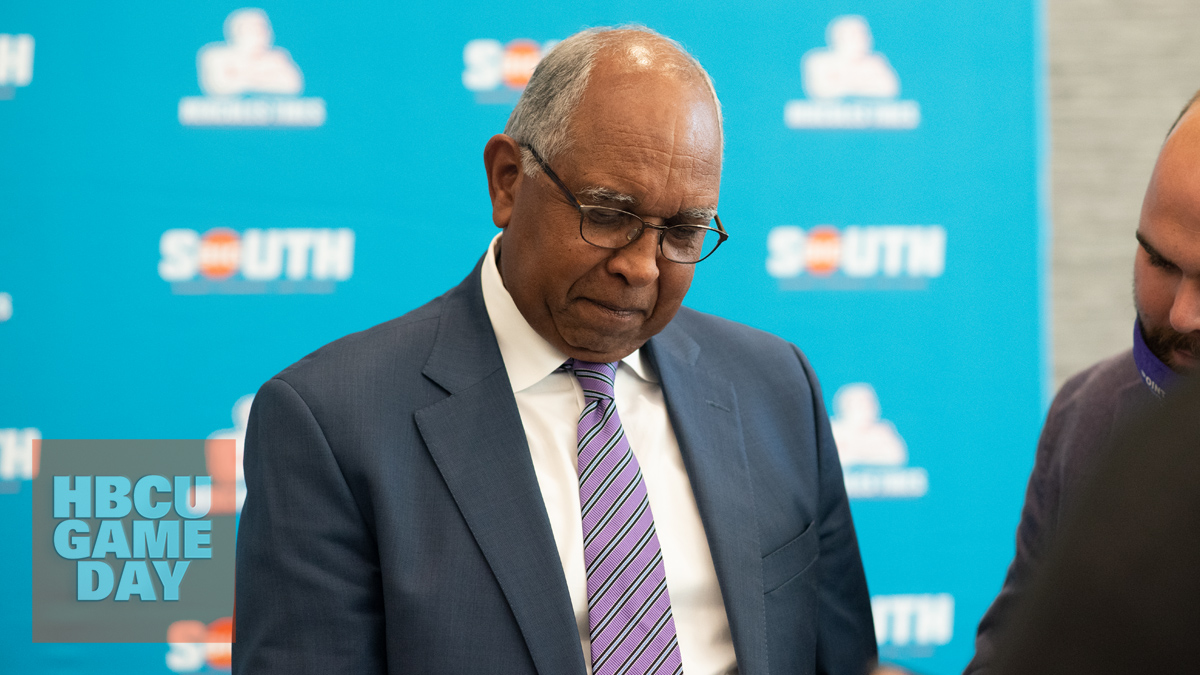 Tubby Smith is stepping down as High Point University head coach. HPU competes in the Big South with NC A&T and Hampton.

Tubby Smith, one of the all-time great college basketball coaches, is calling it quits.

The 70-year old announced on Wednesday that he’s stepping down from his position as head coach at High Point University after a second bout with COVID-19. High Point competes in the Big South along with North Carolina A&T and Hampton University. His son, G.G. Smith, will finish out the season in his place.

“I feel blessed to have had an amazing career leading, coaching and teaching great young men at first-class institutions,” Smith said in a statement. “Working at my alma mater during this stage of my career has been a dream. I’m thrilled that G.G. will be taking over as head coach. He will do a super job.

“Moving forward [wife] Donna and I will continue the work we have done for over two decades to support and assist the University as proud alums of HPU. HPU will always have a very special place in our hearts as we met and fell in love here at High Point. Our commitment and passion for HPU will never wane and we intend to continue be an integral part of its growth and prosperity well into the future.”

Tubby Smith never played or coached at an HBCU, but he told HBCU Gameday last fall that he had plenty of HBCU connections.

“My daughter went to Morgan State. A lot of my high school coaches — when I was growing up at an all-black school — went to Maryland-Eastern Shore, Bowie State,” Smith said. “A lot of my relatives went to those schools. So we grew up around it.”

Smith said that coaches like Big House Gaines and John McLendon were influential in helping mold him into the coach he would become.

“I learned from sitting at the foot of these great pioneers and leaders in college basketball. Black coaches that I could relate to that looked like me,” he said. “So I was motivated by Nolan Richardson and John Thompson and John Chaney and George Raveling. Those were the few black coaches that were Division I coaches back then.”