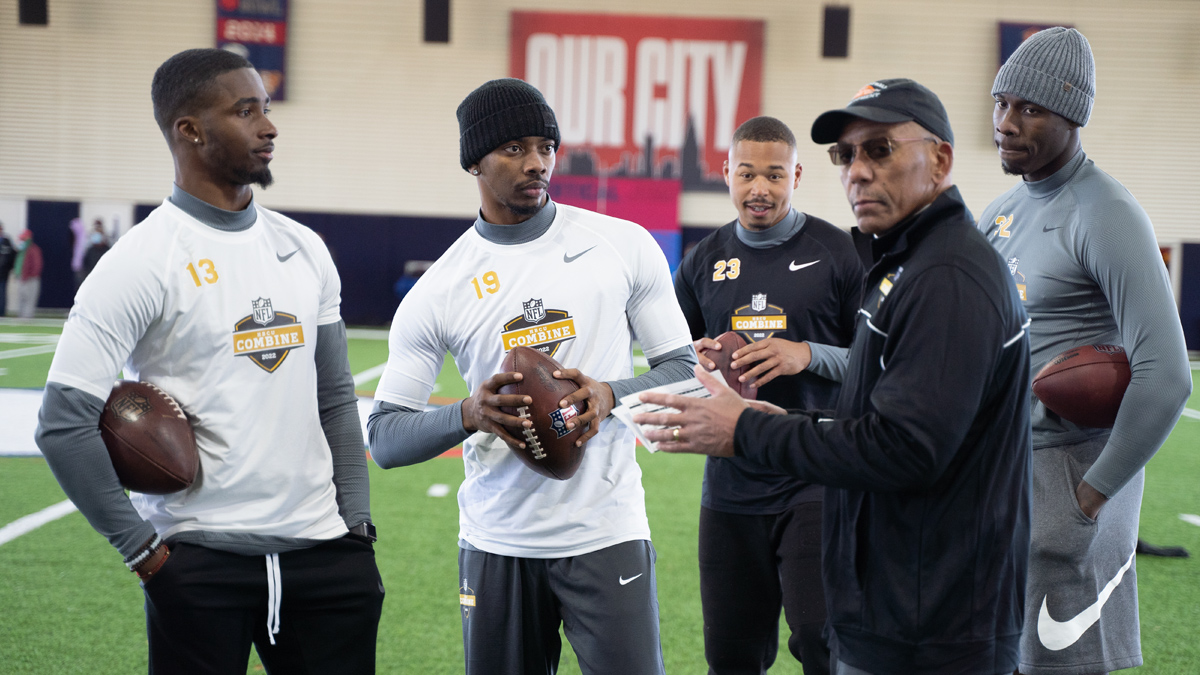 The inaugural HBCU Legacy Bowl is set to place in New Orleans on Sunday. Meet the quarterbacks.

The inaugural HBCU Legacy Bowl is just around the corner. The showcase game for prospects from HBCUs happens to coincide with a strong crop of quarterbacks who have left their impacts on their schools and conferences.

Here are the guys who will be looking to show pro scouts that they can run an offense at the next level.

Amongst a very productive crop of quarterbacks in the HBCU Legacy Bowl, no one outshines Aqeel Glass. The St. Louis native was handed the reins of AAMU’s offense under James Spady as a freshman and never looked back. He re-wrote the Alabama A&M record books during his historic tenure, winning SWAC Offensive Player Of The Year twice in 2021 (spring and fall). When it was all said and done, he threw for 12,136 yards and 109 touchdowns, both figures top 15 all-time in FCS football and top five in the SWAC. At 6’5, 215 pounds, he has prototypical NFL size and can make every throw.

Felix Harper — Alcorn State
Felix Harper took a little longer to get under center at Alcorn than Glass at A&M, but it didn’t take long for him to make an impact. He led Alcorn State to the SWAC title and a Celebration Bowl appearance in 2019 while being named SWAC Offensive Player of the Year. He wasn’t able to replicate that success during the 2021 season, but Harper was more efficient if less explosive completing nearly 62 percent of his passes and throwing 20 touchdowns to just five interceptions. He lacks the size of Glass but is more capable of making things happen with his feet.

Jawon Pass — Prairie View
Jason Pass had the shortest SWAC career of them all, spending just one season at Prairie View A&M after transferring from Louisville. He had 14 touchdowns and three interceptions in 21 career games at the ACC school before spending his last year of eligibility at PVAMU. He completed better than 60 percent of his passes and threw for 16 touchdowns while leading his team to the SWAC West title. He’s got the physical tools, much like another PVAMU quarterback who got a shot in Jalen Morton.

Ladarius Skelton — Southern
Probably the best pure athlete out of all the quarterbacks on this squad is Southern’s Ladarius Skelton. He struggled with passing, particularly accuracy, but he’s got good wheels. He also caught passes at the HBCU Combine at the Senior Bowl, so it’s possible he may try his hand at receiver in the HBCU Legacy Bowl.

Juwan Carter — Norfolk State
Like Aqeel Glass, Carter became a starter as a freshman and never looked back. His numbers improved from year-to-year as he finished his senior season with a career-high 2,901 yards. He threw for 44 touchdowns to just 13 interceptions over his last two years while completing better than 62 percent of his passes. Like Harper he has less-than-ideal pro size, but he possesses speed and shiftiness that could help him end up playing pro ball somewhere.

Geremy Hickbottom — Tennessee State
Hickbottom started his career at Grambling State as the heir apparent to DeVante Kincade. GSU was a middle-of-the-road team in 2018 and 2019 and Hickbottom was unable to establish himself as a top signal-caller in the SWAC. He hit the transfer portal after a rough spring 2021 season and ended up at TSU where he was solid as a starter, throwing 11 touchdowns and running for seven more in eight games. At 6’4, 210 scouts will definitely be looking to see if there is something that translates to the next level.

Bryce Whitt — Chowan
Bryce Whitt was perhaps the most controversial addition (along with his teammates) to the game due to the fact that he didn’t actually play at an HBCU. Chowan plays in the CIAA, but isn’t an HBCU. Beyond that, though, there’s no denying that he’s earned a legit look from the pros. The 2021 CIAA Offensive Player of the Year re-wrote his school record books and he accumulated 3018 yards of total offense paired with 42 total touchdowns (31 passing, 11 rushing) as a senior.