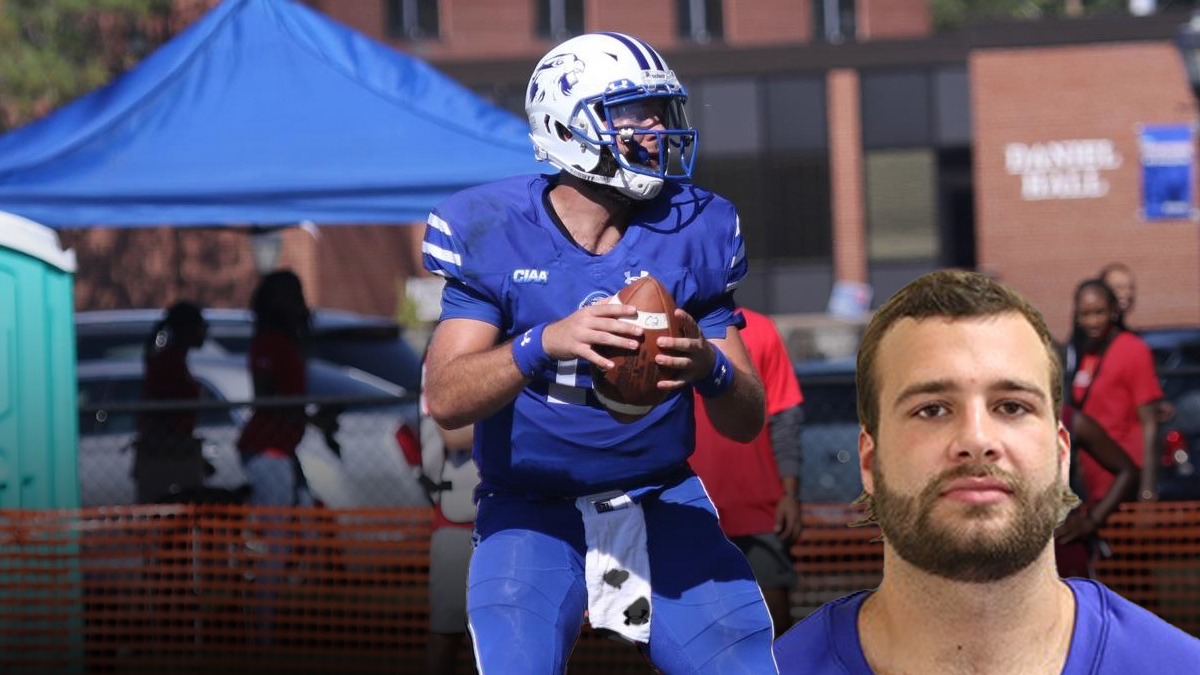 Why Bryce Witt belongs in the HBCU Legacy Bowl

Bryce Witt had a big year and was named CIAA Player of The Year. So why is his HBCU Legacy Bowl invite controversial?

The HBCU Legacy Bowl is sending out invites to its inaugural game, slated to take place in February in New Orleans. The HBCU Legacy Bowl “is a postseason all-star game showcasing the best NFL draft-eligible football players from Historically Black Colleges and Universities.”

The first three schools mentioned are well-known HBCUs. Chowan is the only non-HBCU that plays football within the four FCS and Division II HBCU conferences. So, there’s a natural reaction to wonder why an all-star game that is dedicated to HBCUs would invite players from a non-HBCU.  Here are three reasons why inviting players from Chowan to any HBCU all-star game makes sense:

Chowan is currently an associate member in the CIAA for football and women’s bowling.  Prior to 2018, Chowan’s main sports home had been the CIAA, while it has been an associate member in Conference Carolinas for eight sports.  The school moved some of its programs to Conference Carolinas in 2018 because it allowed the school to move 17 of its 19 sponsored sports under one umbrella.  The CIAA’s decision to drop baseball as a sponsored sport certainly help catalyze Chowan’s realignment.  Since Conference Carolinas does not sponsor football (for now), the CIAA agreed to keep Chowan for that sport. Chowan has been competitive in the CIAA North division for football, but has never won the division. Nonetheless, as a CIAA member for football, it would make sense that the football team should enjoy the privileges that come with conference affiliation.

In addition to its conference affiliation, the student body’s racial mix is not far off of HBCUs despite the school not being an HBCU. In 2020, Chowan enrolled 1100 students, with 637 of those students being African-American.  That calculates to 58 percent, or a majority of its students being Black. That percentage is in line with conference member Shaw (59 percent) and SIAC member Kentucky State (57 percent). Moreover, Chowan is in a predominately Black area, and is in an area recruited by other CIAA schools, particularly Elizabeth City State.  If the goal is to showcase Black talent, then including Chowan’s standout players also makes sense when coupled with conference affiliation.

Why Not Bryce Witt?

Quarterback Bryce Witt (Dinwiddie, VA) has been Chowan’s starting passer for the last four seasons. This year, he accumulated 3018 yards of total offense paired with 42 total touchdowns (31 passing, 11 rushing).  Witt’s offensive output led him to be voted the CIAA’s Offensive Player of the Year this season, becoming the second Chowan quarterback to do so.  Witt was also nominated for the Harlon Hill Trophy, awarded to Division II’s most outstanding player, and it was his second time being nominated by his conference peers for the award.  His 99 career touchdowns via passing and rushing are noteworthy and falls only behind WSSU’s Kameron Smith (105 touchdowns) and Bowie State’s Amir Hall (127 touchdowns) for quarterbacks since 2010. Witt’s play helped Chowan finish with the best season in its Division II history (7-3), though all three losses came against divisional opponents.

Critics wondered if Witt was taking a spot from a quarterback who played at an actual HBCU, but the other quarterbacks on this list are logical selections. At the Division II level, the only senior that is close to Witt’s production is Bowie State’s Ja’Rome Johnson, but Johnson’s production was lower because of BSU’s well-rounded offense.  That does not mean he will not get an invite, but that is likely the reason why Witt received an invite first. Not to mention, there have been other white quarterbacks who have flourished in HBCU conferences, most recently Ryan Stanley at FAMU.

It’s easy to dismiss Chowan away from any HBCU football-specific events given that they are not an HBCU. No one is trying to call Chowan an HBCU either. Nonetheless, the spirit of these games are designed to give players who play in HBCU conferences a platform because the player and conference as a whole benefit from the positive exposure. HBCUs have had such positive exposure challenges in the past, and these games give those players an opportunity.

A player like Bryce Witt, who has excelled at a high level in a black college conference, would have interested parties wondering more about the school and the conference the player plays in. As such, Chowan’s conference affiliation with the CIAA should — by itself — allow them access to these games.  All the other factors only serve to strengthen the argument that Chowan’s student mix, which is predominately black, also could benefit from the exposure if the player’s accolades warrant so. After all, he and any other Chowan player who did well relative to peer CIAA institutions also need the ability to showcase their talent too.

There’s something that even I can agree to: Chowan should lose that access to HBCU post-season games the moment they leave CIAA football.

But until that happens, a player of Bryce Witt’s caliber cannot and should not be ignored by the HBCU Legacy Bowl. Let’s play ball.

Why Bryce Witt belongs in the HBCU Legacy Bowl