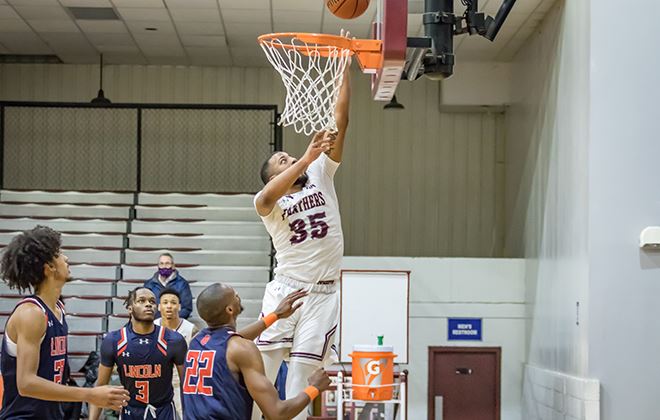 Virginia Union came out on top against Lincoln University in a battle for first place in the CIAA North with one week to go.

Virginia Union University sits alone in first place in the CIAA North after winning over one of its top competitors.

Osborne hit a season-high 12 field goals in the win.

“This was a big win on the road against a very talented Lincoln basketball team,” said VUU Head Men’s Basketball Coach Jay Butler.  “We gave up 90 points the last time we played them, but today I thought we defended well late in the first half to get the lead and continued to defend well in the second half.

“Robbie Osborne played a fantastic game today. I challenge our seniors to lead us, and Jordan Peebles and Tyriek Railey played with a sense of urgency today on both ends of the court. I was very proud of them.”