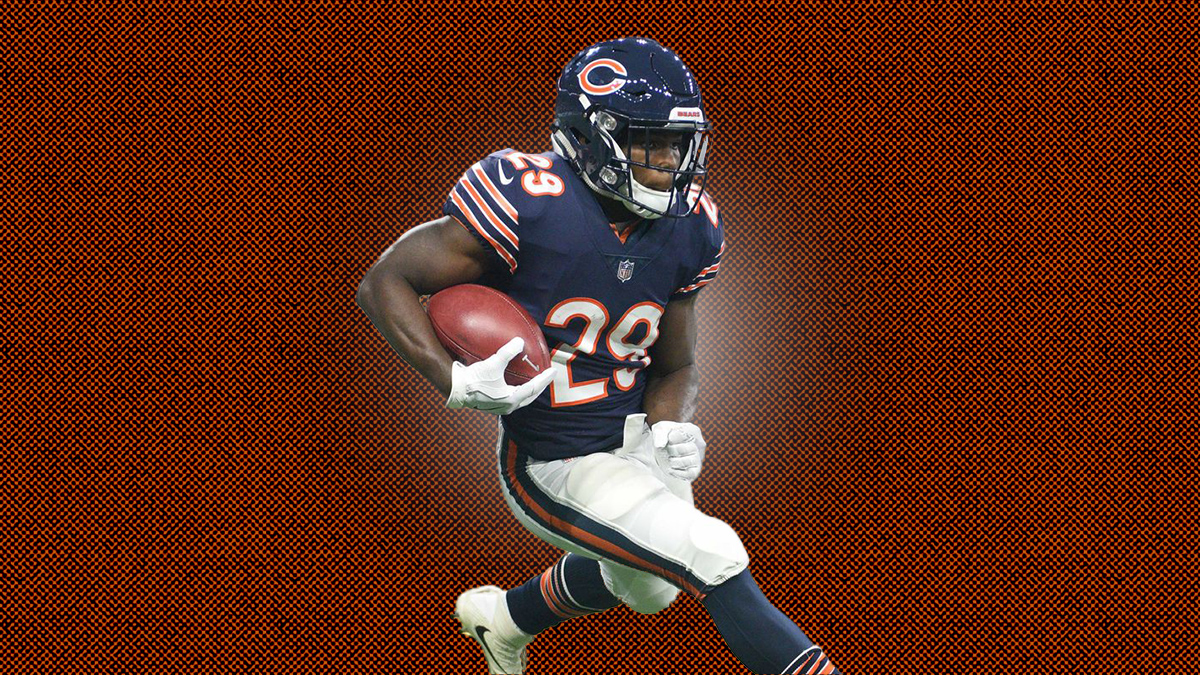 North Carolina A&T alumnus and Chicago Bears running back Tarik Cohen has been named the recipient of the Ed Block Courage Award.

Running back ﻿Tarik Cohen﻿ has been named the winner of the Bears’ 2021 Ed Block Courage Award.

The prestigious awards are presented to one player on all 32 NFL teams who best exemplifies a commitment to sportsmanship and courage and serves as an inspiration in the locker room. The award recipients, who are voted for by their teammates, symbolize professionalism, great strength and dedication, and they are considered community role models.

Cohen continues to battle back from a knee injury that has sidelined him since Week 3 of the 2020 season.

Selected by the Bears in the fourth round of the 2017 draft out of North Carolina A&T, Tarik Cohen had a breakout rookie year. He rushed for 370 yards and two touchdowns on 87 carries, caught 53 passes for 358 yards and one TD, averaged 9.4 yards with one touchdown on 29 punt returns, averaged 22.4 yards on 26 kickoff returns and even threw a touchdown pass. In the process, Cohen became the first NFL rookie to generate a TD on a rush, reception, pass and punt return in a single season since Bears Hall of Famer Gale Sayers in 1965 and the first NFL player to do so since Terry Metcalf in 1975.

In 2018, Cohen again displayed his versatility. He became only the second player in NFL history to gain at least 500 yards via rushing, receiving, punt returns and kickoff returns in his first 25 career games. Cohen lined up all over the field, excelling in different roles and creating matchup nightmares for opposing defenses. He led all NFL running backs with seven catches of at least 25 yards, including a 70-yard touchdown on a screen in a win over the Jets at Soldier Field that was the Bears’ longest play from scrimmage in 2018.

Cohen capped the season by being voted to the Pro Bowl and named first-team All-Pro as a punt returner after leading the NFL with 411 punt return yards.

The Ed Block Courage Award Foundation is based in Baltimore and is dedicated to supporting the well-being of abused, neglected and at-risk children throughout its Courage House National Support Network for Kids.

After being cancelled the last two years due to COVID-19, the annual Ed Block Courage Award luncheon is scheduled to return Tuesday, April 5 at Manzo’s Banquets in Des Plaines. The luncheon traditionally also honors the late Ed McCaskey by raising money for a fund in his name that provides high school, college and vocational scholarships to the children of Maryville. During his tenure with the Bears—first as vice president and treasurer and later as chairman and chairman emeritus—McCaskey was known for his generosity to Maryville.

Ed Block was a long-time head trainer with the Baltimore Colts who was a pioneer in his field. Block and his wife dedicated their lives to helping children in distress as foster parents and advisers. There are presently 23 Courage Houses connected with NFL teams and this is the 44th year the awards have been presented.