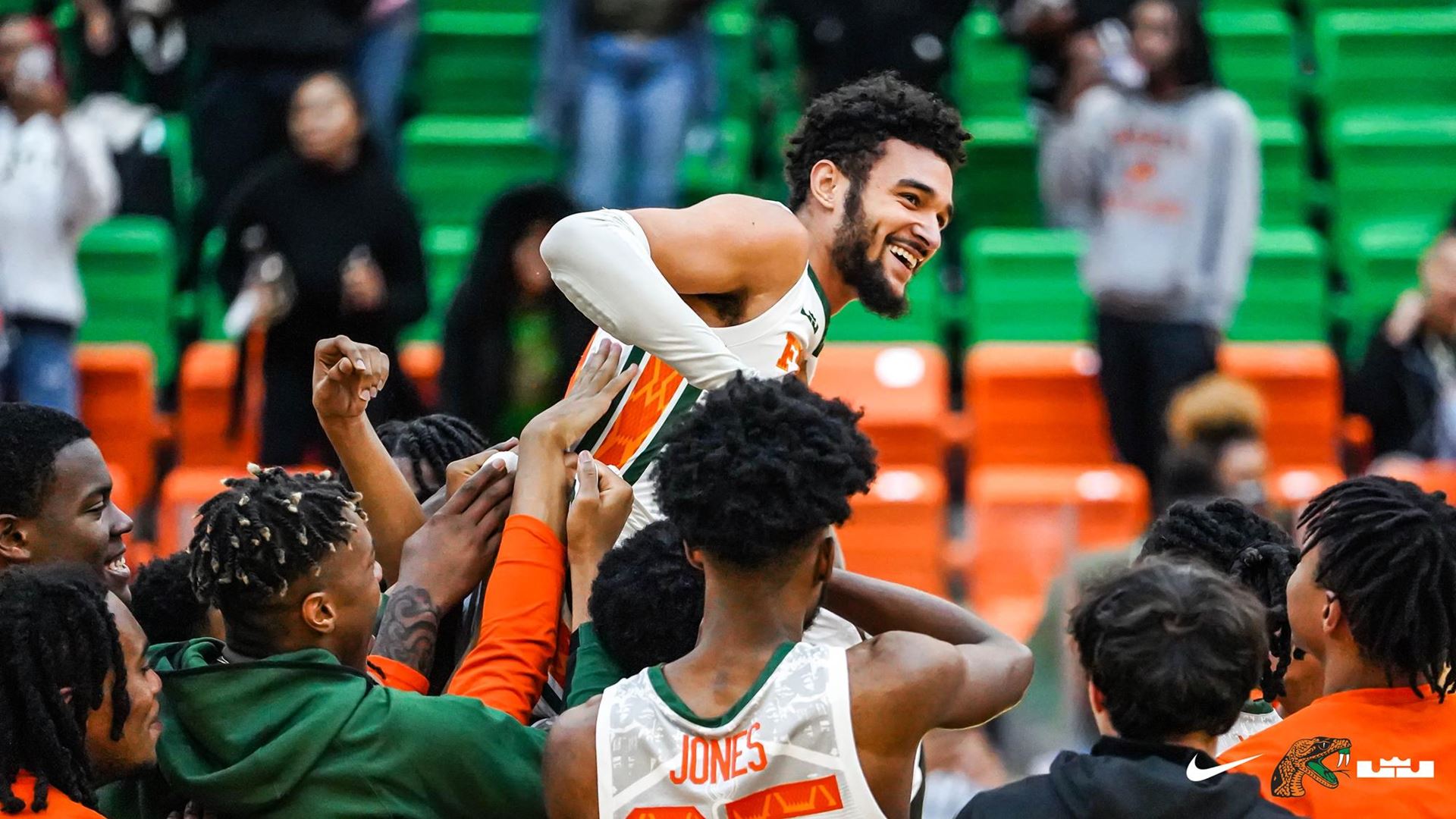 Florida A&M mounted a comeback at home to steal victory from the jaws of defeat against Prairie View A&M.

TALLAHASSEE, Fla. | Florida A&M had another home comeback when down double-digits as the last-second three-point shot from Dimingus Stevens put his team ahead 61-60 with .7 seconds left. Prairie View missed the final full-court heave as time expired to improve the FAMU’s conference record to 8-3.

The Rattlers struggled in the first half, only scoring 17 points while shooting 30.4% from the field, and went into the half down 11. The Panthers came out of the half on a 12-7 run to take a 40-24 lead and their largest lead of the game (16 points).

After falling 16, the Rattlers went on their own 23-6 run to retake the lead at 47-46 and received a massive boost from Dimingus Stevens as he scored nine points during the run, including a four-point play.

The Rattlers continued their run with another 9-3 run after taking the lead to extend their lead to seven points (56-49) but allowed a Panther 11-2 run to take a 60-58 lead with eight seconds left. The Rattlers called a timeout with 4 seconds left and drew up the perfect play in which MJ Randolph drove baseline and kicked it out to wide-open Stevens, who nailed the clutch shot to win the game.

Florida A&M looks to take this win and extend it with trips to Mississippi against Jackson State and Alcorn State this upcoming weekend.