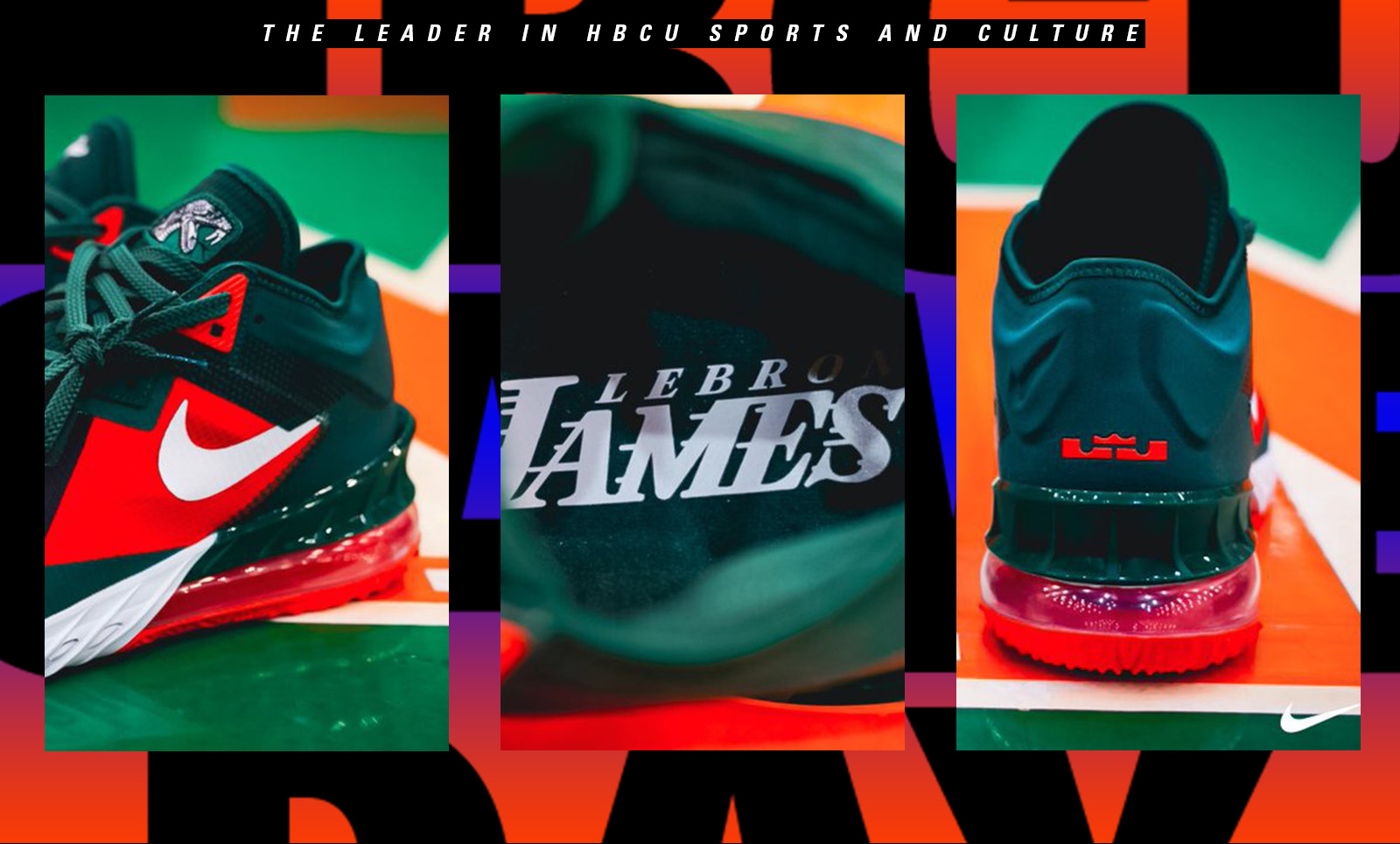 LeBron James exclusives will make you wish you played for FAMU

When Florida A&M hits the basketball court this weekend it will be rocking brand new LeBron James sneakers.

It’s been almost a year since LeBron James and Florida A&M inked a deal to have the NBA All-Star to fit the HBCU in his custom gear.

When FAMU hosts Alcorn State and Jackson State in Tallahassee this weekend, the basketball team will be dripping with some exclusives that won’t be worn in the SWAC — or anywhere else for that matter.

FAMU dropped some images of the latest green and orange Nikes bearing his name and they are definitely eye-catching. From the white Rattler logo on the tongue to James’ name on the shoe’s interior to his logo on the heel, this release stands out.

FAMU’s uniforms bear the LeBron James logo as part of the agreement that was announced in March of 2021. Per the accompanying press release, the agreement services the university’s athletic department, all 14 of Florida A&M’s sports programs and the Marching 100 band. NIKE supplies all team footwear, uniforms, apparel and equipment. Florida A&M’s sports teams are outfitted in LeBron James uniforms, apparel and footwear, including footwear designed specifically for the university, as part of this relationship.

Unfortunately for the masses, these shoes won’t be made available to the public. While that may be frustrating for fans and alumni as well as general sneakerheads, it is a nice incentive for the student-athletes who will get a chance to wear and own them.

LeBron James exclusives will make you wish you played for FAMU