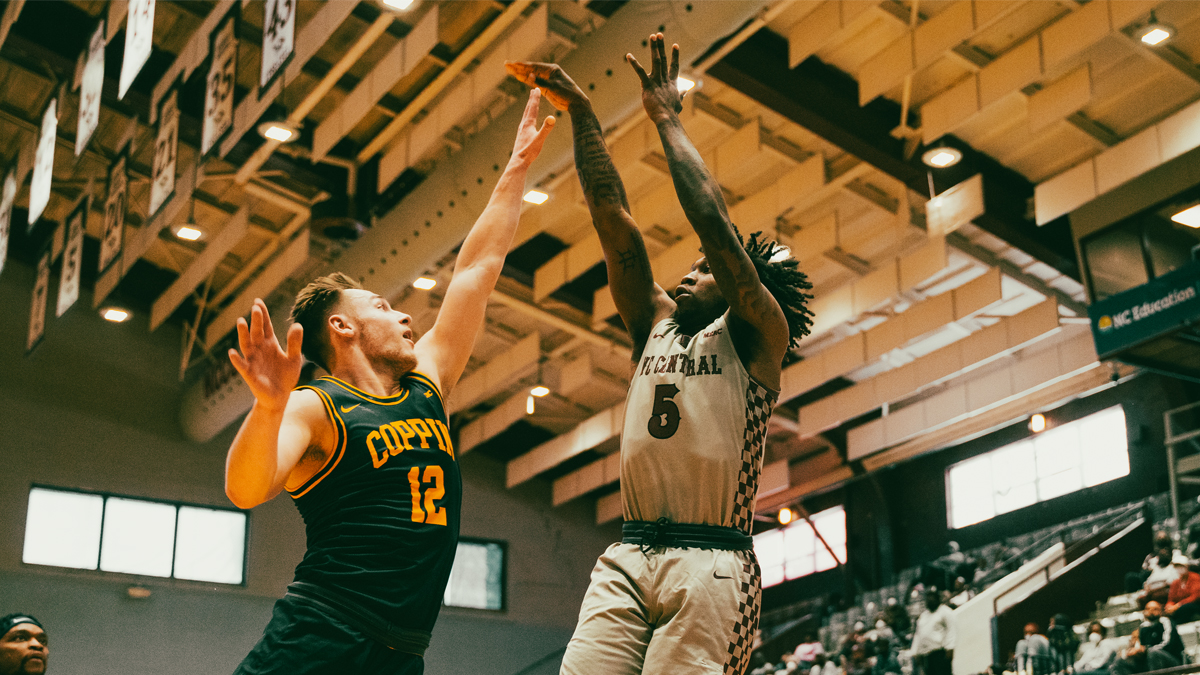 NC Central got up early, fell behind late but managed to pull out a win at home behind another big night from Justin Wright.

DURHAM, N.C. – For the third consecutive game, the NC Central University men’s basketball program saw the game decided on the final shot; and, once again, NCCU came away with a narrow win, 69-68, over Coppin State on Saturday, Feb. 5 inside McDougald-McLendon Arena.

After the intermission, CSU immediately forced a turnover at the start of the half, and Tyree Corbett (Philadelphia, Pa.) jammed home a dunk to give the guests its first lead of the game.  NCCU quickly retaliated with a jumper from Justin Wright (Greenville, N.C.), but a quick three in response from Kyle Cardaci (Holmdel, N.J.) allowed CSU to step into the driver’s seat.

Just like how NC Central claimed a double-digit lead in the first half, CSU went up by 10, 53-43, with 12 minutes left.  From that point on, NCCU outscored CSU 20-9 during a remarkable seven-minute stretch to get back in front, 63-62, with just under five minutes to go.  Both teams traded field goals down the stretch, but Wright hit a big layup for NCCU to put the home side up, 69-68 with 22 seconds remaining.  CSU had one more opportunity, but left a shot short to allow NCCU to pull out the one-point win.

Wright scored 17 of his career-high 25 points in the second half to help NCCU to the big win, and Kris Monroe (Raleigh, N.C.) recorded his second double-double of the year with 10 points and 12 rebounds.

Corbett led CSU with a big double-double of 17 points and 12 boards, followed by Nendah Tarke (Gaithersburg, Md.) contributed 13 points with eight caroms.  Justin Steers (Philadelphia, Pa.) put in 12 points with a game-high six assists, and Cardaci matched him with 12 points of his own.

NCCU will now head on the road to face South Carolina State on Monday, Feb. 7.