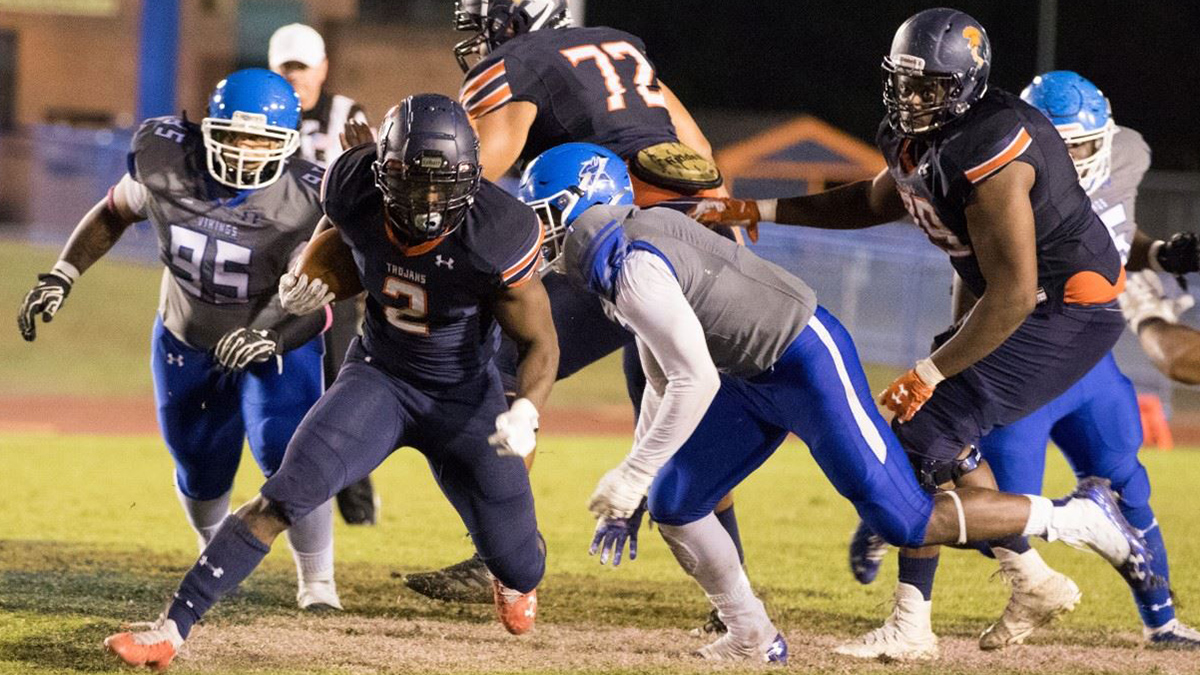 Virginia State has put out its 2022 football schedule, which features eight games against CIAA opponents.

Virginia State will open the 2022 season on September 3  with a Labor Day weekend matchup at Lenoir-Rhyne. It will be the teams’ third meeting.

Next, VSU begins an eight-game schedule against Central Intercollegiate Athletic Association (CIAA) opponents, starting with a home game against St. Augustine’s on September 17 at 6:00 p.m. followed by a road game against Livingstone in Salisbury, NC. The Trojans will start the month of October off by hosting Shaw on October 1 at 6:00 p.m.

For homecoming, Virginia State will host Bowie State on October 8 at 2:00 p.m., before taking a trip to North Carolina to face Chowan on October 15.

The next two games for the Trojans will also be on the road against Elizabeth City State on October 22 and Lincoln (Pa.) on October 29. VSU will close out the regular season with the long-time rivalry matchup against Virginia Union on November 5 for the Trojans annual senior day.