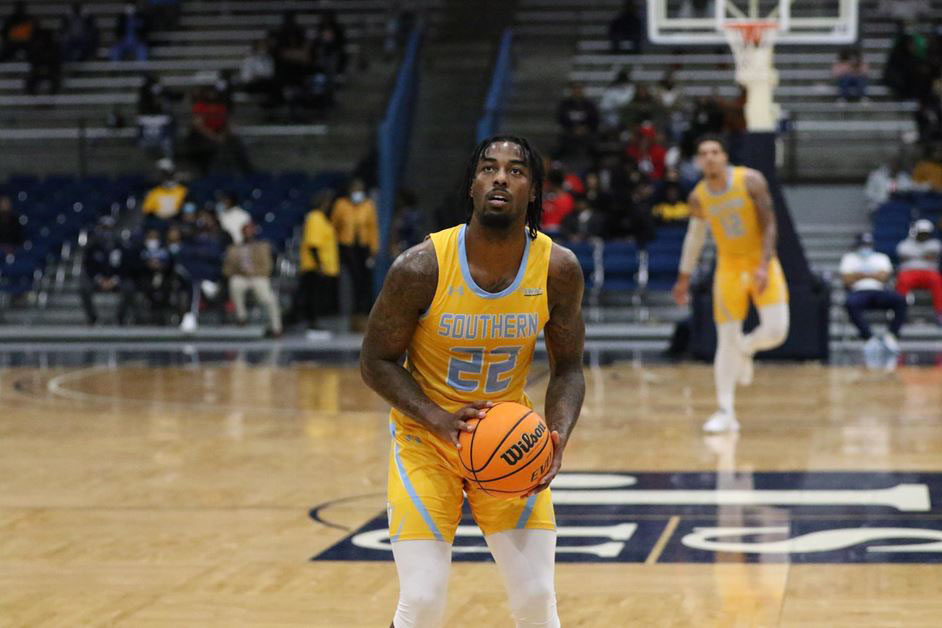 Southern University gets bounce back win against Jackson State

Jags were virtually unstoppable from behind the arc in the first half.

Jackson, MS —The Southern University Jaguars (12-9, 7-2) get back in the winning column with a 75-64 victory over Jackson State University (4-16, 2-7) inside the Lee E. Williams Athletics and Assembly Center in Jackson, Mississippi on Monday evening.

How It Happened
First Half

Next Up
The Jags will continue Southwestern Athletic Conference play on February 5, 2022, as they return to Baton Rouge for a contest against Alabama A&M. Tip-off will be 30-minutes following the women’s game.

Southern University gets bounce back win against Jackson State