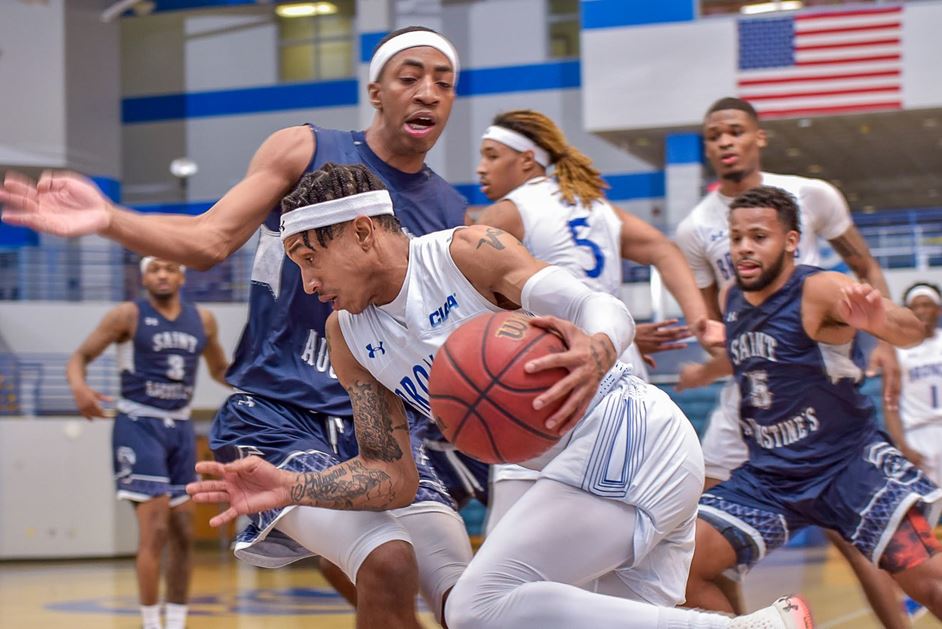 Fayetteville State comes from behind at home versus Lincoln (PA)

Cress Worthy got hot for the Bronocos from behind the three point line.

Fayetteville, NC (January 31, 2022) — Fayetteville State currently has the best conference record over the CIAA Northern and Southern Divisions. The Broncos (14-6 overall) defeated Lincoln (Pa.) 59-52 in Capel Arena to improve to 9-1 in conference play. The Lions (14-6 overall) are now 7-3 in the CIAA.

Cress Worthy had the hot hand in the game with 22 points. The junior from Gastonia, NC made 4-of-7 three-pointers and dished out three assists. Koraan Clemonts added a dozen points while Jalen Seegars led the team with nine rebounds and points.

Lincoln led the majority of the first half until the Broncos closed it out with an 11-0 run in the final four minutes for a 29-21 lead going into the locker rooms.

Fayetteville State would lead by as many as ten (47-37) until Lincoln (Pa.) climbed within four (55-51) with four minutes left in the game. Clemonts hit back-to-back jumpers to push the lead back to eight (59-51) with a minute left.

Fayetteville State will now have a break after playing five games in nine days. The Broncos will take the court against on Saturday, February 5 with Johnson C. Smith visiting Capel Arena.

Fayetteville State comes from behind at home versus Lincoln (PA)