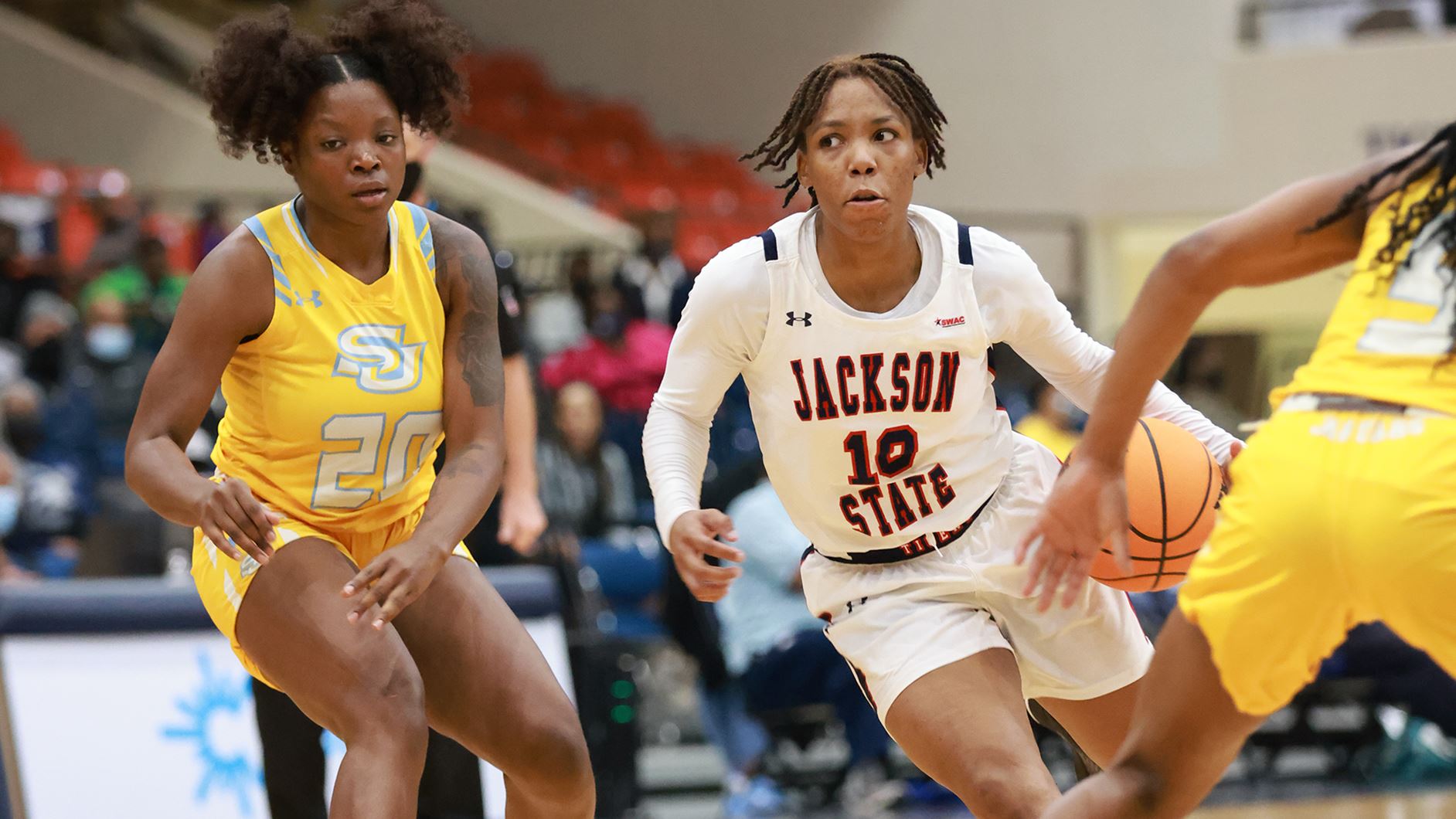 Jackson State got a tough test against Southern University but ultimately came out with its ninth win in as many tries as it continues to roll through the SWAC.

“I thought that we competed extremely hard tonight and gave ourselves an opportunity to win. The game was right where we wanted it in the fourth quarter we just needed to make a few more plays”  Carlos Funchess, SU head coach said. “I thought that their offensive rebounding was the difference in the game tonight.I’m really proud of the girls effort level and we will continue to work to get better.”

Reigning SWAC Defensive Player of the Year and All-American candidate Ameshya Williams-Holliday scored a game-high 17 points and added14 rebounds to post the double-double. Williams-Holliday shot 6-for-11 from the field and finished 5-for-6 at the free-throw line.

Mya Crump scored 12 points on 5-for-11 shooting from the floor.

JSU dominated in the paint and out-rebounded SU 39-22 while scoring 32 points in the paint.

The eight-point margin of victory was the first time in SWAC play that Jackson State won by less than double-digits.