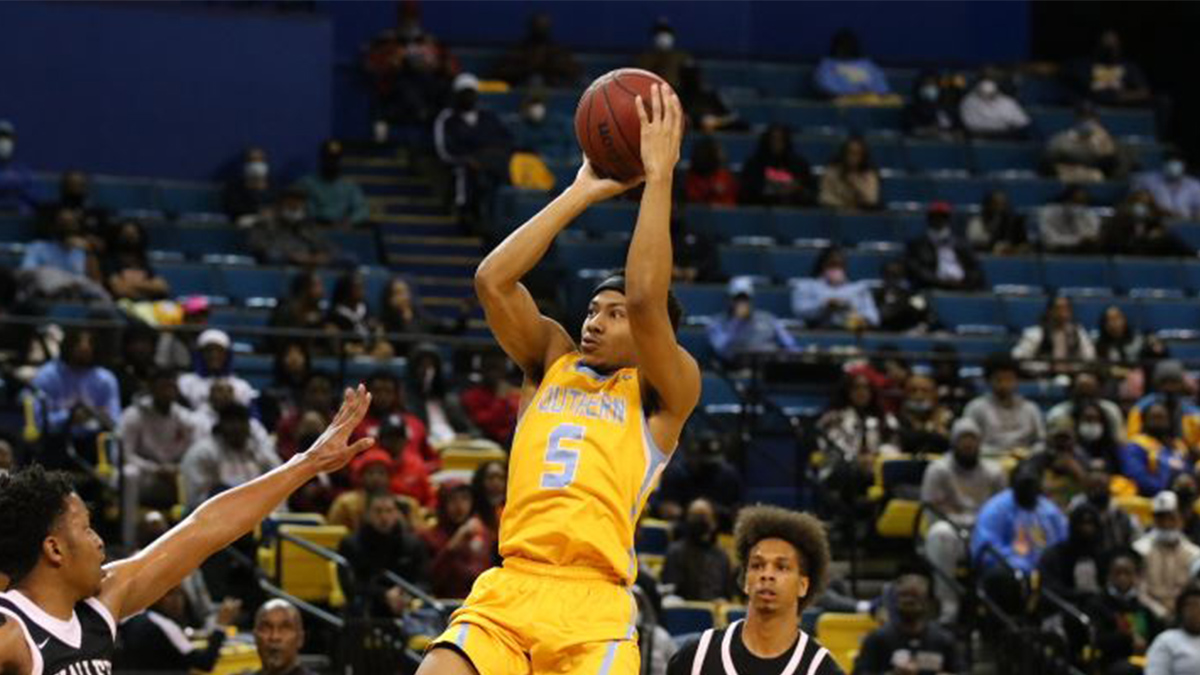 Southern University didn’t repeat its 48 point margin of victory, but it wasn’t far off against Mississippi Valley State.

SU scored early, often and easily against Mississippi Valley State as it came away with a 100-72 win at home at the F. G. Clark Center.

The offense actually got better in the game’s final 20 minutes. The Jaguars shot 64.3 percent from the field in the second half as Brion Whitley put up 12 of his 17 points during that time and they were nearly perfect from the free throw line, hitting 11 of 13 attempts.

Isaiah Rollins had a perfect night on offense, scoring 17 points by hitting all five of his attempts, including four from the 3-point line. Terrence Williams Jr. (14 points) and Brendon Brooks (12 points) also finished in double-figures for the Jaguars.

Kadar Waller led the way for Mississippi Valley with 20 points, 13 of them coming from the free throw line. Caleb Hunter added 15 points for the visitors.

Southern’s win completed a sweep this weekend in dominant fashion, averaging a 38-point margin of victory, and improved its record to 6-1 in the SWAC — the best in the league so far. It will hit the road to Mississippi this upcoming weekend, first batting with Alcorn State and then heading to take on Jackson State on Monday.