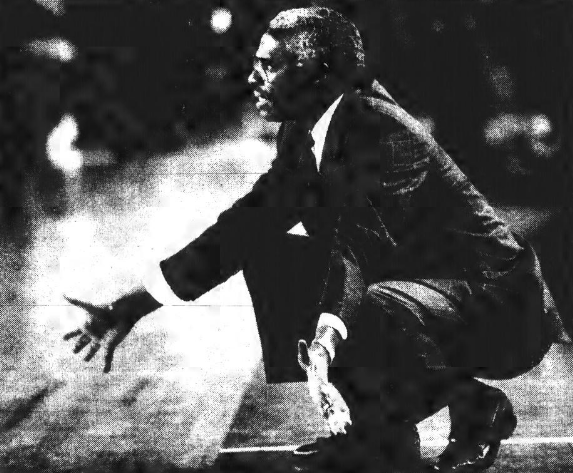 Share
Tweet
Share
Share
Email
Comments
The college basketball world has lost one of its giants. Long-time head coach Ben Jobe has passed away the age of 84, according to one of his prized pupils, Alabama coach Avery Johnson.

. Lost a great man today! My college coach and Mentor Ben Jobe passed away at home! I loved him so much! #RIP 🙏🏽#SU1988

Jobe, a Fisk University alumnus was a head coach at six schools in five different decades. He is best known for his high-scoring, high-flying teams at Southern University, which included players like Johnson and Bobby Phills.

The high-water mark of his career came in 1993, when his 13th-seeded SWAC champs upset ACC champion Georgia Tech.

“He had a great basketball mind,” ex-Indiana Pacers President Donnie Walsh told the Baton Rouge Advocate. “But he combined it with the ability to teach and lead young men. I thought he was perfect because he had the right balance and toughness that you need to have, particularly with younger people.”

Our thoughts and prayers are with Jobe’s friends and family as well as his former players.