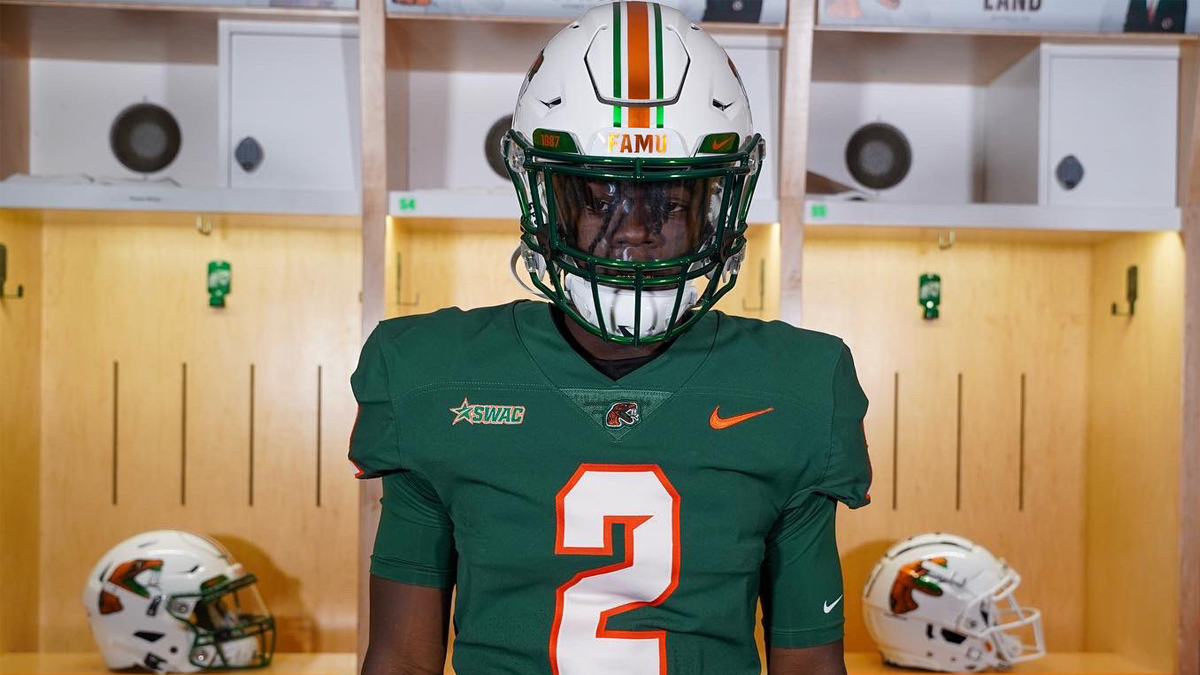 Florida A&M had several key recruits in Tallahassee over the weekend. Landing KJ Burke was a big grab for the program.

Florida A&M football hosted several 2022 prospects over the weekend, and it reeled in at least one big fish.

Kareem Burke, a three-star wide receiver prospect out of Jacksonville, FL has committed to play for FAMU. Burke announced his commitment on Sunday, one day after his official visit to Tallahasee.

Burke is rated just outside the top 150 wide receivers according to 247 Sports at 154 in its composite ratings. He’s rated as the 151st best player in the state of Florida. Florida, of course, is known for speed and that’s what the Rattlers are getting in Burke who is also a state champion at track. He’s been clocked at 11.1 in the 100 meters and is likely to get faster.

Burke played both wide receiver and running back at Raines High School, but he’s projected as a wide receiver on the next level. His ability has attracted more than a dozen offers from FBS schools, including Power Five programs such as Penn State, Iowa State, Kansas, Maryland and Miami. But he will be taking his talents to FAMU.

Florida A&M had six prospects in over the weekend who toured its updated facilities including the locker room where they got a chance to try on FAMU uniforms. That group included four-star defensive lineman Christen Miller, one of the top remaining unsigned players in the class of 2022. At least one player it coveted has decided to join, and he may not be the only one as National Signing Day gets closer.