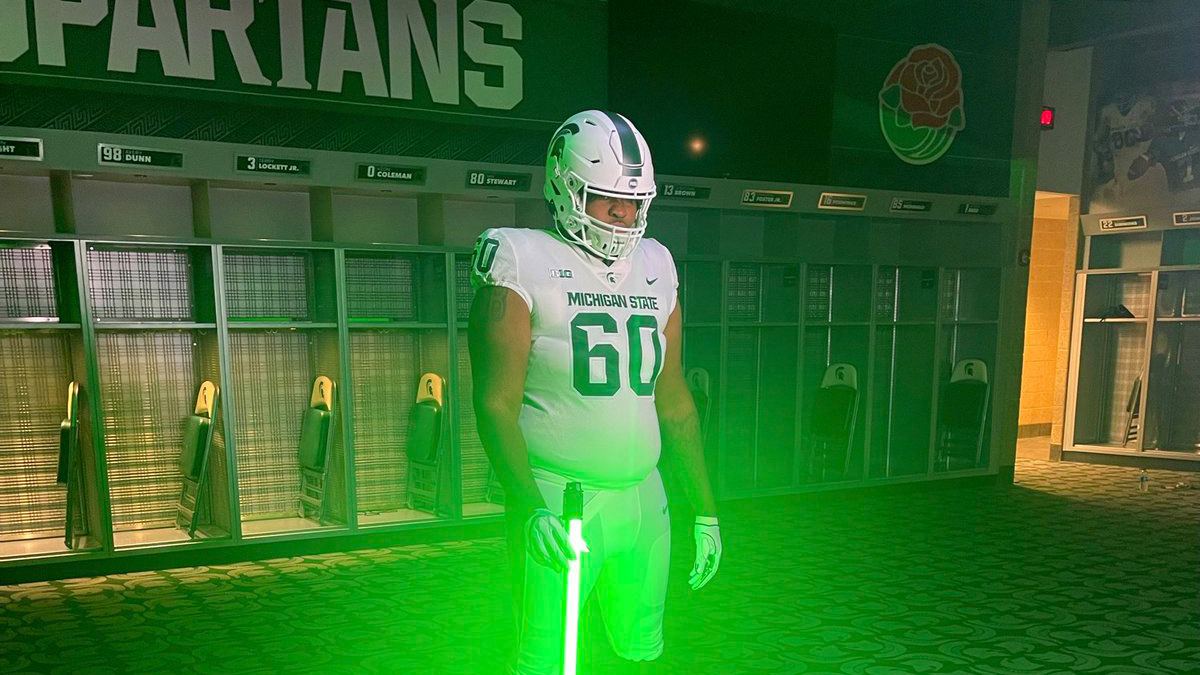 Why an HBCU flipping a Michigan State walk-on matters

Devin Runnels had committed to walk-on to Michigan State — his dream school. But an HBCU came along with a full-ride and he saw the light.

Michigan State is a program on the rise — but so is Mississippi Valley State.

On Sunday the SWAC program picked up a commitment from a young man who had previously committed to the Big Ten program.

Devin Runnels is an offensive lineman from Mount Morris, MI. Rated a two-star prospect by 247 Sports, he previously committed to MSU as a preferred walk-on back in December 2021. Runnels told the recruiting website that Michigan State was his “dream school.”

“I have been loving MSU since 8th grade and through high school so I have just been into MSU since then,” he said in December. “I worked my hardest to get into the school and just started loving the game more from MSU football.”

But apparently between now and then, he’s had a change of heart.

“I will be taking my talents to MVSU, a D1 HBCU, on a full-ride scholarship” he wrote in his tweet announcing his decision.

That’s a big deal for a couple of reasons. Yes, a full scholarship is a smarter move financially and many walk-ons at Power Five schools never see the field. But that doesn’t stop many student-athletes from still paying out of pocket with a scholarship on the table.

“MVSU came with full ride after I committed to MSU on a PWO offer,” Runnels said. “I knew my worth and ran with Mississippi Valley.”

Furthermore, the fact the Valley had the financial means to offer him was huge. For decades the program has been one of the worst funded in Division I football. Even amongst the SWAC’s modest athletics budgets, MVSU has steadily lagged behind.

But that gap appears to be closing. Valley won four games this year under head coach Vincent Dancy — it’s best performance in a decade. The coach re-upped with the school last fall and it appears to be continuing its upward trajectory. This doesn’t happen if the school and the program don’t have the resources to offer him a full-ride as an out-of-state student-athlete. A player of his size and talent can have a big impact in the SWAC and it shows why the league doesn’t have too many — if any — cupcakes heading into 2022.

Why an HBCU flipping a Michigan State walk-on matters