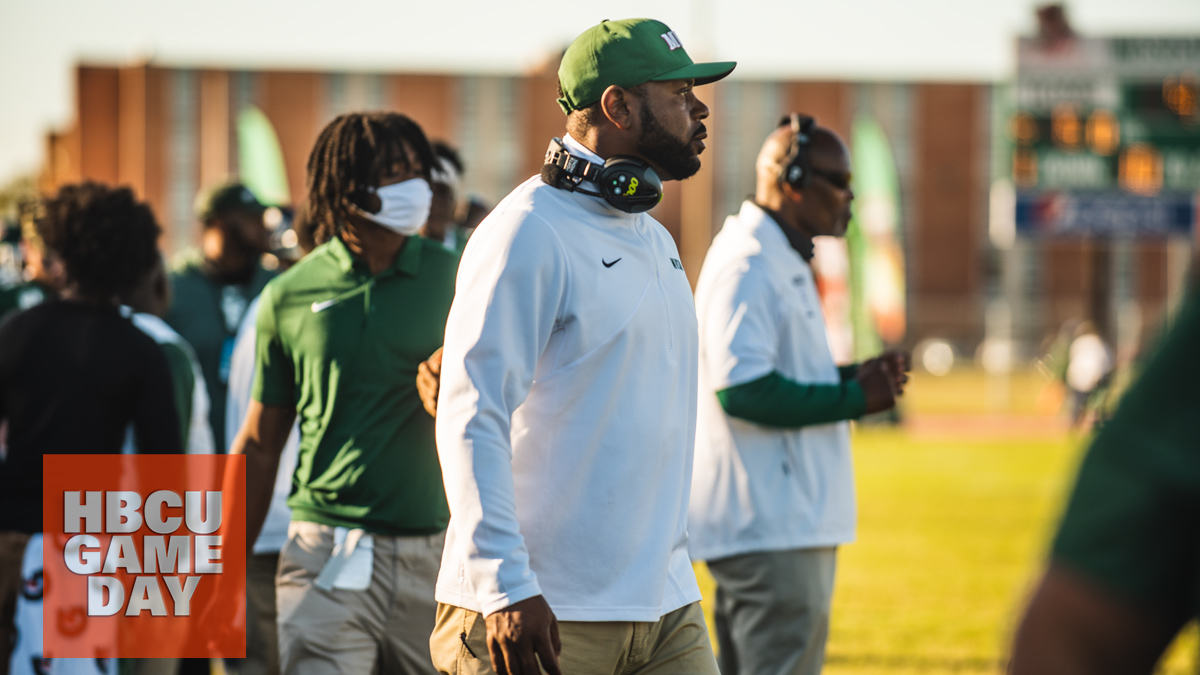 ITTA BENA, Miss. – The Mississippi Valley State University football team will retain its leader through the end of the 2023 season as Head Coach Vincent Dancy re-signed with the program Wednesday evening.

“We are so thankful that Coach Dancy has agreed to a new contract to continue to move our football program forward here at Mississippi Valley State University. During his time as head coach, he’s really made a difference in our growth and continuing to build our program,” said MVSU President Jerryl Briggs. “So we are thankful and we really look forward to the coming years of our football program continuing to be competitive and continuing to grow. And as we all do, we want to make sure that Mississippi Valley State University stays in motion.”

Coach Dancy, a former all-SWAC linebacker/safety at rival Jackson State, took over the reins on January 2, 2018, after spending three seasons as the squad’s defensive coordinator. He is in his fourth season at the helm of the Delta Devils and has seen his team improve in the win column each season since taking over, excluding the shortened Spring 2021 campaign.

The Shuqualak, Mississippi native has engineered the program’s best season in a decade here in the fall of 2021, guiding the Green and White to victories over North Carolina Central on Homecoming (17-16), at Bethune-Cookman (20-14) and on Senior Day versus Alabama State (44-31). The club’s three wins are its most since a 5-6 campaign in 2012 and its back-to-back triumphs over the Eagles and Wildcats were the team’s first winning streak since the 2012 squad won three straight to conclude the regular season.

“Coach Dancy is so deserving of a new contract.  He has been restoring our program over the past three seasons.  This year has been exciting and fun to watch.  His team has been ranked amongst the HBCUs,” Athletic Director Dianthia Ford-Kee stated. “His athletes have bought into his vision and have shown their tenacity against all opponents this season.  We are anxious to see what lies ahead.”

During Dancy’s four-year tenure in “The Valley,” he has brought in high-quality and high-character student-athletes while mentoring those already within the program. Defensive linemen have blossomed into stars under the up-and-coming coach as former Delta Devil Bryant Jones was listed on the Los Angeles Rams’ active roster in 2020 while current game wreckers Jeremiah Caine and Jerry Garner have each been invited to six prospect showcases this coming offseason. Garner, one of the few players that have spent his entire career in The Delta, is a two-time All-SWAC selection and was a finalist for the C Spire Conerly Trophy in 2020.

It has not only been in the trenches where Coach Dancy has excelled, developing All-Conference performers such as kick returner Booker Chambers, linebacker Tracy Thompkins and wide receiver Quinn McElfresh. Current redshirt-sophomore running back Caleb Johnson was recently named as a 2021 finalist for the C Spire Conerly Trophy alongside Heisman candidate/Ole Miss quarterback Matt Corral, Mississippi State wide receiver Will Rogers and Southern Miss defensive back Malik Shorts as well as fellow SWAC players from Alcorn’s Juwan Taylor (defensive back) and Jackson State’s Shadeur Sanders (quarterback).

“I would like to thank the President, Dr. Jerryl Briggs, for his commitment to myself and the program. I would also like to give a special thank you to our Athletic Director Mrs. Ford-Kee who took a chance on hiring me three years ago as the youngest head football coach in division one football, in which I will be forever grateful,” Coach Dancy said. “I also would like to thank my staff for their commitment and hard work every day. Finally, every player that I have had the opportunity to coach at this beautiful university. Thank you and I look forward to continuing to build a championship program here at Mississippi Valley State University.”