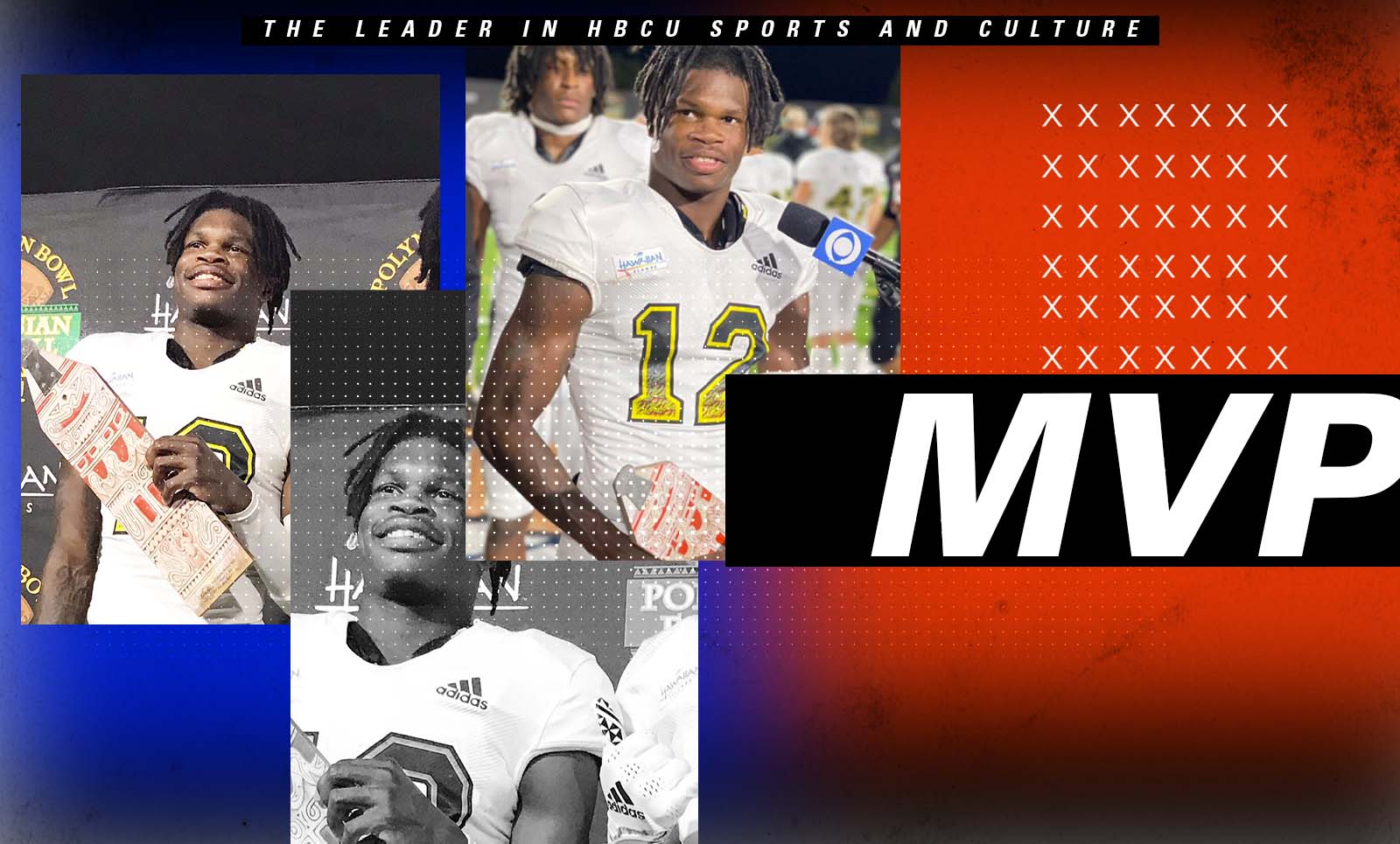 The Jackson State recruit continues to show why he’s the best in his class.

Travis Hunter Jr. continues to show why he was the no. 1 recruit in this year’s high school class. The Jackson State commitment earned Offensive MVP honors on Saturday night in the Polynesian Bowl.

Hunter had five receptions for 54 yards for team Makai which was coached by Grambling State legend Doug Williams.

In a sign of what might be headed to JSU, Hunter also had a goal line interception on defense.

In a nod to his future coach Deion Sanders, Travis Hunter twirled the ball on the field and did the “Primetime” trademark dance near midfield. Team Makai won over Team Mauka, 17-3.

The Polynesian Bowl is played each year in Hawaii and features the top high school players in the country. Fellow JSU recruit Kevin Coleman Jr. played in this year’s game as well.

Doug Williams coached against Trent Dilfer in this year’s game, pitting two Super Bowl Champion quarterbacks against one another.