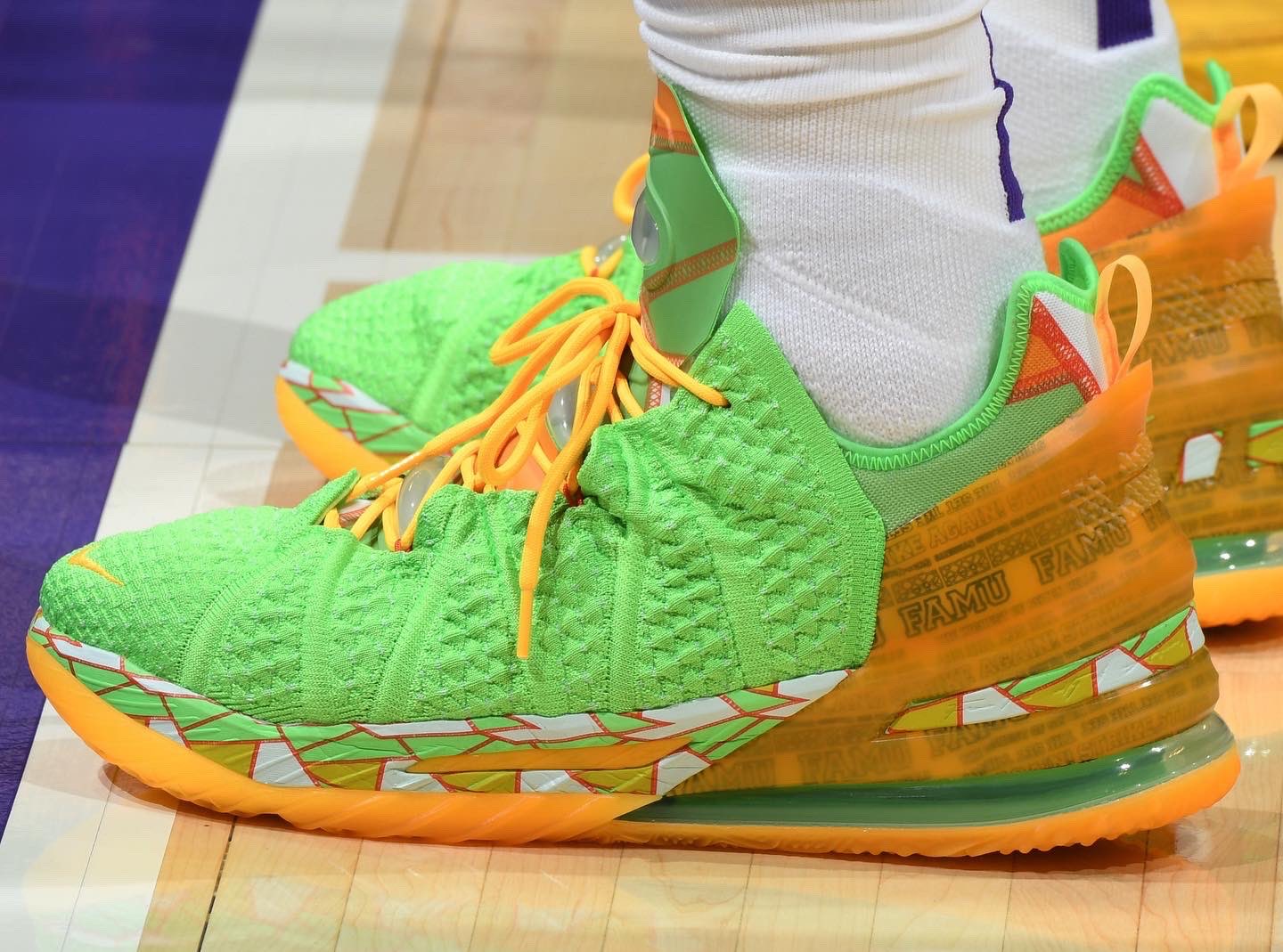 FAMU LeBron James gear in high-demand with no supply

Earlier this year, Nike and LeBron James came together to outfit Florida A&M’s athletic teams. But the fans want in, too

NBA superstar Lebron James, this generation’s top player, unveiled a partnership with Florida A&M University earlier this year.  In the multi-million dollar deal, FAMU athletic teams and the Marching “100” band are to be supplied with Lebron James’ signature label attire for competition.

The big kickoff was James himself wearing the signature FAMU shoes in a game against the Phoenix Suns last season.  James, a multiple time NBA champion, MVP and All-Star has posted pictures of himself in FAMU gear and sporting the shoes.  Shortly after the unveiling, the FAMU Marching “100” was invited to perform at the 2021 NBA All-Star game, introducing the West All-Star team led by James.

FAMU has recently unveiled its brand new basketball uniforms.  Marked with the King James logo, the photos have gained international attention as the first NCAA team to wear Lebron James branded uniforms. It even was the subject on Shannon Sharpe and Skip Bayless’ “Undisputed” program. Sharpe, a Savannah State University graduate, said that he wanted James to sponsor his school next and that he was lobbying James.

Make no mistake, the designs are undeniable.  The quality is first rate.  The unveilings are top notch. There is just one problem.

The gear is not available to the public.

FAMU VP and Director of Athletics Kortne Gosha is well aware of the demand for the product.

“We know demand for the gear is very high and some things are in the works as FAMU and Nike further collaborate to activate the retail access,” he told HBCU Gameday.

In any reputable business model, product marketing is usually followed by product availability in short order.  Nike, one of the biggest brands in the world, has mastered achieving hype for a product and rolling out that item in an optimal situation.

Not being one to engage in Michael Jordan-Lebron James conversations, this is a valid comparison.  Since the first Air Jordans came out in 1985, there is a frenzy around the release of each edition of the shoe.  In fact, today’s frenzy is just as energetic as when the original basketball shoes came out in 1985.

Fans of Jordan and fans of the shoes alike know that they can go to a local sneaker chain store. Additionally, Nike has a section of its website dedicated to the Jordan Brand.  The only reason the shoes or any of the gear is not accessible is because of the supply being sold out.  Because of the frenzy created by the shoes, that often happens.  Even in that situation, Nike bumps up production and makes the items available in short order.

Another example of Nike signature gear is the Tiger Woods line.  Nike organized the rollout of Tiger Woods’ clothes for major PGA Tour events in advance of the season.  For the first time in golf history, you could see his entire week’s wardrobe, with the clothes debuting in stores and online on the day he wore it.  This was the ultimate in promotion-production partnership.

Tiger Woods is an example of the power of marketing

In 2002, Tiger Woods was competing in the U.S. Open at Bethpage in New York.  The weather turned bad and it was raining.  Tiger Woods was given a prototype black Nike mock to wear for the tournament as a reaction to the weather.  On Monday following the tournament, an estimated 80,000 of the mocks had been requested by Nike gear distributors.

For some reason, with all the hype we’ve seen from the Lebron James gear, there is not a single item available for sale.  FAMU fans have asked in forums, in-person and all over social media where the elaborate shoes could be purchased.  As of today, even people on FAMU’s campus can’t answer the question.

To elevate, “sneaker heads” are scouring the globe for the shoes.  One shoe dealer was looking for a pair of size 11 shoes, offering to pay up to $1,200 for them.  This underscores the unique product that is the FAMU-Lebron shoe that captured the attention of the sporting goods consumers.

As a graduate of FAMU’s prestigious School of Business and Industry, I never took a class where we developed a product, got publicity, manufactured the actual product, attained an active endorsement deal for the product, but never put it on sale.  Nike: Read the room and give the people what they want!

FAMU LeBron James gear in high-demand with no supply